While 96 of the 100 commercial nuclear energy units in the U.S. are generating electricity, a few reactors in the East went offline in recent days and most cited maintenance as the reason 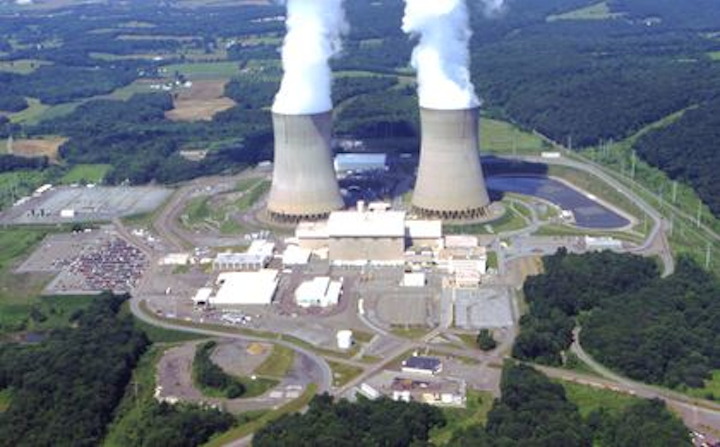 While 96 of the 100 commercial nuclear energy units in the U.S. are generating electricity, a few reactors in the East went offline in recent days and most cited maintenance as the reason.

PPL Corp. announced over the weekend that its Susquehanna 2 facility in Pennsylvania has again been taken offline to inspect turbine blades. PPL said the data from the extensive vibration monitoring equipment installed on the turbine indicates that a few turbine blades may have developed small cracks.

Turbine blade concerns have been a recurring issue for Susquehanna in recent times, according to GenerationHub. PPL Susquehanna installed newly designed blades on the Unit 1 turbine earlier this year, and based on their performance, is preparing to install similar blades during the next scheduled Unit 2 refueling and maintenance outage in the spring of 2015. 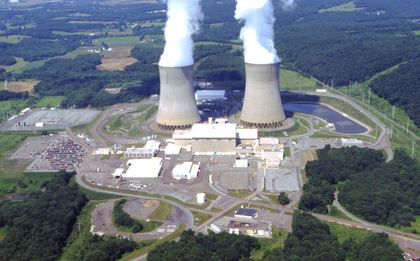 In New Jersey, PSEG said that it had taken the PSEG Hope Creek plant offline Sept. 5 to begin a maintenance outage to replace one of the station’s safety relief valves.

The valves’ primary function is to lift to protect the reactor from overpressure in the event of a transient such as a turbine trip or main steam valve isolation. While offline, additional maintenance will be performed including repairs to Hope Creek’s circulating water system.

Hope Creek is a BWR with a net generating capacity of 1,219 MW. Its next refueling outage is scheduled for spring 2015.

The neighboring dual-unit Salem Generating Station is not impacted with both its units remaining at full power, PSEG said.

Dominion said early Sept. 8 that North Anna 2 was taken offline during the weekend for a scheduled refueling and maintenance outage.

During the outage, one third of the reactor fuel will be replaced with new fuel, and several maintenance activities will be performed.

A key activity during this outage is the upgrade of seals in two of the reactor coolant pumps. These pumps continuously move the water that cools the reactor. Also, personnel will inspect and test tubes in a steam generator that produces the steam used to spin the electric generator during normal operation.

Like North Anna 1, Unit 2 is a pressurized water reactor (PWR) with an operating capacity of roughly 950 MW.

As previously reported, the Entergy FitzPatrick plan in Lycoming, N.Y., entered a refueling and maintenance outage in late August.

While the first day of fall is still a couple of weeks away, mild temperatures and modest prices for electric power and natural gas are common.

Southern California had the highest spot power price in the nation, at less than $51/MWh. Meanwhile nine of the 10 regions monitored by the Energy Information Administration (EIA) listed spot power prices that were either flat or lower than the previous business day.

Meanwhile all 10 of the EIA regions recorded spot natural gas prices that were lower than the previous day. The Nymex energy futures price for October delivery of natural gas remains below $4 – at $3.79/mmBtu to be exact.

The natural gas price on Sept. 5 was about 27 cents lower than it had been one week earlier but still about 22 cents higher than it was one year ago, according to EIA.

EIA also released a report Sept. 8 saying that geothermal resources provided 0.4 percent of U.S. electric generation in 2013. Most geothermal capacity tends to be concentrated in California and other Western states, the report said.