Nearly all U.S. nuclear power plants need extension past 60 years to operate beyond 2050

These reactors may now operate for a total period of 60 years. They represent a cumulative capacity of a little more than 69,000 MW 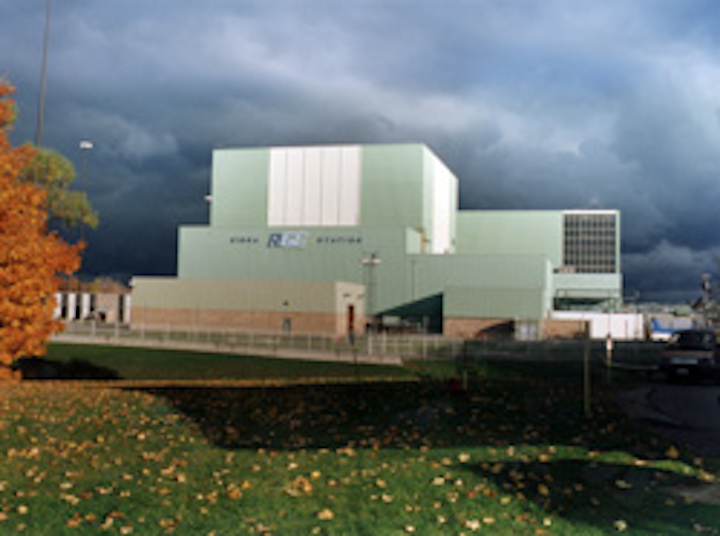 When nuclear power plants are built, the Nuclear Regulatory Commission (NRC) has the authority to issue initial operating licenses for a period of 40 years. Beyond that, the reactors need license renewals, and the NRC has granted 20-year license renewals to 74 of the 100 operating reactors in the U.S., according to the Energy Information Administration.

These reactors may now operate for a total period of 60 years. They represent a cumulative capacity of a little more than 69,000 MW. The NRC is currently reviewing license renewal applications for an additional 17 nuclear reactors, and expects to receive seven more applications in the next few years.

With the bulk of the existing nuclear fleet licensed before 1990, nearly all existing reactors will be more than 60 years old by 2050. Unless a utility applies for and receives a subsequent license renewal that could further extend the operating lives of their reactors up to 20 additional years, the reactors will not generate power beyond age 60. 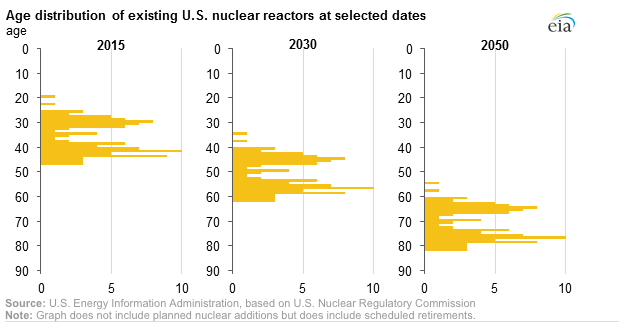 From a regulatory perspective, the NRC determined in August 2014 that existing license renewal regulations were sufficient to support the SLR process. The NRC's determination was supported by the May 2014 findings of the NRC's Advisory Committee on Reactor Safeguards, which stated that the current NRC license renewal framework would support SLR.

In making the decision to extend the operating lives of nuclear reactors beyond 60 years, the NRC will consider the long-term safety and security of continued reactor operation. In addition to the NRC, the U.S. Department of Energy, through its Light Water Reactor Sustainability Program, is one of several organizations studying the effects of aging on nuclear power plant systems, structures, and components.

Other industry groups involved in studying SLR include the Electric Power Research Institute and the Nuclear Energy Institute. International groups, such as the International Atomic Energy Agency and the Organization for Economic Cooperation and Development's Nuclear Energy Agency, are also involved in addressing life extension issues in support of nuclear power plants around the world.

U.S. utilities already make significant investments in maintaining and upgrading the current fleet of U.S. nuclear power plants to ensure safe, secure, and reliable operation throughout their 40- or 60-year lifetimes. The Electric Utility Cost Group estimated that the industry invested $6.4 billion in capital projects to upgrade and maintain nuclear power plant systems during 2013.