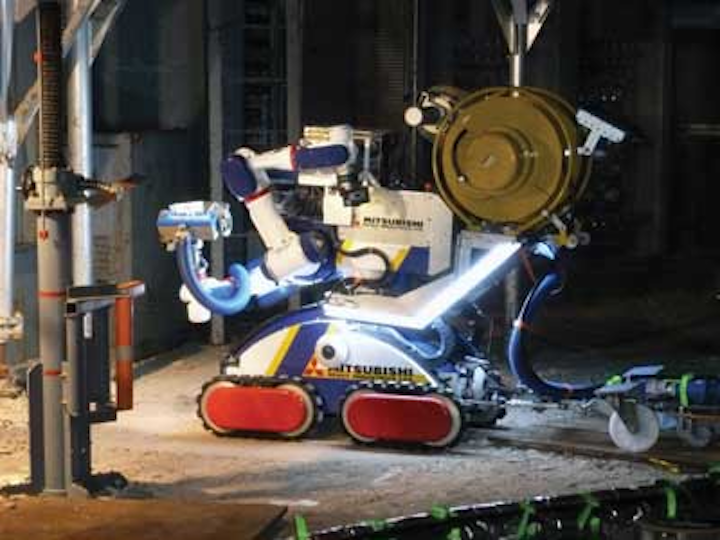 MEISTeR – Maintenance Equipment Integrated System of Telecontrol Robot – is 1,250mm x 700mm x 1,300mm (4 feet x 2 feet x 4 feet). It weighs 440 kg (970 pounds) and moves at 2 km per hour (1.2 mph). It is an enhanced version of a disaster response robot initially developed by MHI after the accident at the nuclear fuel processing facility in Tokai-mura in 1999. 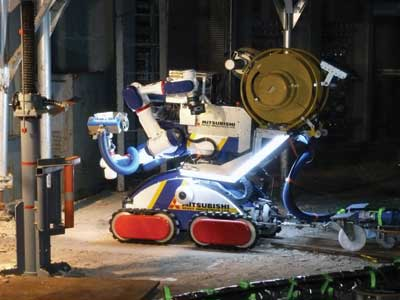 The improvements to the robot were aimed at enabling the robot's use at the Fukushima Daiichi plant. They were implemented in cooperation with TEPCO and the International Research Institute for Nuclear Decommissioning as part of a project funded by the Japanese Ministry of Economy, Trade and Industry.

The robot finished demonstration testing of decontamination work and concrete core sampling at Unit 1 of the power plant, which is operated by Tokyo Electric Power Co (TEPCO). The robot was developed to perform maintenance, repair and other works at disaster or severe accident sites. It can perform concrete core sampling, decontamination work, cutting of obstacles obstructing pathways and other works in nuclear power plants.

The robot performed testing of two decontamination processes for a month inside Unit 1. One process sucks up radioactive material through a nozzle, while the other uses a jet of abrasive blast material to scrape off a thin layer of a contaminated surface.

MHI plans to develop more robots to meet the diverse needs of the Fukushima plant and others.