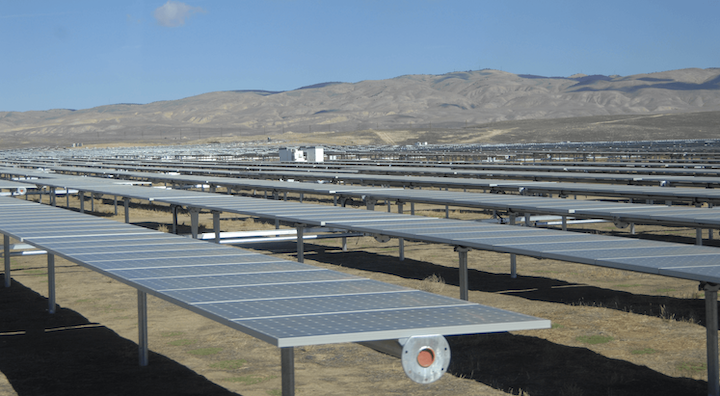 A $46 million solar project in California’s Imperial Valley will be built by Boston-based nonprofit Citizens Energy Corporation following the unanimous vote of the local utility’s board of directors.

Citizens Energy will own and operate the 30 MW project being built on 200 acres of land leased from the Imperial Irrigation District. Under IID’s groundbreaking “eGreen” program, based on a community-shared solar model, affordable power will yield savings to 15,000 low-income households.

“We believe all customers should have a choice and an opportunity to support and benefit from locally produced renewable energy,” said IID Board President James Hanks. “It has been our belief for quite some time now that a program such as this could be beneficial for all of our customers. I’m very pleased that we were able to put together a deal with Citizens that will turn this into a reality.”

With the board’s vote Tuesday, IID agreed to purchase two thirds of the project’s power. The project’s remaining power will be purchased by a Citizens Energy unit, Citizens Sunrise Transmission, using profits from its stake in the $1.8 billion Sunrise Powerlink high-voltage transmission line.

All of the power will be allocated at cost to qualified low-income households served by IID, a publicly-owned utility. To date, Citizens Energy’s charitable investments in the Imperial Valley have focused on residential rooftop solar systems. Under the unique “eGreen” program, Citizens will be able to reach more families in need and provide them a greater benefit.

“We are proud to work with our friends at IID to harness clean, renewable power for the benefit of both low-income homeowners and renters in the Imperial and Coachella Valleys,” said Citizens Energy Chairman Joseph P. Kennedy II. “The Aztecs and the Mayans worshipped the sun and drew on its power to create great civilizations. We are committed to drawing on that same power to forge a greener civilization, free of fossil fuels, that will protect that planet and help thousands of struggling families with affordable electricity.”

Citizens Energy Corporation has nearly a decade of experience developing solar projects through its Citizens Solar division as well as expertise running major charitable programs over four decades. With a $225 million portfolio of over 30 completed utility-scale solar projects and a robust development pipeline, Citizens Energy is well prepared to take on this innovative project. The company’s solar projects represent 86.1 MW of solar capacity and produce enough electricity to offset 89,000 tons of carbon annually.