Connecticut regulators: Nuclear power should get to compete with wind, solar 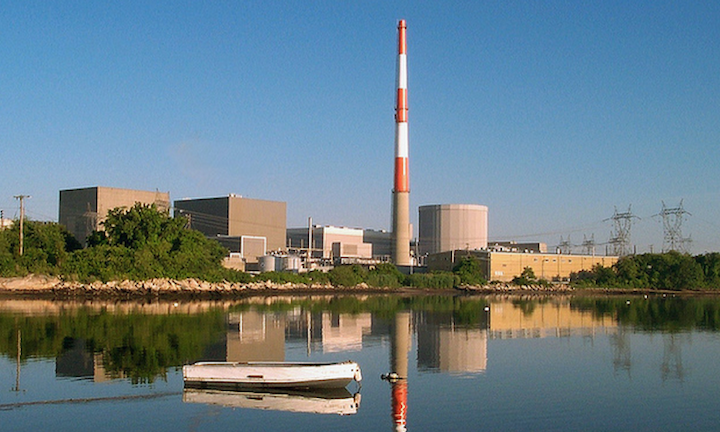 HARTFORD, Conn. (AP) — Connecticut regulators have recommended the state become the latest to consider its nuclear power plants in the same category as other so-called clean generators, such as wind, solar or hydroelectric, when it comes to buying electricity.

A draft report from the Connecticut's Public Utilities Regulatory Authority this week would clear the way for Dominion Energy, operators of the Millstone Nuclear Power Station in Waterford, to bid for contracts on the state's clean energy market.

Several other states, such as New York and Illinois, are offering nuclear generators so-called clean energy credits or subsidies to stave off the closing of financially struggling power plants.

Connecticut passed legislation in October asking its regulators to determine if there was a financial reason to give Millstone preferential treatment over more traditional generators.

This week's report recommended opening the clean-energy market to Dominion, even though it found the plant likely will be economically viable without any help from the state for at least another 17 years. The regulators, working without detailed financial documents from Dominion found that "changed cost inputs, if verified by review of audited financial documents, could result in the Millstone units being at risk."

They said the move is justified because any potential closing of the plant could have economic and environmental consequences, such increasing carbon dioxide emissions throughout New England by 25 percent.

"Replacing 100 percent of Millstone's output with zero carbon resources would cost Connecticut ratepayers approximately $5.5 billion," according to the report.

The recommendation has drawn criticism from other energy producers and environmentalists. They and other stakeholders have until Thursday to respond to the draft report, before a final report is submitted for legislative approval Feb. 1.

David Gaier, spokesman for NRG East Region, one of those producers, said it will lead to higher rates for consumers, as the state chooses Millstone for contracts over cheaper alternatives.

"It's also very bewildering to us that Millstone would be considered a renewable resource like wind and solar," he said. "It generates nuclear waste that's hazardous or dangerous for thousands of years."

But state Sen. Paul Formica, R-East Lyme, a co-chair of the Energy and Technology Committee whose district includes Waterford, said it's important to note that the state would not be not be handing Dominion any subsidies and the recommendation would only allow it to bid on contracts.

The process also would include conditions to ensure that the state's ratepayers don't pay above-market costs for "resources that are not verified to be at risk of retirement."

And not all wind and solar advocates oppose the plan. Francis Pullaro, executive director of Renew Northeast, an association of the renewable energy industry, said they understand the need to give something to Dominion to allow Millstone to remain viable as a bridge until its capacity can be replaced.

"But we also are going to need to get new renewable resources built," he said. "We need to make sure there is actually something there at the end of that bridge."