The legislation has the backing of PSEG 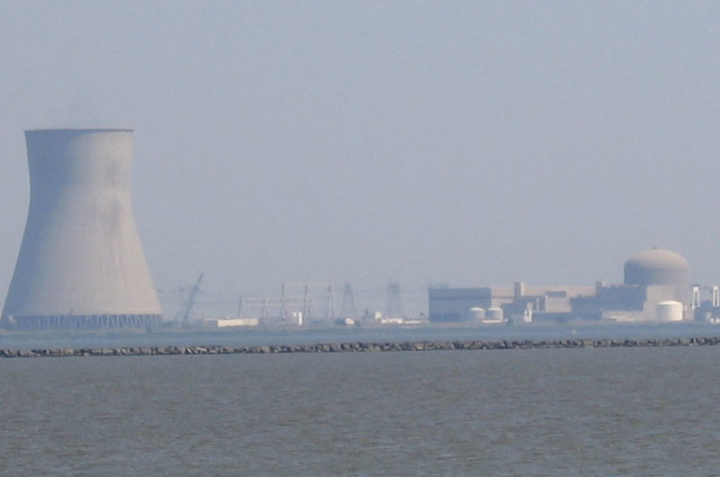 The new legislation comes a day after records obtained by the Associated Press showed that PSEG lobbyists and former Republican Gov. Chris Christie's administration collaborated on drafting the previous, $300 million legislation, including the addition of more "stringent" financial confidentiality language. PSEG says the language is standard and needed to protect competitive, proprietary information.

Those additions under Christie's administration formed the basis of some of the harshest criticism of the bill, specifically that PSEG hasn't shown financial need for the legislation. PSEG says the shuttering of the plants would mean the loss of thousands of jobs and a zero-carbon-emitting energy source.

Sweeney and Smith said the changes to the bill reflect input from the new governor and other stakeholders. Sweeney pushed back at the notion that the public was being left out of the process and that the Board of Public Utilities could review any financial information under the bill.

The legislation doesn't ensure the ratepayer subsidy, estimated at up to $41 a year, would be paid out and that the company would have to show need for it, he said.

"PSEG will show their books to the BPU and BPU has the authority and the ability to make a determination," Sweeney said. "There's not a guarantee."

The new legislation includes requirements for new energy-efficiency standards, solar energy credits, a new ability for neighborhoods to invest in solar energy projects and a program to give financial assistance to offshore wind projects.

It's unclear how those changes could affect the bottom line for ratepayers, but there could be an additional cost, Smith suggested.

"There is no free lunch," he said.

The bill's critics say they want more time to review whether the rescue package is needed. Stefanie Brand, whose independent state office advocates for ratepayers, called for adding language that would give her the ability to weigh in on the credits.

Other critics, like PSEG's competitors, argued the legislation gives the company an unfair handout.

The earlier version of the bill was expected to get a vote in committee Thursday, but Sweeney delayed the vote until Feb. 5 to give stakeholders more time to review the measure.

The Democrat-led Assembly has not weighed in yet.

Murphy's spokesman said he would not say anything until the bill reaches the governor's desk, if it does. But earlier Thursday, Murphy said at an unrelated event in Cranbury that he's "completely committed" to keeping nuclear plants open because they're a bridge to a "clean energy future."

He added that he's had "very good discussions" with legislative leaders.