EEI Names Duke Energy CEO Good as Chairman of Board 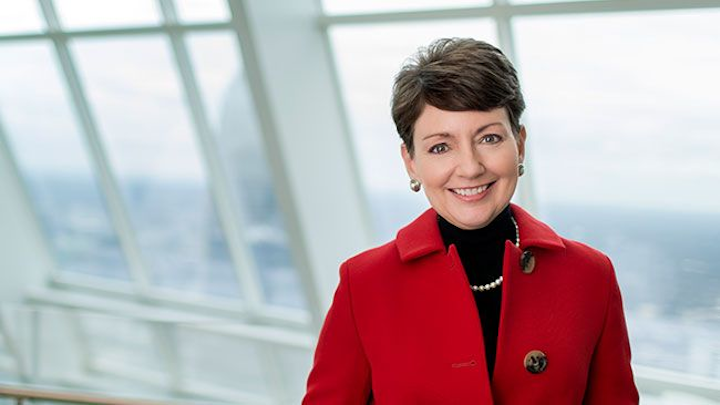 Good will succeed Patricia Vincent-Collawn, CEO of New Mexico-based PNM Resources, as chairman of the EEI board. Also moving up to vice chairmen are Chris Crane, CEO of Exelon Corp., and Xcel Energy CEO Ben Fowke.

The EEI's chairmanship rotates on an annual basis.

“On behalf of the entire EEI team, I would like to extend our thanks to Pat Vincent-Collawn for her dedication and terrific leadership as EEI Chairman,” said EEI President Tom Kuhn in a statement. “During her chairmanship, Pat has worked tirelessly to advance EEI’s policy goals, while also bringing our industry’s commitment to diversity and inclusion into the spotlight.”

“Thanks to Pat’s efforts, more electric companies are now engaging with their communities about smart initiatives,” Kuhn added.

Good topped a 10-year utility career when she was named Duke Energy’s CEO in 2013. She began at Cinergy in 2003 and worked there until its 2006 merger with Duke, where she eventually was promoted to chief financial officer. Prior to that she spent years working at major accounting firms, including Arthur Anderson.

“Today's environment provides an incredible opportunity for our industry to innovate,” said Good. “As EEI chairman, I look forward to collaborating with leaders, policymakers and other stakeholders to meet the changing needs of our customers and deliver the experience they expect from their energy provider.”

Crane joined ComEd, which later became Chicago-based Exelon, in 1998 and was named chief nuclear officer in 2004. He was Exelon president and chief operating officer before becoming CEO in 2012.

“Chris is a tremendous leader for our industry, and we are fortunate to have him continue serving as vice chairman,” said Kuhn. “We are also excited for Ben to join EEI’s leadership team, and we look forward to drawing upon his wealth of industry experience.”

Fowke has been CEO of Minneapolis-based Xcel Energy since 2009. He previously worked at FPL Group, DWG and KPMG.