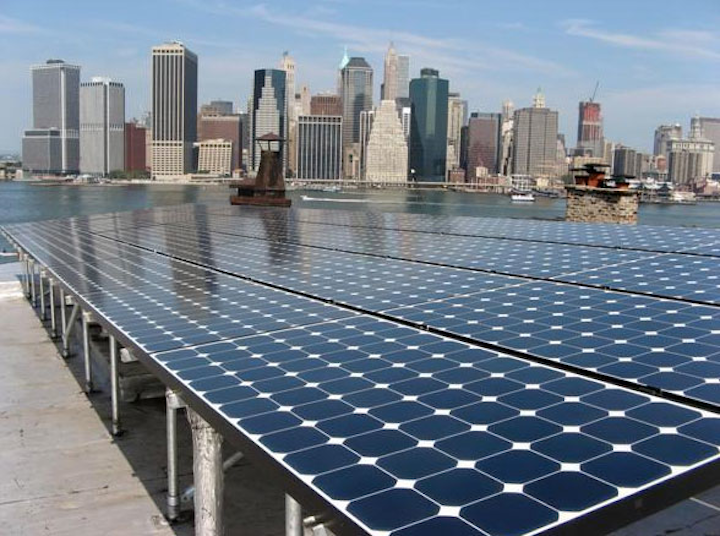 Cuomo said solar power is critical to achieving the mandate for half of all electricity consumed to come from renewable energy sources by 2030 and cements New York as one of the national leaders in clean energy growth.

"Solar is a vital part of this state's clean energy future and we have experienced unprecedented growth in this new sector," Governor Cuomo said. "We will continue to support the development of solar, helping to spur economic growth, creating new jobs and helping to build a cleaner, greener and more sustainable New York for all."

The announcement was made today by Lieutenant Governor Kathy Hochul at McKinley High School in Buffalo, where she also lauded what is currently the largest state-supported solar project in a school district in New York State. The 19 solar installations at Buffalo Public Schools total nearly 3 MW.

Projects are installed and operational at 18 locations with the one remaining solar project expected to be operational in the coming months. In total, the projects are anticipated to reduce greenhouse gas emissions by more than 1,700 metric tons annually, the equivalent to removing more than 370 cars from the road.

The growth of solar power is attributed to a combination of factors, including the NY-Sun Megawatt Block Incentive program and a decline in solar equipment prices and a growing solar installation industry.

The largest percentage increase in solar power was in New York City, followed by the Mohawk Valley, Mid-Hudson, Central New York and the Capital Region.

Long Island now has nearly 420 MW of installed solar capacity, enough to power more than 70,000 average homes. Many of these projects received funding through the NY-Sun program or PSEG Long Island solar programs.

Long Island is the first New York region to meet the state's megawatt block target for the residential market, underscoring the effectiveness and success of NY-Sun and the other Long Island utility programs. The residential momentum across Long Island is expected to continue because of federal and state tax credits, affordable financing for underserved communities, and an established market of solar developers.

In addition to the more than 1,000 percent increase of completed projects, there are 1,097 MW of solar projects currently under development statewide. If built, those installations would produce enough energy to power more than 186,000 average homes.

In that pipeline are 728 MW of community solar projects that will expand the market to residents who cannot put solar panels on their own homes. New York also receives on average 900 applications monthly for residential systems.

In 2014, Cuomo made a commitment of nearly $1 billion to NY-Sun to stimulate the marketplace and increase the number of solar electric systems across the state over 10 years. NY-Sun aims to add a total of 3 GW of installed solar capacity in the state by 2023.