After continued delay on the Senate floor, lawmakers broke again to negotiate behind closed doors for several more hours before returning to give initial approval to a compromise bill with a voice vote 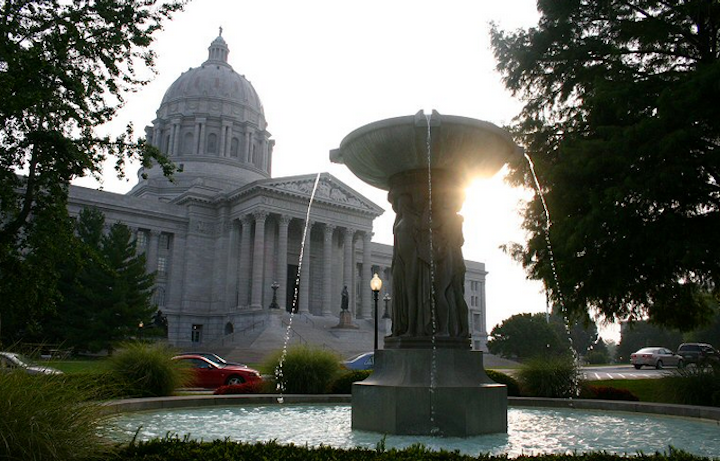 JEFFERSON CITY, Mo. (AP) — The Missouri Senate on Thursday advanced legislation that could reward utilities making improvements to their infrastructure with more consistent rate increases on their customers, a move that came after a more than 20-hour, overnight filibuster finally ended.

The legislation changing the way utilities are regulated drew intense opposition from some senators who said it would drive up costs for millions of residents and businesses. Supporters countered that rates are likely to rise anyway, and the bill would provide predictability by limiting annual average rate increases to 2.85 percent.

The Senate began debating the bill around 7 p.m. Wednesday and worked more than 20 hours straight until taking an hour pause and then picking up with the filibuster again around 4:15 p.m. Thursday.

After continued delay on the Senate floor, lawmakers broke again to negotiate behind closed doors for several more hours before returning to give initial approval to a compromise bill with a voice vote. Another vote is needed for the measure to move to the House.

While the heart of the bill remained largely intact, opponents stood down after more limits were put on benefits for utilities, including lowering the annual rate cap from 3 percent to 2.85 percent.

"They can use the mechanism, but it protects the consumers from high rate increases," said Farmington Republican Sen. Gary Romine, who was among a small group of senators who led the filibuster.

Missouri Gov. Eric Greitens told reporters earlier Thursday at the Governor's Mansion that he was reserving judgment on the evolving bill but supports "regulatory reform" and the efforts of the bill's lead sponsor.

"I think it's going to lead to more jobs and higher pay," the Republican governor said.

Such companies currently work through lengthy rate cases at the PSC. When utilities make infrastructure improvements between rate cases, the new facilities began depreciating immediately and the full cost of that capital investment is sometimes not fully recovered by utilities in subsequent rate cases, said Warren Wood, Ameren Missouri's vice president of external affairs and communications.

He said the legislation would encourage infrastructure investment by changing the accounting method for those improvements, although the bill that ultimately advanced was less generous in how much utilities could recover.

Ameren serves 1.2 million electricity customers and 127,000 natural gas customers in Missouri and is a major force at the Capitol. It's donated hundreds of thousands of dollars to candidates and political committees over the past few years and registered more than 40 lobbyists for its various subsidiaries.

"The current system that we have that's outdated will allow for unpredictable and sometimes uncontrollable rate increases," said Senate Majority Leader Mike Kehoe, a Republican from Jefferson City. The bill "allows the utilities to perform the maintenance and infrastructure improvements they need to do with a predictable rate for both residences and businesses."

The bill also includes a provision giving the PSC the authority to more quickly lower rates for consumers to account for corporate tax cuts included in a new federal tax overhaul. Republican Sen. Ed Emery, of Lamar, said that provision could result in savings of $100 million for consumers.