E3X is a thin but durable coating applied to overhead conductors to lower conductor operating temperature. 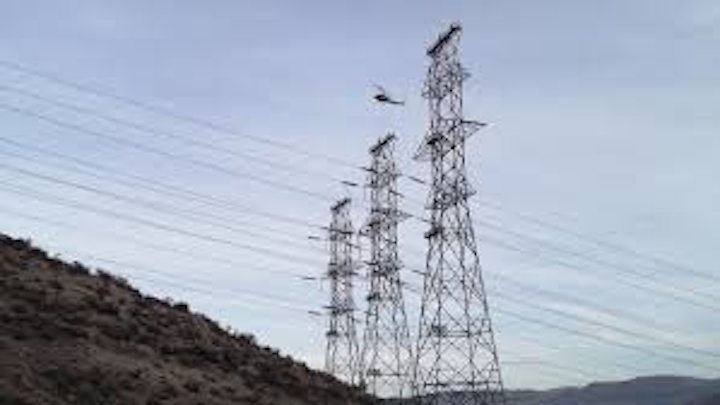 HIGHLAND HEIGHTS, KY, FEB 4, 2019 -- Prysmian Group North America, a world leader in the energy and telecom cable systems industries, is pleased to announce that its General Cable E3X® Technology is now included as a standard feature on ACCC®* bare overhead transmission conductors for the energy sector. This is yet another example of Prysmian's commitment to drive innovation and set new standards for reliability and sustainability that allow utilities to supply safe, clean, reliable and cost-effective power for generations to come.

E3X is a thin but durable coating applied to overhead conductors to lower conductor operating temperature. E3X lowers temperature by increasing the rate of heat dissipation from the surface of the conductor and by decreasing the absorption of solar energy.

About Prysmian Group North America
Based in Highland Heights, KY, Prysmian Group North America operates in the United States and Canada. In July 2018, the Group finalized the acquisition with General Cable resulting in combined operations that include 23 plants, 6 R&D centers and over 5,800 employees. In 2017, Prysmian Group North America's combined net sales exceeded $3 billion. The Group is strongly positioned in high-tech markets and offers the widest possible range of products, services, technologies and know-how. A world leader in the design, manufacture and sale of wire and cable products, Prysmian Group North America's business units include power distribution, specialty, telecoms, trade & installers and energy projects (HV). From a cable producer supplying to several industries, to a technology enabler making progress happen, the Group provides customers and communities worldwide with cable solutions based on state-of-the-art technology, consistent excellence in execution and in-depth understanding of the needs of an evolving market. We drive the flow of energy and information everywhere to enable and sustain human achievement everywhere. Prysmian Group is a public company, listed on the Italian Stock Exchange in the FTSE MIB index. Additional information is available at na.prysmiangroup.com.