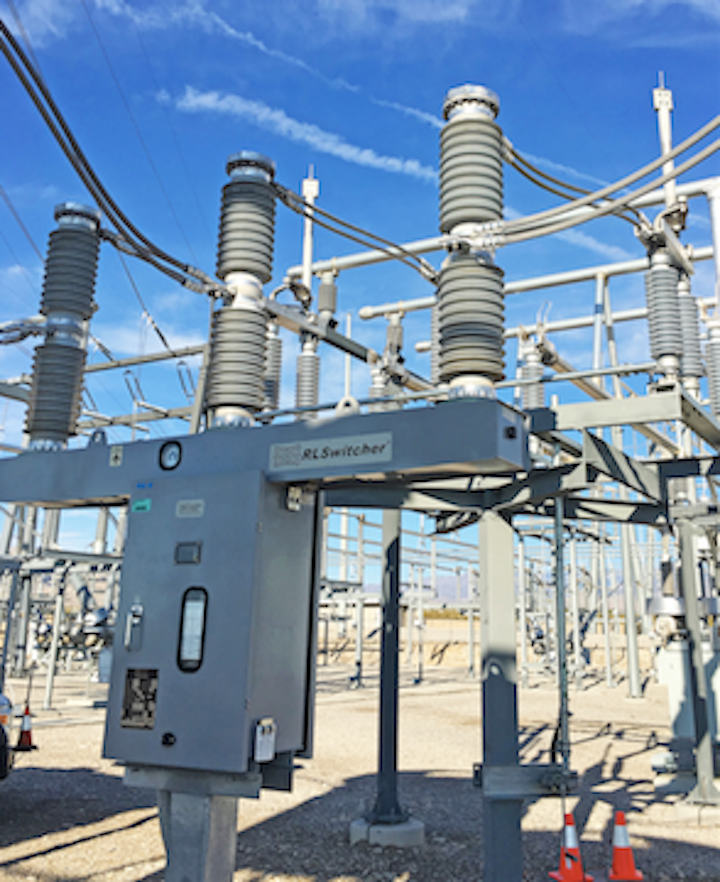 The reactors strengthen the utility's ability to maintain power quality as they had to the 50 already completed distributed energy resources (DERs) projects.

HAMPTON, GA, NOV 13, 2018 – Southern States LLC, a leading provider of switching, automation and protection solutions to utilities for over 100 years, was selected to provide their RLSwitcher® to switch two 34.5 kV shunt reactors installed on the NV Energy electric transmission system in a substation near Las Vegas.

The shunt reactors, located on the transformer tertiary, are an important supporting element to NV Energy's goal of doubling its reliance on renewable energy by 2023. The reactors strengthen the utility's ability to maintain power quality as they add to the 50 already completed distributed energy resource (DER) projects. Optimal system efficiency often requires switching these reactors in and out of the system daily. The highly inductive load and the frequent switching is a very difficult duty for traditional switching devices and has led to early circuit switcher failures.

The Tertiary RLSwitcher's design differs from conventional circuit switchers in that it was designed specifically for switching shunt reactors. The unique interrupter design minimizes the harmful re-ignitions, that cause the failures in general purpose switching devices, allowing the utility to reliably switch the reactors as needed for optimal system efficiency.

"People forget that you now have all these distributed energy resources (DERs) integrating into the grid, and you need something to efficiently and safely switch them in and out. That's where these Southern States switchers play a crucial role," said Larry Helwig, NV Energy's senior substation engineer.

About NV Energy
NV Energy provides a wide range of energy services to 1.4 million customers throughout Nevada and more than 43 million tourists annually. NV Energy, Inc. is a holding company whose principal subsidiaries, Nevada Power Company and Sierra Pacific Power Company, are doing business as NV Energy. The company is headquartered in Las Vegas, Nevada. Information about NV Energy is available on the company's website, Twitter, Facebook and YouTube pages, which can be accessed via http://www.nvernergy.com/.