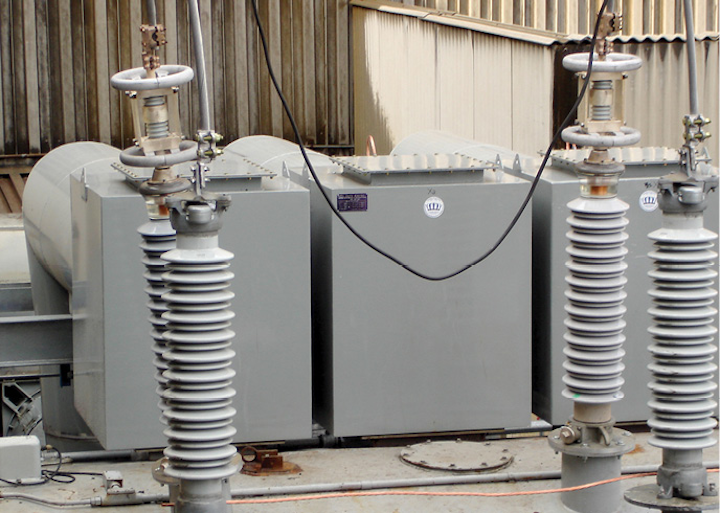 Among the design features critical to IPBs are the support insulators that hold the heavy-gauge, high-amperage conductors in place.

Isolated-phase bus (IPB) systems are the critical first link in the power transmission chain. As a highly reliable method of construction for moving bulk electrical power, IPB duct systems are the super highways that carry a power plant’s very large amperage between the generator’s output bushings and its associated main step-up (GSU) transformer. IPBs are typically rated from 6,000 to 45,000 amps with lower amperage tap connections to excitation and auxiliary transformers as may be needed.

Given their critical role, IPBs must provide a very high degree of rugged reliability and fault avoidance to keep power generation facilities operational without outages, downtime or severe equipment damage. Failure is simply not an option.

By their very definition, IPBs are designed to provide protection from faults by carrying each phase of current on a conductor mounted within its own separately enclosed, grounded metal housing. The conductors are usually hollow aluminum tubes supported within the housing, hung on or between stand-off insulators. Due to the heat generated, the housings may be self-cooled or force-cooled so that the IPB always operates within the maximum allowable top temperature as specified by IEEE/ANSI.

As a successor of the Westinghouse heritage, Crown Electric has continued to improve on the original Westinghouse design with refinements to IPB insulators, insulator mountings and the continuous housing assembly, among others. These iterative improvements continue to strengthen the well-known and respected reputation for rugged reliability of the Westinghouse-based IPB design. 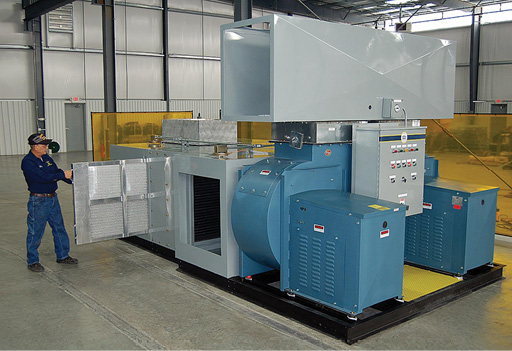 Among the design features that are critical to IPBs are the support insulators that hold the heavy-gauge, high-amperage conductors in place. These electrical stand-offs must withstand high temperatures, worst case mechanical fault forces and electrical stresses — regardless of the IPB’s operating conditions and environment. Salt, moisture, coal dust and ambient particulate can all be present and potentially accumulate within the housing.

In the IPB design from Crown Electric, high-strength, high-creep porcelain insulators are used to provide better resistance against tracking to ground. The insulators also have carefully chosen dew point ratings so as to eliminate potential failures associated with environmental moisture and condensation. This totally passive “belt and suspenders” approach ensures this modern version of the Westinghouse design never loses its nameplate rating.

Unlike designs requiring the introduction of auxiliary forced pressurization to control condensation, this approach negates the needs for costly space heaters and pressurization systems that are mandatory for others.

If IPB conductors could magically be suspended in the center of the housings, voltage withstand would never be an issue. But until that time comes, stand-off insulators are required to center and support the IPB conductors.

Because each IPB support insulator is ultimately a potential point of tracking, each additional insulator also statistically increases the potential points of creepage paths to ground (due to dirt or a crack) and failure. In other words, the fewer the number of insulators, the higher the reliability. By maximizing insulator strength to control both static and fault forces, the required number of points for mounting and points of possible tracking are minimized.

In this regard, Crown Electric’s Insul-Mount™ support design results in the fewest required insulators per linear span. Each stand-off insulator is mounted within a welded aluminum casting (known as a “window”). The window design provides superior ease of insulator access, facilitates cleaning of the insulators in place without the need for removal, and enables visual inspection of the mounting hardware and the local internal IPB conductor.

Most other IPB designs require the opening of an insulator’s mounting/cover plate and the complete removal of that insulator before it can be inspected and cleaned. This is a tedious and time-consuming process that also increases the possibility of the insulator being dropped or in other ways damaged when removed. Additionally, reinstallation of the stand-off insulator covers and their mating gaskets can lead to resealing issues with an associated continuous leakage of air. 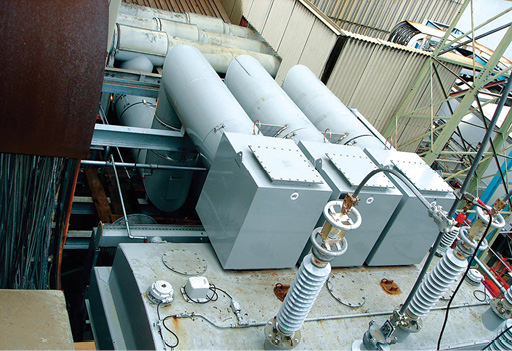 IPBs are designed to provide protection from faults by carrying each phase of current on a conductor mounted within its own separately enclosed, grounded metal housing.

Continuous housings are fabricated from lightweight aluminum sheets rolled and then seam-welded to the appropriate diameter for each rating. Cylindrical sections are butt-joined by various perimeter welding techniques to maximum strength and conductivity, creating an effective weather-tight enclosure that protects conductors and support insulators from the surrounding environmental conditions. These lightweight IPB sections are specifically engineered to be shipped in the greatest practical lengths with fewer joints to field weld.

With a continuous IPB design, the enclosure acts as its own ground plane, eliminating the need for a separate ground bus. The enclosure is at ground potential over its entire length so a single connection to the station ground can usually provide complete grounding.

A continuous housing design eliminates the electrically isolated sections associated with older non-continuous designs. As there is no voltage potential between enclosure sections, failures due to intersectional arcing are eliminated.

With power generation facilities so dependent on reliable IPB systems, plant engineers and maintenance managers have a responsibility to ensure serious faults that could harm personnel or connected capital equipment will not occur. By taking advantage of significant Crown Electric design improvements that build on the already reliable, well-established Westinghouse foundations, IPB duct has never been more rugged or reliable. UP

The Author: Del Williams is a technical writer based in Torrance, Calif. He writes about energy, health, technology and educational issues and holds a master’s in English from CSU Dominguez Hills.