Facility managers are under stringent time constraints when taking a system out of service, performing necessary maintenance tasks — as well as making unanticipated repairs — and returning the system to service. 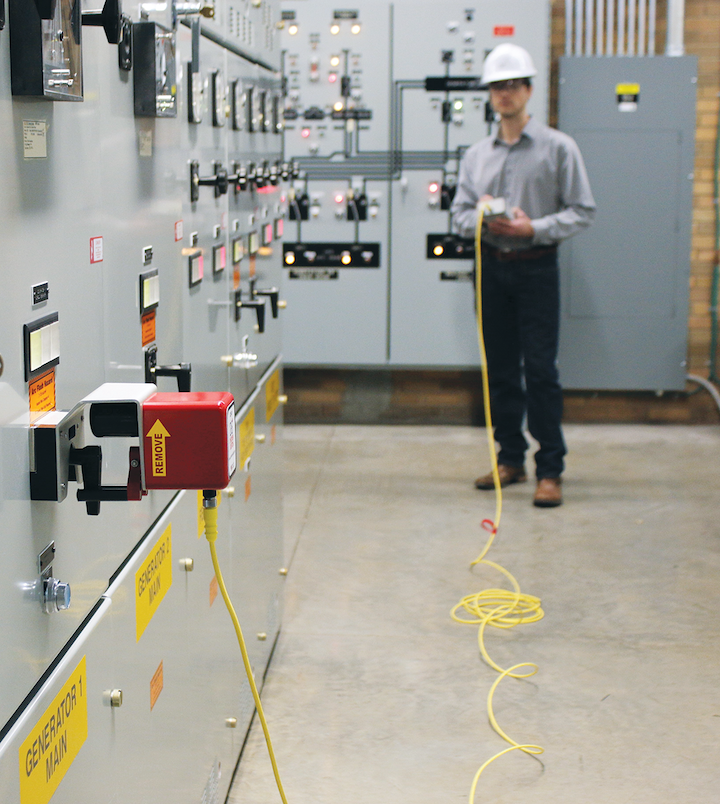 Facility managers are under stringent time constraints when taking a system out of service, performing necessary maintenance tasks — as well as making unanticipated repairs — and returning the system to service.

It’s All a Setup, With Good Intentions

Most well-run, progressive-minded companies readily accept the fact that their electrical distribution system is fundamental to the operation of their facilities. 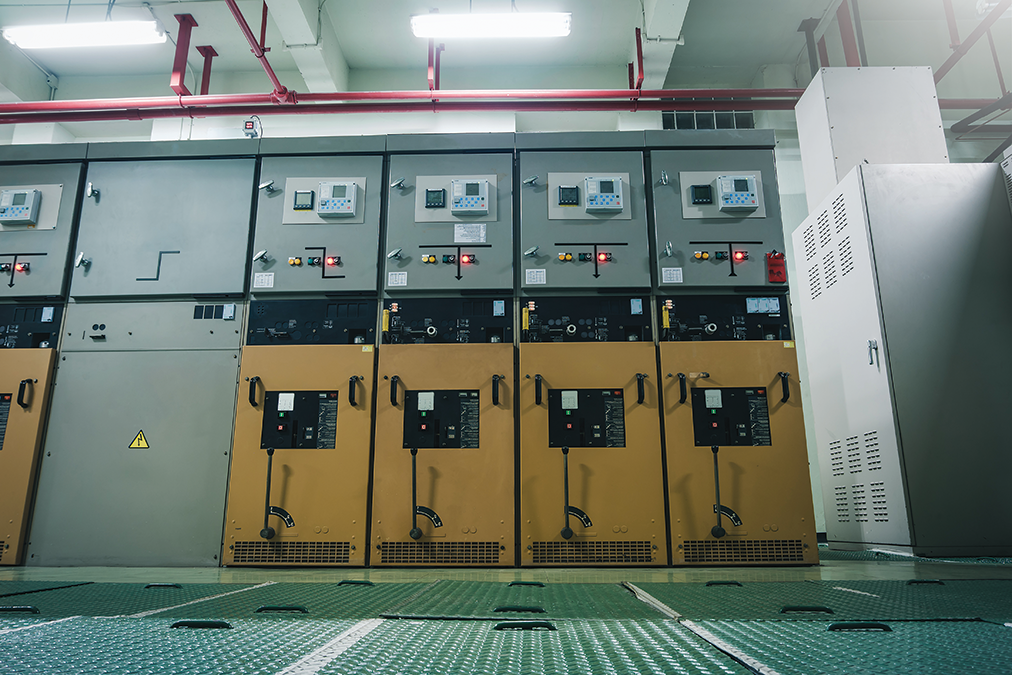 Industrial electrical switch panel.Maintaining the electrical is not an option — it is a must, not merely from a continuity of operations perspective but also from a loss prevention perspective. Delaying the restart of a manufacturing process after a planned maintenance outage because of “schedule creep” or “scope creep” can be costly. Extended outages caused by major equipment failure can be devastating.

As important as these economic factors are, the prevention of a life-altering injury or death trumps all economic incentives. However, few would disagree that protecting people is also a form of loss prevention. Aside from employers’ moral responsibility to protect their workers, the failure to adequately protect people will likely result in significant economic losses in the form of OSHA fines, medical payments, higher workers’ compensation premiums, and litigation.

Electrical maintenance outages are high stress for everyone concerned. The plant manager just wants it to be over so that operations can return to normal as soon as possible. The electrical distribution engineer wants the greatest amount of work possible done in the allotted time to ensure that he never has to answer to the plant manager for an unplanned outage. The maintenance crew wants to be thorough and do a good job, but they also know the criteria for deeming a job well done: returning the system to operation on time, with just enough bad news about the condition of the equipment to justify the expense of the outage but not enough bad news that a restart is delayed or that significant repairs are necessary.

All these real-world pressures and competing objectives can produce a high-risk situation when the time comes to reenergize an electrical system following a planned maintenance outage.

Three major categories of risk-creating scenarios will now be explored. 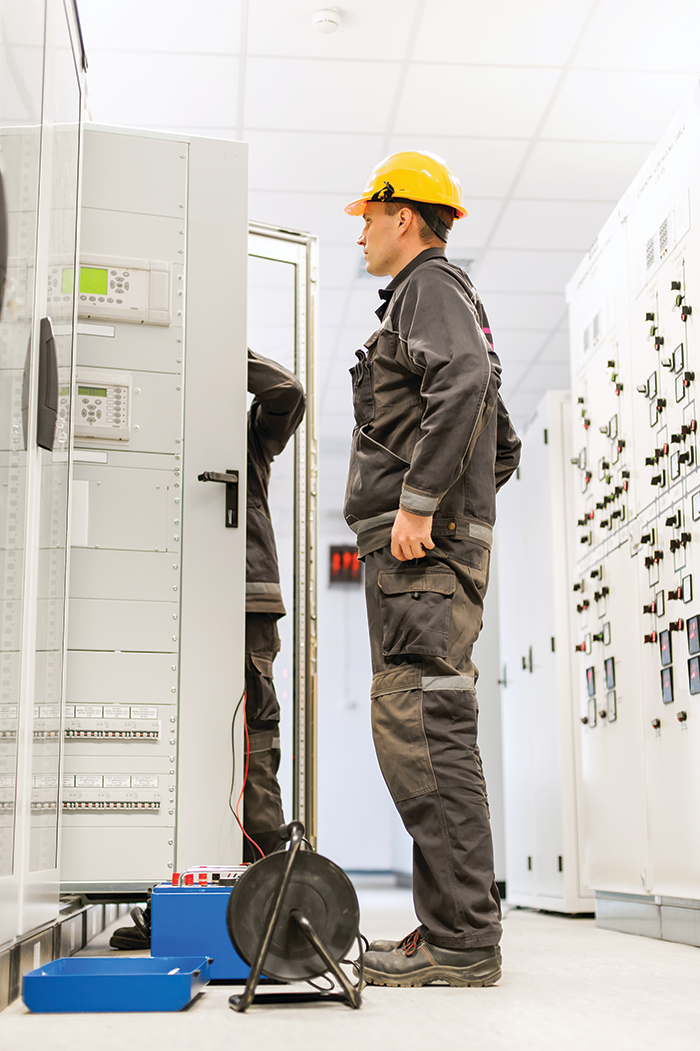 Field service engineers inspect system with relay test set equipment.Although the objective of the maintenance outage is to extend the equipment life span and promote safe and reliable operation, the opposite is sometimes the outcome. Humans perform maintenance tasks, and humans make mistakes. Even the best technicians get distracted and fatigued.

Recently, a facility owned by a Fortune 500 company experienced a serious arc blast event because a blown current-limiter sensing wire was left disconnected on one end. When the breaker was returned to service, the lead contacted a grounded surface and an arc blast ensued.

Not all equipment deficiencies in this realm are caused by careless acts. Experience has shown that, particularly in older facilities, dated medium-voltage cables frequently fail upon reenergization after being deenergized for several hours. This can be caused by several mechanisms. Water absorption through insulation “treeing” and thermal cycling are perhaps the most common.

As stated previously, humans perform maintenance tasks, and humans make mistakes. Leaving a tool behind in an area where it could initiate a fault is not uncommon. Even surgeons, some of humanity’s brightest, most educated, and best-trained individuals, sometimes make similar mistakes.

In electrical equipment, a left-behind tool may not immediately present a problem. It may take the jarring of a breaker operation to dislodge the tool from its resting place into a position where it creates a fault.

Keep in mind, it’s not only good operating practice to inspect for tools and such before reenergizing, it’s the law. According to OSHA 1910.333(b)(2)(v)(A):

A qualified person shall conduct tests and visual inspections, as necessary, to verify that all tools, electrical jumpers, shorts, grounds, and other such devices have been removed, so that the circuits and equipment can be safely energized.

Tyranny of the Urgent

During a planned maintenance outage, the “tyranny of the urgent” is ever present. This may include the rush to complete maintenance testing, quick evaluation of test results, forgoing some maintenance activities to meet the appointed time for reenergizing, and the temptation to cut corners. The list goes on and on.

In the end, one is left wondering: Was some key piece of information misinterpreted? Was the insulation resistance too low to reenergize? Can the equipment be safely returned to service?

A well-conceived and well-written return-­to-service plan is essential to avoiding mishaps. A person familiar with the facility and knowledgeable about its electrical systems and the associated hazards must perform such planning ahead of time. The plan should include a detailed sequence of operations for energizing the system. Responsibilities should be clearly assigned and understood.

An often-overlooked component of a return-to-service plan is contingency planning. Plans should take into account procurement of repair/replacement components, supplemental skilled manpower availability, inclement weather contingencies, and the availability of temporary equipment, such as compressors, pumps, and generators.

Communication is key. Hazards such as “incident energy” must be understood and quantified. The plan should specify the appropriate personal protective equipment (PPE). When PPE is not enough, portable remote racking and control solutions are an alternative, as they mitigate not only the thermal effects of an arc blast but also the hazards of shrapnel, vaporized metals, and flying debris.

Plans can also inventory and make workers aware of the safeguards already built into the facility, such as maintenance switches that temporarily lower breaker settings or permanently installed remote controls.

When it comes to operating discipline, avoid or minimize the time of closed-­transition switching (temporarily paralleling two sources to supply a load from a different source, without interrupting the load in the process). This situation subjects switchgear to a fault current that it cannot withstand or interrupt. As a rule, inspect for foreign objects and stay clear when reenergizing.

The law sums it up well:

• 1910.333(b)(2)(v): “These requirements shall be met, in the order given, before circuits or equipment are reenergized, even temporarily.”

• 1910.333(b)(2)(v)(A): “A qualified person shall conduct tests and visual inspections, as necessary, to verify that all tools, electrical jumpers, shorts, grounds, and other such devices have been removed, so that the circuits and equipment can be safely energized.”

• 1910.333(b)(2)(v)(B): “Employees exposed to the hazards associated with reenergizing the circuit or equipment shall be warned to stay clear of circuits and equipment [emphasis added].”

CBS ArcSafe’s Chicken Switch® remote operators are an excellent example of an effective and economical means to protect workers by giving them a method to stay clear of arc flash hazard boundaries while performing electrical switching operations and racking.

Returning electrical equipment to service is a potentially hazardous task, with the risks increased due to time pressures. Equipment deficiencies, human error, time pressures, and poor judgment all increase the probably of an incident. Understanding these increased risk factors and having a good mitigation plan will go a long way toward reducing these risks. UP

Charles Mark McClung began as an electrician apprentice in 1974. After working 12 years as an electrician, he subsequently held various management and technical positions in plant maintenance and utility distribution until he retired and founded Martek Ltd., which was acquired by CBS ArcSafe in 2018.