How Selective Brush Control can Save Green in Two Ways

Alabama Power shares how herbicides deliver a healthy dose of savings and selectivity to its rights of way management program.

Alabama Power shares how herbicides deliver a healthy dose of savings and selectivity to its rights of way management program.

Vegetation managers face weighty decisions when developing an effective program to control vegetation in areas such as roadsides or rights of way. For Doug Sheffield, utility arborist supervisor, power delivery and contract services with Alabama Power, the decision starts with dollars and cents.

“It’s pretty simple; we’ve figured out that we can utilize herbicides to treat areas—such as around a distribution pole—for about $8 per treatment,” Sheffield said. “Treating the same area using mechanical methods costs us between $125 and $150—meaning we spray whenever we can.”

The value only grows when you extrapolate it over the 12,000 distribution line miles he manages across northeastern Alabama. But besides effectively maximizing his budget, installing herbicides as the cornerstone of his vegetation management (VM) program has allowed Sheffield to establish a natural ground defense in the fight against encroaching brush. It has to do with being selective, and it’s a management practice he hopes will gain more traction across the industry.

Sheffield’s background is in forestry, which isn’t uncommon among vegetation managers in the utility industry. Unfortunately, he says, there are too many instances where methods used in forestry vegetation management have migrated onto rights of way.

“I’ve come across a lot of cases where rights of way are treated similar to how you’d site prep in forestry,” Sheffield said. “Treatments are made with nonselective herbicides in an effort to essentially chemically mow the corridors. It takes out the trees and brush, but it also takes out everything else as well, so you end up creating an inviting seedbed for re-emerging tree species. That’s the opposite of our VM goals.”

Those goals include preserving grass to serve as an effective natural defense against incompatible trees and woody brush. To keep it growing on his rights of way, Sheffield employs selective herbicides. 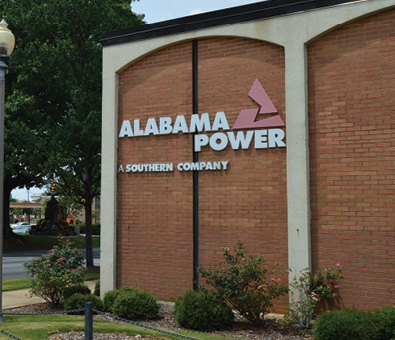 Sheffield is based at the Alabama Power office in Anniston, Alabama.

“We want to choke out weeds and brush using desirable grasses, because it’s really the only thing that naturally holds back trees,” Sheffield says. 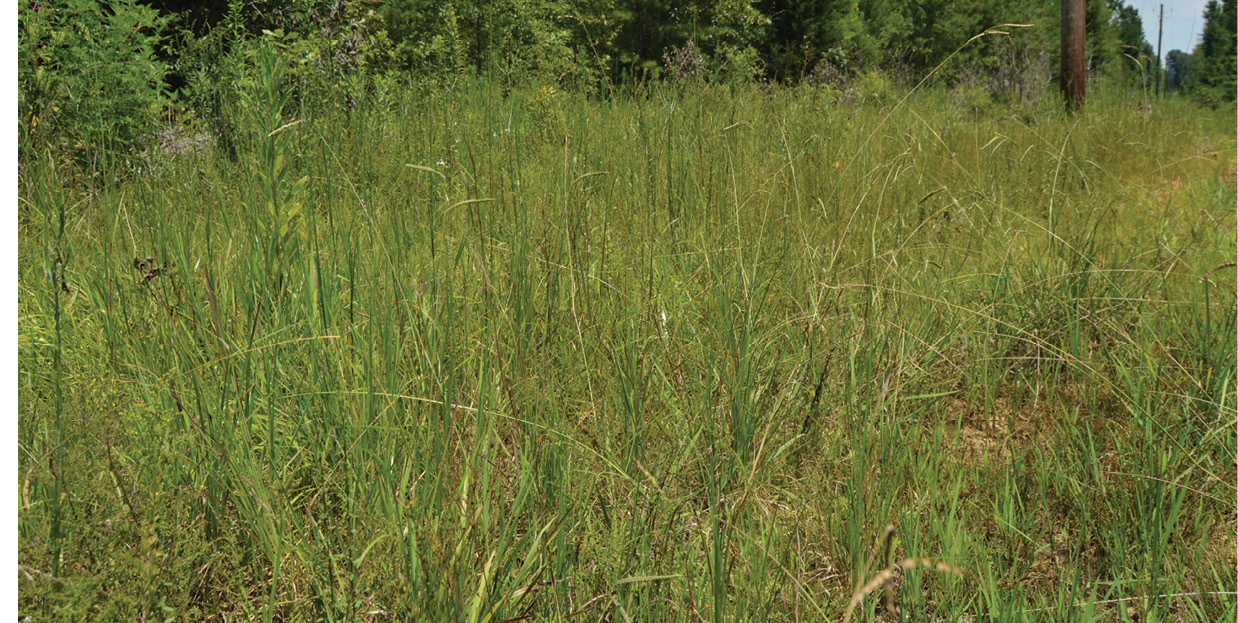 Dead brush skeletons give way to native grasses after selective herbicide treatments on this Alabama Power right of way.

A Mix that Controls Brush and Promotes Grass

Sheffield’s introduction to managing more selectively came in 2006 when he was introduced to Dow Chemical Company’s Milestone specialty herbicide. Initially, Sheffield was drawn to the control Milestone provided on specific brush species he was having issues with.

“We weren’t getting good leaf uptake on many of the little-leafed vegetation like mimosa, elm and short leaf pine,” Sheffield said. “But, Milestone solved that, and we’ve been using it ever since in our program.”

While Milestone is still valuable in controlling those tree species, Sheffield has since come to realize and appreciate its selectivity to the desirable grasses and low-growing forbs and shrubs present on his rights of way. But, the change can’t happen overnight.

“Currently, we’re on a three-year treatment cycle,” Sheffield said. “Once we get our rights of way to a more manageable state in terms of stem count, we’re able to be more selective with our treatments.”

“We started using Vastlan in 2016 as another tool to protect our grasses and forbs, versus more broad-spectrum products like glyphosate,” Sheffield said. “I think any herbicide will work if you apply it correctly, but we look past that to attributes like selectivity to desirables, easy tank-mixing, grazing tolerances and of course, manufacturer support. We get all that with Milestone and Vastlan.”

Even though Sheffield is closely involved in specifying all the herbicides used on rights of way he manages, those selections don’t come without field input.

“We don’t force our application contractors to spray products that they don’t like or believe in,” Sheffield said. “If you’re not on the same page, you’re less likely to get the results you’re looking for. And, I don’t need them going out and proving me wrong on something I recommended.”

Something everyone agrees on is the deliberate shift away from spraying glyphosate in favor of selective herbicides such as Milestone and Vastlan whenever possible.

“We’ve made the decision to move away from using glyphosate,” Sheffield said. “Fifty percent of all our complaints were directly related to spraying glyphosate. Going to more selective mixes has cut that way down.” 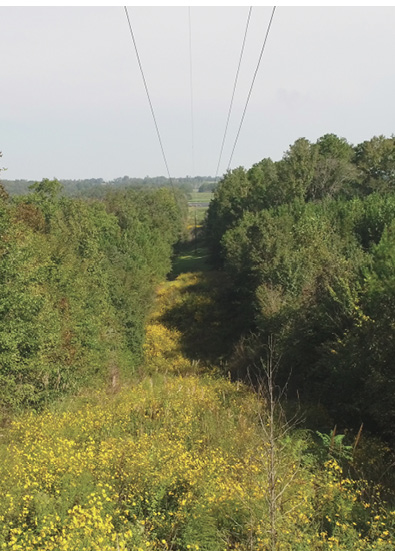 Flexibility Around
Visibility and Budget

When the more traditional treatment season ends, Sheffield and many of his colleagues with Alabama Power discovered another way to maintain selectivity in treatments while also gaining an extended application window: dormant-stem applications. The introduction came through a special request from the Alabama Department of Transportation (DOT).

“We began using dormant-stem treatments when the DOT asked us to start spraying our distribution lines located near roads later in the season for aesthetic reasons,” Sheffield said. “The dormant mix delivered the aesthetic value they wanted, and we were really pleased by level of control we got.”

Dormant-stem treatments quickly became a go-to treatment for areas where less brownout was desired, such as near roadsides or in areas of denser population. Since the application occurs during the dormant season, when most woody plants have dropped their leaves, visibility is significantly reduced in comparison with many growing-season applications. Alabama Power prescribes a mix of Dow’s Garlon 4 Ultra specialty herbicide with Milestone, a mix that’s also selective to desirable vegetation and furthers its goal of promoting a biological barrier against woody plant establishment in the spring. 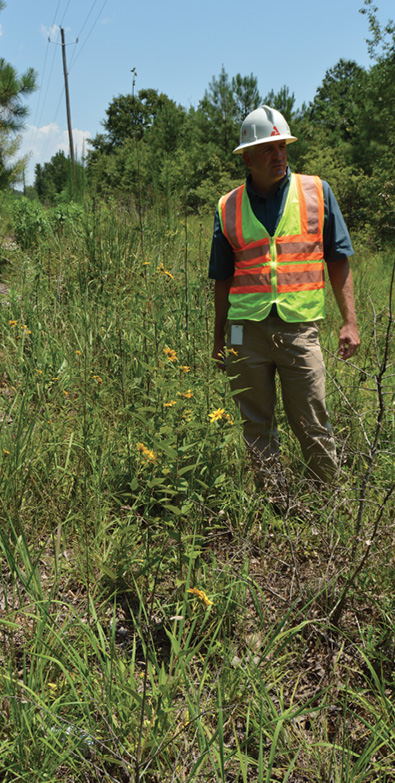 Sheffield has also come to view dormant-stem treatments as a financial tool of sorts, in that they allow more flexibility around budget fluctuations and labor calendars. By extending the application season for brush control to begin at fall leaf drop and continue until early bud break, there’s opportunity to better align budget funding with rights of way maintenance. In addition, application crews can be reallocated from late to early in the season, instead of shutting down.

“Dormant stem has proven to be a very effective and customer-friendly treatment option,” Sheffield said. “The control is excellent, there’s much less smell than basal treatments, and spraying later gets you reduced brownout. Some of our territories like them so much, they only spray dormant stem now.”

Whether incorporating selective herbicides or introducing dormant-stem treatments, years of fine-tuning his VM program has Sheffield and Alabama Power set up for continued success.

“There’s no set algorithm for a successful VM program,” Sheffield said. “You can’t just press the easy button; there are far too many parameters and inputs involved to do that. To me, it’s all about using our knowledge and experience to maximize value within the budget parameters that we are given.”

When treating areas in and around roadside or utility rights of way that are or will be grazed, hayed or planted to forage, important label precautions apply regarding harvesting hay from treated sites, using manure from animals grazing on treated areas, or rotating the treated area to sensitive crops. See the product label for details. State restrictions on the sale and use of Garlon 4 Ultra and Milestone apply. Consult the label before purchase or use for full details. Vastlan is not registered for sale or use in all states. Contact your state pesticide regulatory agency to determine if a product is registered for sale or use in your state. Always read and follow label directions.