With the ability to test and analyze two fibers in a single test, technicians were able to complete testing in nearly half the time it took on similar jobs. 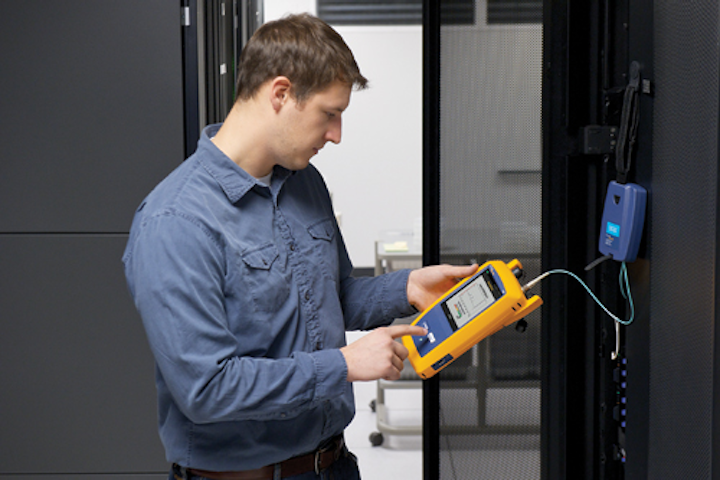 Minimizing exposure to the elements and reducing
potential conflicts with wildlife

Working on Alaska’s North Slope requires a fundamental understanding of the environment, something Alaskans understand like no one else. The North Slope is in the bush, the untamed part of Alaska where wild animals don’t respect project boundaries. Moose wander wherever they choose. Brown bears and polar bears top the food chain, and all are high on the human-wildlife “conflict” scale. Then there are the biting insects, which, while not deadly, are plentiful and notorious.

“Walking between buildings on a job can be dangerous,” said Randy Sherman, Alaska area manager for Integrity Networks, which provides communications services and cable and fiber network infrastructure installation for companies and governments nationwide and around the Pacific Rim. “While it hasn’t happened, when it’s winter and you’re walking around a project on the North Slope, in the back of your mind you know that there could be a polar bear in your path.”

The weather is another consideration for workers in Alaska. During nine months of the year, it’s basically winter in this part of the state. Freezing cold, snow, and blizzards are all hazards that start piling up as many projects get underway on the North Slope. 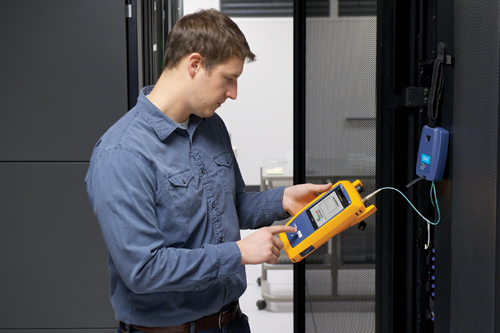 The SmartLoop algorithm calculates the average bidirectional loss for each event and displays each fiber with a simple pass or fail indication.

One significant job for an energy company on the North Slope required Integrity Networks technicians to test more than 1,400 fiber links bidirectionally. The task was further complicated by the winter weather.

Bidirectional testing requires testing the fiber links from both ends of the fiber. For most installers and contractors, this means walking the optical time-domain reflectometer (OTDR) to the other end for each link to be tested. For most jobs, walking back and forth for each test would increase the testing time unacceptably. For this particular job, given the cold temperatures, it was daunting just to think about gearing up to go between buildings that were several hundred yards apart to get to the far end. Shortcuts, such as testing all the links from one end and then the other, yields inaccurate results that aren’t compliant with standards.

“As Alaskans, we have a healthy respect for the weather and the wildlife,” Sherman said. “In the middle of winter if you get caught outside long enough, it could be disastrous.”

Using OptiFiber® Pro with SmartLoop™, the Integrity Networks technicians were able to do the testing in nearly half the time it took on similar jobs. Not once during the job did a technician have to risk walking the OTDR to the far end to test the links bidirectionally, minimizing the amount of exposure to the elements and reducing potential conflicts with wildlife.

The SmartLoop algorithm calculates the average bidirectional loss for each event and displays each fiber with a simple pass or fail indication. There is no requirement to haul the OTDR to the far end, and there are no calculations required. Bidirectional reporting can be uploaded and shared instantly on site with customers when testing is completed. Problems are therefore identified instantly so they can be remedied promptly, saving even more.

“Once we got it, our team was able to master the OptiFiber Pro operation quickly,” said Sherman. “By using SmartLoop for the first time on this one job, the savings easily paid for the cost of the tester.” UP

Integrity Networks entered the Alaskan market in 2007, and it has remained a steady presence in low-voltage contracting there ever since. With branch headquarters in Anchorage, Integrity Networks has an extensive staff of highly skilled Alaskan employees who work on jobs in the last great American frontier. Visit www.flukenetworks.com to learn more.