This work is in addition to more than 545 projects completed during the first three quarters of last year, totaling nearly 700 projects in 2014 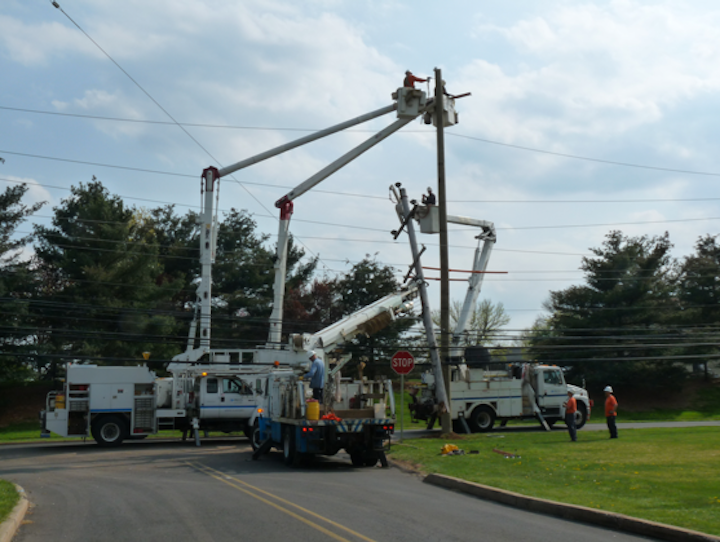 During the last three months of 2014, PECO completed more than 145 projects to enhance electric reliability for customers across Bucks, Chester, Delaware, Montgomery, Philadelphia and York counties.

This work is in addition to more than 545 projects completed during the first three quarters of last year, totaling nearly 700 projects in 2014. Each year, PECO invests about $500 million to improve the electric system infrastructure, including performing preventive maintenance and upgrading transmission and distribution equipment.

Specifically, from October through December, 36 corrective and preventive maintenance projects were completed as part of PECO’s ongoing system monitoring program.

PECO also continued to upgrade and install new equipment throughout the region, specifically adding 35 new aerial devices called reclosers. When a problem occurs, like a fallen tree limb, lightning strike or vehicle accident, the recloser stops the flow of electricity on the line, and automatically restores electricity if possible. There are more than 1,640 reclosers on PECO’s system and last year, these devices prevented more than one million sustained power interruptions for PECO customers. 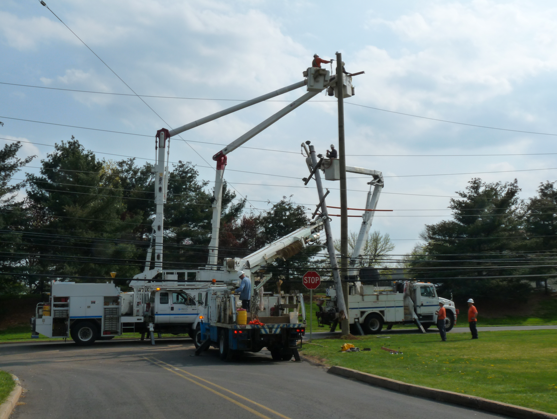 To help prevent power outages caused by vegetation, PECO also installs reinforced tree-resistant aerial electric lines. These lines are stronger than traditional lines and can better withstand falling trees and tree limbs. In 2014, PECO installed 10,600 feet of this wire. In total, more than 17 miles of this wire has been installed across the service territory with an additional 10,900 feet of line planned in 2015.

PECO also continued its tree trimming program to limit the number of power outages caused by trees and other vegetation in 2014. The company invested about $35 million on tree pruning and other vegetation removal around nearly 2,400 miles (of a total 13,500 miles) of aerial power lines along the PECO electric distribution and transmission systems.

“We are committed to continuously monitoring system performance and identifying areas where we can upgrade our equipment and perform preventive maintenance work, which is critical to providing customers with safe and reliable service every day,” said John McDonald, vice president of technical services.

Based in Philadelphia, PECO is an electric and natural gas utility unit of Exelon Corp. PECO serves 1.6 million electric and more than 506,000 natural gas customers in southeastern Pennsylvania and employs about 2,400 people in the region. PECO delivered 89.9 billion cubic feet of natural gas and 37.5 billion kilowatt-hours of electricity in 2014.