The facility should produce enough renewable energy to power more than 145,000 homes in California, Interior said in a news release 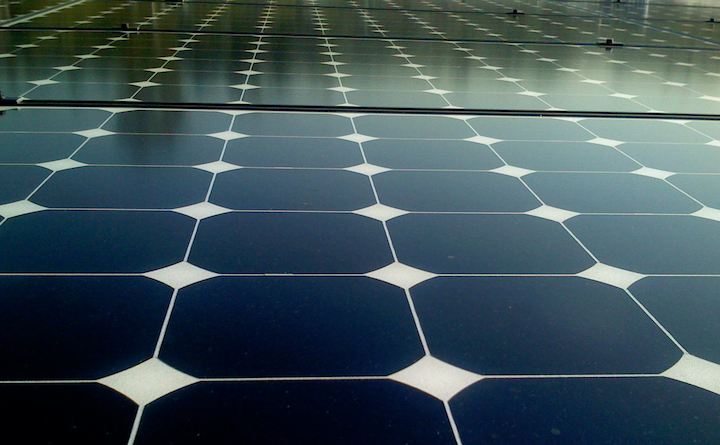 The facility should produce enough renewable energy to power more than 145,000 homes in California, Interior said in a news release.

Proposed by RRG Renewables, the Blythe Mesa project will be built on 3,587 acres of private land – primarily lands that have already been disturbed by agricultural use – under the jurisdiction of Riverside County and the city of Blythe. The project site is about three miles west of the city of Blythe.

The project requires the Interior Department’s approval because a 230-kV generation interconnection (gen-tie) transmission line – allowing the facility to connect to an electric grid – crosses five miles of public lands managed by the BLM.

The line will allow the solar facility to connect into the Colorado River Substation in eastern Riverside County.

As part of the process, BLM approved an alternative route for the gen-tie line so that all of it would be on public lands, allowing BLM to oversee the line’s operations, maintenance and mitigation measures, as well as reduce impacts on privately owned lands nearby.

The EIR/EA was published on April 9. Riverside County issued its approval for the solar project in May.

“The Obama Administration is committed to expanding responsible domestic energy production on our public lands as we diversify our nation's energy portfolio and transition to a cleaner energy future,” Secretary Jewell said. “Working closely with industry and state, tribal and local communities, these projects not only provide clean energy and cut carbon emissions, but also strengthen local economies, generate good jobs and provide affordable, reliable, sustainable power across the West.”

This is the 57th project authorized by the Interior Department since 2009. So far, that brings the total number of projects to 34 solar, 11 wind, and 12 geothermal utility scale renewable energy facilities and associated transmission infrastructure. Together, the projects could support more than 26,000 construction and operations jobs; and when built, generate nearly 15,000 MW of electricity, or enough to power five million homes.

Thirteen of these projects are already in operation. These approved projects represent nearly $40 billion in potential capital investments by industry in clean energy development.

"Blythe Mesa is another step forward toward diversifying our nation's energy portfolio to meet the growing demand for renewable resources," said BLM Director Neil Kornze. "With this approval, the BLM is well on its way in realizing the president's vision of permitting 20,000 MW of renewable energy on public land by the end of this decade."