Could the Clean Power Plan trigger a jurisdictional wreck? 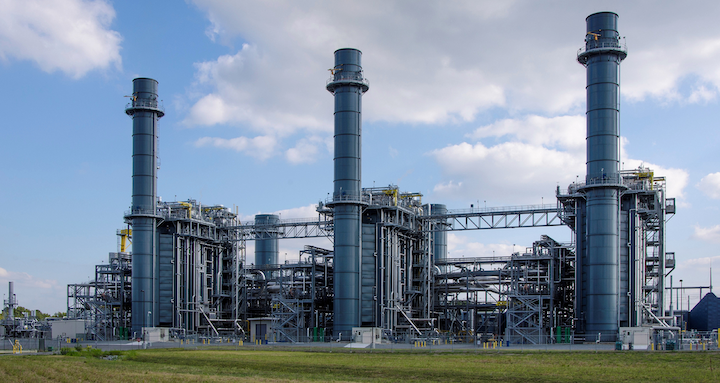 The Environmental Protection Agency’s (EPA) recently proposed Clean Power Plan might seem to have a “common sense” approach to reducing carbon emissions from power plants, but the plan makes the EPA a dominant player in regulating the energy sector on a state-by-state basis, molding a new regime that could cause regulatory chaos between electric utilities, states and federal regulatory entities.

Nationwide, the plan should help cut carbon emissions from the power sector by 30 percent from 2005 levels. Power plants are the largest source of carbon pollution in the United States, which accounts for about one-third of all domestic greenhouse gas emissions.

“More than any regulation I have seen during the time that I have been involved in the energy sector, this EPA proposed rule has the potential to comprehensively reorder the jurisdictional relationship between the federal government and states as it relates to the regulation of public utilities and energy development,” Clark said.

According to Clark, the plan would “dramatically alter” traditional lines of authority between FERC, EPA, state legislatures, governors, public utility commissions, state energy offices and state departments of environmental quality by creating a “new paradigm” of regulating net carbon emissions from a state.

Prior to the Clean Power Plan, the EPA’s authority extended to specific power plants or a collection of plants. However, a state voluntarily agreeing to seek EPA approval of its entire integrated regulation of the electric sector would initiate a comprehensive “mother-may-I?” relationship with the EPA that has never existed before, Clark said.

“Absent Congress stepping in and clearly defining FERC authority and EPA authority, it is not hard to envision a future jurisdictional train wreck,” Clark said. “I offer these thoughts to illustrate the difficult decisions that lie ahead and to highlight for Congress just how seismic this change is.”

After an implementation plan to reduce carbon emissions is approved by the EPA, a state would lose its ability to determine how it regulates public utilities based within the state.

To serve as an example of this issue, Clark said that if future state legislature decides that its renewable portfolio standard (RPS) is not sufficient for citizens of the state, the legislature may be prevented from modifying it because the EPA-approved RPS will still be in effect. In addition, the same would apply to any future state public utility commission (PUC), if it implemented the Clean Power Plan.

“If states choose to comply with the proposed rule by taking an independent, go-at-it-alone approach, then regional grid operators will be faced with an increasingly complex task of implementing multiple compliance mechanisms into what was once an efficiently dispatched regional electric grid,” Clark said.

Moeller also expressed his concern on the same point, saying that “the biggest challenge in implementing the proposed rule is that electricity markets are interstate in natural. Thus, the proposal’s state-by-state approach results in an enforcement regime that would be awkward at best, and potentially very inefficient and expensive.”

The interstate make-up of the energy market can be illustrated by an example of energy needs in Idaho. Even though, at this time, the state does not generate electricity from coal plants within its borders, it consumes, through transmission, coal-generated energy produced in at least five other states. If those surrounding states reduce their coal generation and Idaho compensates by increasing generation from its existing natural gas plants, this would create complications related to its initial and ongoing carbon baseline.

Clark also provided an example of how the state-by-state approach might be an unrealistic means of controlling all energy resources generated to produce electricity transmitted into the state.

In July, Governor Mark Dayton of Minnesota called for the elimination of coal as a source of energy production. This sort of decision could be implemented into a state compliance plan. Nevertheless, electricity delivered to Minnesota residents is part of a regionally dispatched grid. A state can refuse to permit coal plants within its own border, but it cannot attempt to regulate energy produced elsewhere.

“In today’s highly integrated interstate electricity grids and markets, it is hard to comprehend how any similarly situated states could attempt to make itself an island,” Clark said.

However, Norris and LaFleur, in general, expressed more optimistic views of the Clean Power Plan by focusing less on the smaller facets of the plan and more on its larger purpose.

“The EPA’s recent proposed rule ... is the most significant potential action that we have taken to date as a nation to begin to address the devastating impact of climate change,” Norris said. “While I view it as only a start to further efforts that will be needed to curtail the burning of fossil fuels and reducing carbon emissions.”

Norris said he had “little doubt” of the United States’ ability to adhere to EPA’s proposed plan because of the nation’s history of technological innovation and entrepreneurial spirit.

For a long-term sustainable energy supply, the United States needs a level of certainty that will spur investment in new technologies deemed necessary for a competitive energy system for the future. The Clean Power Plan provides “some hope” because of the direction and goals that it provides for the energy sector.

LaFleur provided a brief description of the implementation process of the Clean Power Plan. The plan instructs each state to develop its own state compliance plan to reach an overall emission reduction goal. While establishing their compliance plans, states may choose from among several different tools, and can coordinate regionally.

Despite various opinions on the Clean Power Plan, all of the commissioners agreed on a single pivotal point: FERC must help guide EPA with the development and implementation of the plan to ensure energy reliability throughout the bulk electric system (BES) and state compliance.

“FERC has closely followed the development of the Clean Power Plan because it is clear that such regulations and related state compliance plans could have implications for the operation of the grid,” LaFleur said. “In addition, because it appears that vital decisions ... will be made at the state level, I believe it is important to reach out to our state colleagues on these issues.”

Moeller said that the Clean Power Plan was not proposed by the commission, so it is the responsibility of the EPA to address reliability implications with “extensive” FERC involvement.

In agreement with the other commissioners, Norris said that FERC must remain vigilant on reliability standards and collaborate with NERC in order to effectively communicate any reliability issues with the EPA. FERC needs to work with states on the supply of adequate resources and be prepared to make befitting market rule changes to enable states, regional transmission organizations and other planners to adhere to resource adequacy requirements.