The single-unit Perry plant underwent a reactor scram due to a loss of feedwater about 11:13 a.m. ET on Nov. 7 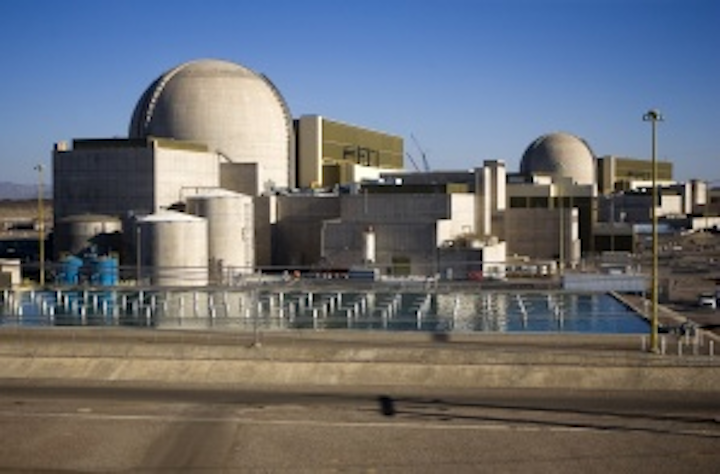 Both the companies and the Nuclear Regulatory Commission (NRC) are investigating some problems that resulted in loss of power at a couple of nuclear power plants this past weekend, according to GenerationHub.

There was a problem with a control element assembly (CEA) at Palo Verde Unit 2 operated by Pinnacle West unit Arizona Public Service (APS) on Nov. 6. The problem resulted in a shutdown of Unit 2 at roughly 4:36 p.m. Mountain Time on Nov. 6 due to the “limiting condition for operation” or LCO, according to the NRC event notification.

“The economizer feedwater isolation valves to both steam generators were manually closed to isolate the economizer feedwater flow paths. The event did not result in any challenges to fission product barriers and there were no adverse safety consequences as a result of this event,” according to an updated report published by NRC on Nov. 10.

Palo Verde Units 1 and 2 were both still listed at zero generation by NRC on the morning of Nov. 10. Palo Verde 1 was already offline for a planned outage.

There are a total of three pressurized water reactor (PWR) units at the Palo Verde station in Maricopa County, Ariz. Each is listed with an operating capacity of more than 1,300 MW.

Meanwhile, the FirstEnergy Perry nuclear plant in Ohio was also still listed at zero generation by NRC on Nov. 10.

The single-unit Perry plant underwent a reactor scram due to a loss of feedwater about 11:13 a.m. ET on Nov. 7, according to the report filed with NRC. The necessary safety systems, including an emergency back diesel generator, performed as designed.

The cause of the loss of feedwater is under investigation.

Perry is a single-unit boiling water reactor (BWR) with an operating capacity listed at more than 1,200 MW. The facility is run by FirstEnergy Nuclear Operating Co. in Lake County, Ohio. The plant also recorded an unplanned outage in October.