The country's energy grid was fully restored, and any further problems that may arise would be for "local reasons" 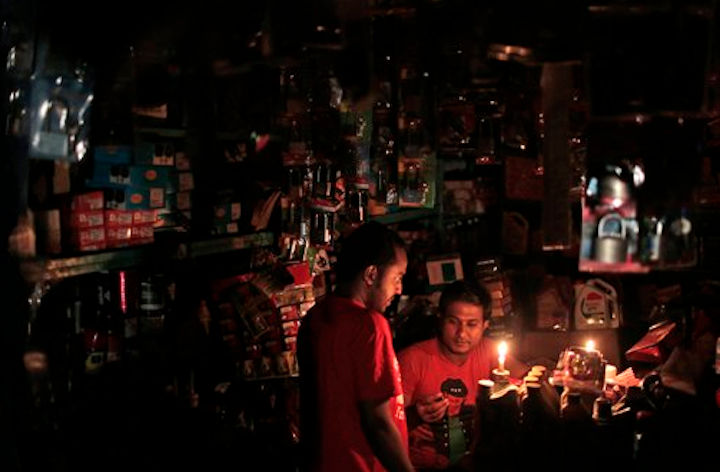 DHAKA, Bangladesh (AP) — Power was back on across Bangladesh on Sunday, a day after the impoverished, energy-starved nation was plunged into a nationwide blackout when the transmission line from neighboring India failed, officials said.

The country's energy grid was fully restored, and any further problems that may arise would be for "local reasons," Junior Power Minister Nasrul Hamid told reporters.

The blackout was Bangladesh's most severe since a 2007 cyclone knocked out the national grid for several hours, and once again exposed inefficient and dated infrastructure that has held back development in the South Asian nation. 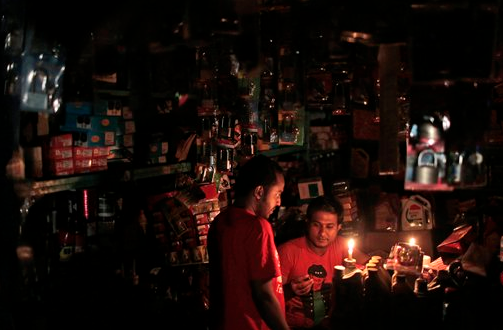 Hamid would not say what exactly had caused the blackout, which hit the country around noon Saturday after what some power officials described as a "technical glitch" in the transmission line that caused a cascade of failures throughout the national power grid, with power plants and substations shutting down automatically. For a power grid to work, electricity must be supplied constantly at a rate equal to demand.

"An investigation has been ordered. It could be misleading to talk before getting the findings," Hamid said.

Government officials offered some possible causes. One suggested a Bangladesh substation link to the Indian transmission line may have failed. Two others said there was an unexpected dip in the Indian supply, which at the time accounted for nearly 10 percent of the grid's 5,000 MW load. The three spoke on condition of anonymity because they were not authorized to speak to the media.

"It was really worrying. The government should find out soon what happened, why it happened," Dhaka schoolteacher Rukhsana Begum said. "Our inefficiency? Bad network? Whatever, it should be unearthed to avoid future disaster."

After an evening spent in the dark, most residents of the capital, Dhaka — a city of more than 10 million people — got electricity back by 1 a.m. Sunday, said Mohammad Nasir Uddin, a control room official for the Dhaka Power Distribution Co. Power was fully restored to all parts of Dhaka and the rest of the country by noon.

Power outages blamed on old grid infrastructure and poor management are common in Bangladesh, and many businesses and residents keep diesel-powered generators for a backup supply. Saturday's blackout did not affect operations at the international airport and major hospitals in Dhaka.

But many offices normally open on Saturdays had to send their employees home, underlining how the country's energy woes have hampered economic development. The World Bank estimates that power outages cost Bangladesh at least 5.5 percent in lost business revenue last year.

"It was unprecedented. I have never seen any such situation in my life," said Dhaka grocery store owner Abdullah Rana, who had to turn away many customers searching desperately for candles after he ran out of supplies.

"It's good that we have got it back finally," he said.

Bangladesh is considered one of the most energy-poor nations, with one of the lowest per capita electricity consumption rates in the world. More than a third of its 166 million people still have no access to electricity, and often the country can produce only some of its meager 11,500 MW generation capacity.

Meanwhile, no nation has ever raised its gross domestic product without simultaneously increasing its electricity consumption.

With a GDP of just $130 billion, or less than a tenth the market capitalization of the Bombay Stock Exchange in India, Bangladesh has been trying to improve its energy situation by extending access to more customers and signing deals with energy companies in Russia, Japan, China and the United States for power plants and infrastructure.

The country last year began importing electricity from India through the 400-kV transmission line, which runs from Baharampur in the Indian state of West Bengal to the town of Bheramara in southwestern Bangladesh.