Despite temporary loss of nearly 6 GW, stability and reliability was unaffected 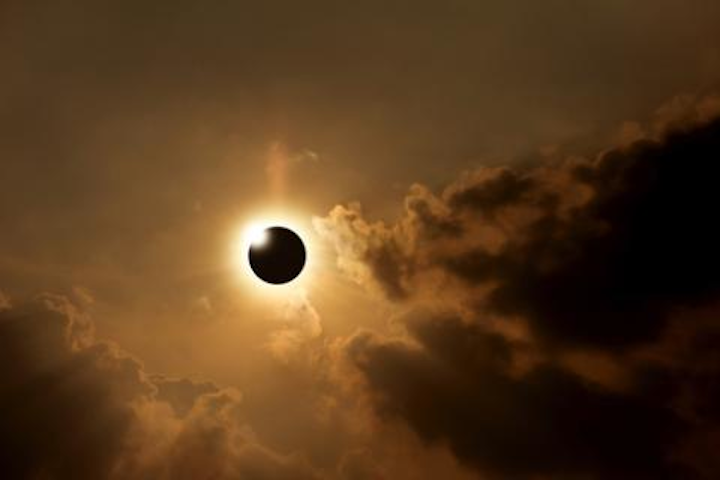 During last summer’s total eclipse, solar energy output in the West dropped by about 5.9 GW according to new analysis from the Department of Energy’s National Renewable Energy Laboratory (NREL).

The August 21, 2017 solar eclipse cast a shadow from Oregon to South Carolina, completely concealing the sun along a 70-mile-wide path and causing the rest of the continent to experience partial darkness. The event provided the opportunity for researchers to see the effects of an eclipse on the U.S. power grid, which has had a steady increase in power from photovoltaic (PV) systems.

Details of the analysis are contained in a new report, “Evaluating the Impact and Developing Mitigation Measures for the 2017 Solar Eclipse on Peak Reliability Operations.”

“The focus of this study is to develop the framework and the tools for understanding the impact of a wide-area phenomena like a storm, or even another eclipse, on PV output and grid reliability,” said Santosh Veda, a research engineer at NREL and co-author of the report. “These tools will become increasingly important as the PV penetration continues to grow so we can plan to reduce the effects of these events on the grid.”

To determine the impact of the eclipse, researchers analyzed real-time data, including load and electricity generation data from the Western Interconnection, the electric grid connecting utilities in nine western U.S. states, parts of five more states, the two westernmost provinces of Canada, and a small section of northern Mexico. The data was gathered from Western Interconnection reliability coordinator Peak Reliability in one-minute intervals for three days in August before and after the eclipse and in 10-second increments during the event to establish a credible baseline.

Researchers also used data from the first six months of the year to determine how an eclipse differs from any other major weather event. Although the overall PV output varies from one day to the next, the rate at which it rose and fell during the eclipse was markedly different.

In addition, researchers compared how much utility-scale PV and rooftop solar systems generate on a typical day to the output during the eclipse.

Across the region studied, utility-scale solar plants, not including concentrated solar power plants, have the capacity to generate 15.8 GW of electricity and rooftop solar can provide an additional 9.2 GW. On a typical day, utility-scale facilities generate more than 12 GW. During the eclipse, however, the panels lost an estimated 4 GW of production. Rooftop solar, which typically produces about 8 GW, lost 1.9 GW during the eclipse.

Despite the temporary drop in solar power, the stability and reliability of the grid was unaffected. Electricity generated by hydroelectric, natural gas, and coal plants easily met the difference in energy demand. The NREL study, which also considered production costs involved when PV isn’t available, found the increase in costs of complimentary energy sources to be minimal.

The research was funded by the U.S. Department of Energy Solar Energy Technology Office.

NREL is the U.S. Department of Energy's primary national laboratory for renewable energy and energy efficiency research and development. NREL is operated for the Energy Department by The Alliance for Sustainable Energy, LLC.