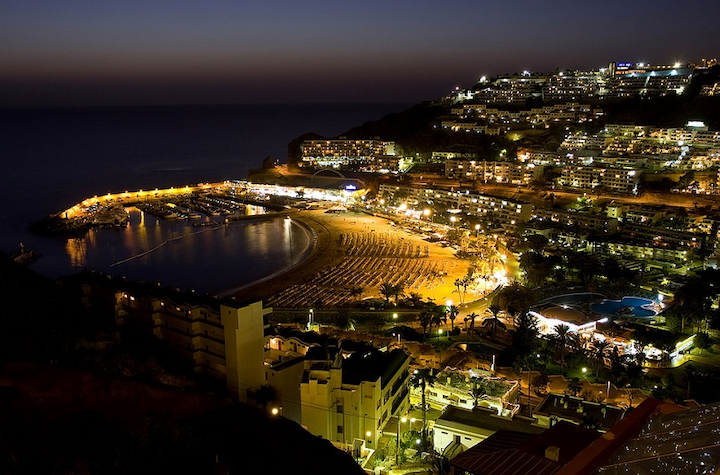 SAN JUAN, Puerto Rico (AP) — Officials with Puerto Rico's power company said Monday that they have restored power to most customers who were hit by a blackout overnight after a fire at a substation, a setback that added to the U.S. territory's struggle to recover from Hurricane Maria and years of deteriorating infrastructure.

Two power plants that were knocked offline by the fire were repaired by dawn, while crews were still trying to repair two substations, power company spokesman Geraldo Quinones told The Associated Press. Power had returned to Puerto Rico's largest public hospital and its main international airport.

Quinones said he could not provide any numbers on how many customers remained without power as a result of Sunday's outage, which affected the island's northern region.

"They'll be working throughout today to fully restore service," he said, adding that authorities are investigating what caused the fire.

Union leader Angel Figueroa said in a phone interview that a breaker normally would have prevented the incident, but that it's too early to say if the problem was due to mechanical failure or lack of maintenance amid an 11-year recession.

"It's very strange what happened," he said.

Justo Gonzalez, the power company's executive director, said in a statement that replacing the damaged equipment will take up to 10 days and cost some $150,000, but that no power customers will be affected by ongoing repairs.

The outage adds to the woes of an island still struggling to fully restore power more than five months after Hurricane Maria started the longest blackout in U.S. history. More than 400,000 power customers remain in the dark after the Category 4 storm destroyed two-thirds of the island's power distribution system and caused up to an estimated $94 billion in damage.

The blast also illustrated the challenges of restoring a power grid that was already crumbling before it was devastated by the storm.

In many cases, power workers are repairing equipment that should have long been replaced but remained online due to the power authority's long financial crisis. The state-owned power company is worth roughly $4 billion, carries $9 billion in debt and has long been criticized for political patronage and inefficiency. It also has suffered frequent blackouts, including an island-wide outage in September 2016.

Puerto Rico's governor announced last month that he plans to privatize the company, which relies on infrastructure nearly three times older than the industry average. It would be the largest restructuring of a public entity in U.S. history.

One week after his announcement, a federal control board overseeing the island's finances asked that a judge authorize a loan of up to $1.3 billion so the power company can keep operating. The board said the company could see an estimated $1.2 billion loss in revenue in the first six months after Hurricane Maria.

Board president Jose Carrion said Monday at a Puerto Rico investment summit that the power company has been bankrupted by administrators and abused by corruption, and that privatization is needed even when power is fully restored.

"The same inefficiencies that have dragged the utility for decades remain," he said. "Of all the realities (hurricanes) Irma and Maria confronted us with, without a doubt the most evident is that Puerto Rico's energy system does not work."