Although Toledo, Ohio's Departments of Public Service and Public Utilities employ more than 75 heavy equipment operators to run the municipality's equipment fleet, the city had no formal equipment training program until 2018. 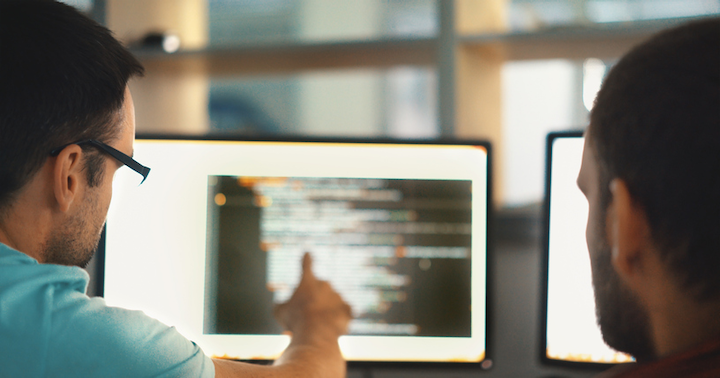 CM Labs' SimGuide Service is designed to support companies at any stage of simulator adoption, whether they are developing a simulation-based training program for the first time, or extending the use of their existing Vortex simulator. It was used to help the City of Toledo determine how to maximize the use of their Vortex Simulator.

Although the two departments manage a large number of operators, Toledo had no formal equipment training program until 2018. Tim Plath, a 30-plus-year employee of the City of Toledo, and manager of health and safety for the Department of Public Service, said that in the past, heavy equipment operation wasn't considered a skilled trade.

To mitigate the chance of these incidents, Jeremy Mikolajczyk, Toledo's commissioner for streets, bridges, and harbor, spearheaded the development of a formal heavy equipment operator training program. While at an industry event looking for ways to produce better skilled operators and improve safety in city departments, Mikolajczyk came across CM Labs and its Vortex simulators.

Although the city shopped around for different simulators, it quickly settled on the Vortex simulator because of its versatility and the variety of machines that operators could be trained on. While many operators run the same equipment all year, different seasons may call for different machines. By using one simulator to train on multiple machines, which CM Labs' system of swappable controls makes possible, the city's heavy equipment operators gain familiarity with most machines in the fleet.

Assessing New Hires -- And Experienced Operators
The City of Toledo received its Vortex simulator in January 2018. Initially, the objective of the simulator program was to determine a baseline of each operator's skillset and where they needed improvement.

In addition, CM Labs provided its SimGuide Service to help the City of Toledo understand how to maximize the use and return on investment for their Vortex simulator. Plath, who went through the International Union of Operating Engineers' apprenticeship program, has a number of years in the seat. As a training tool, he said the CM Labs Vortex simulator has been excellent.

"One thing I like about the basic controls test is the new guys are doing tasks that some of our experienced operators have never learned," he said.

CM Labs' SimGuide Service is designed to support companies at any stage of simulator adoption, whether they are developing a simulation-based training program for the first time, or extending the use of their existing Vortex simulator.

Immediate Cost Reduction For Operator Training
For example, many operators who need to reposition the backhoe while digging will turn the seat and leave the tripod position, instead of using the arm to position the tractor. "This basic controls exercise taught them to use the backhoe to move themselves around, which makes them so much more efficient," he said.

For trainers, the simulator helps them become much more engaged with the students.

"I spend more time just watching the trainees, because the simulator reports the metrics like time after the training," Plath said. "I can see things that I wouldn't be able to see in the field — like when an operator is going downhill in a front-end loader, I can see if they are using the wrong brake pedal." When an operator uses the clutch disconnect rather than going into a low gear, it creates more wear on the machine. With simulator training, he can catch and correct bad habits. "All I would be able to see in a field exercise is if they got down the hill without having an incident," he added.

Trainees are also finding success in their operation after training on the Vortex simulator. "We had a younger operator on the simulator, and he picked up backhoe operation really fast," he said. "Human resources was setting up interviews and skills tests for heavy equipment operator jobs. He practiced for four hours, and as soon as he left, he took the tests and did great on the backhoe."

In the future, the human resources department is planning to also use the Vortex simulator to screen potential operators and new hires, as well as promoting current operators to new positions.

Measuring Success
Plath sees the biggest return on investment for the simulator is the reduction in incidents. "We want our operators thinking smarter, which is why I like that there are obstacles to get around in the simulator exercises," he said. "It shows that it's not OK to bump something while you are working."

Conscientiousness and operating without faults are two areas that Plath sees as indicators of successful equipment operation. "I see success as being able to compete a task without messing up, being productive, and having it look good when you're done," he said. "I'm big on keeping the work site tidy. Not only do you have to do good work, but you have to make it look good too."