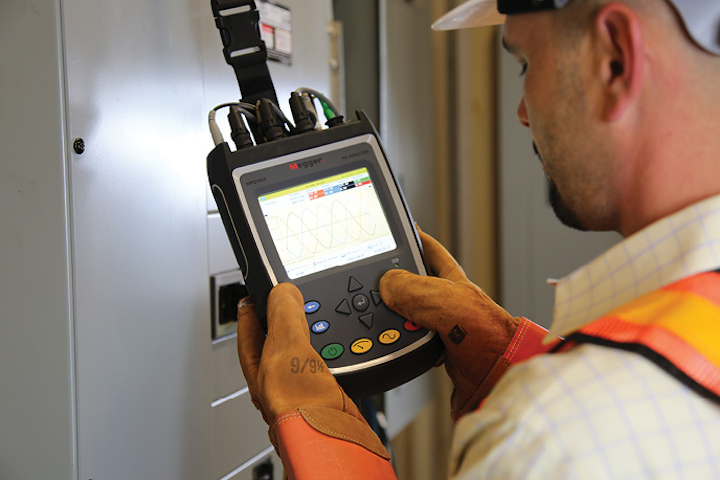 A load study can be performed with an appropriate power quality meter and is done in response to power problems or to any expansion or alteration of a facility.

It might be simpler if “power” were a single entity, but it’s not. It breaks down into active, reactive, and apparent components. How we measure them and address them in an electrical system has notable bearing on cost savings, efficiency, and safety.

Active power is what we think of most when considering “power.” It is the component that does the work (drives the load). It is measured in watts.

Reactive power, on the other hand, is out of phase with voltage and does no work. It is stored in magnetic fields and capacitance, and is measured in volt-amps reactive (VARs). The phase angle between current and voltage is a factor in its calculation.

Finally, apparent power is a function of a circuit’s total impedance (capacitance and inductance) and is the product of the root-mean-square (rms) of voltage and current. It is measured in volt-amps (VA).

The significance of this brief explanation is to illustrate that power quality, the reduction of reactive and apparent components, is key to improving efficiency and cutting costs. In a purely resistive load, voltage and current are in phase and draw only active power. The circuit can be considered completely efficient in that sense. If inductive loads, such as motors, are added to a circuit, inductive reactance increases and along with it, reactive power. The available active power is in turn reduced and the utility needs to supply more VA or kVA in order to support the active power requirements of the facility. This in turn can lead to penalties imposed on the subscriber. But there’s yet another problem: harmonics. 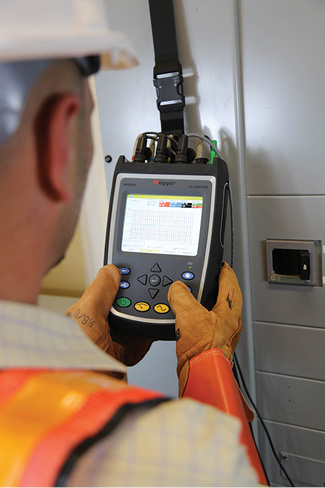 A full-featured PQ meter will allow the user to perform both an energy audit and PQ study simultaneously.

What is called the Power Triangle (described above) holds true for systems without harmonics. But harmonics exist due to non-linear loads. This is why all power parameters must be measured rather than calculated.

Displacement power factor (DPF) is a measure of the fundamental signal only. True power factor (TPF) includes harmonics. The difference between DPF and TPF is a measure of harmonic content. The sign of the DPF or kVAR can determine if the load is inductive or capacitive. Examining the values of the apparent, reactive and active power components indicates how much of the total energy is providing actual work. Measuring these parameters provides a valuable insight into the load on the system and acts as a guide to corrective actions that decrease cost and increase efficiency.

The process of making effective use of this data begins with a load study. This is performed with an appropriate power quality meter and is done in response to power problems or to any expansion or alteration of a facility. It is recommended by the NEC® (Article 220.87). It should be continued over a 30-day period in order to capture transient events.

Some of the typical problems that a PQ survey uncovers include:

• Peak demands and the times they occur – could be unnecessarily increasing the electric bill.

• Unbalanced loads – a large single-phase load on a three-phase system.

• High neutral currents – could be caused by an unbalanced load or harmonics.

• Low power factor – the difference between DPF and TPF could indicate low power factor, which can incur utility penalties and an inflated bill.

• Differences between DPF and TPF – Harmonic effects are included in a TPF measurement but not in DPF. Comparing the two is an indication of harmonic content which produces heating and can lead to costly premature repairs. Neutrals and transformers as well as motors can overheat.

• Overvoltage from the utility – This is rare but can happen, causing equipment to overheat and fail. 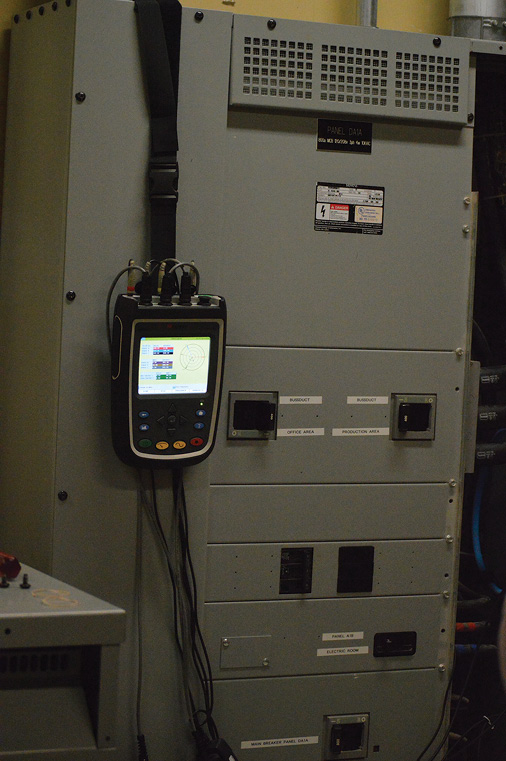 High-quality meters will have programmable software that allows the operator to set parameters focused on the suspected problem(s) or those of special interest.

All this useful and essential data can be recorded in a single operation by a quality PQ meter. But the process actually begins before the operation of the meter. A simple thing like energy bills can indicate a trend that the meter should thoroughly investigate. Look for especially energy-consuming equipment and also consider hours of operation, as these might possibly be adjusted to lower rate periods.

Perform both an energy audit and PQ study simultaneously with a full-featured PQ meter. Select a Class A meter (which complies with IEC 61000-4-30 and IEEE 1159 so that measurements may be properly compared), and the proper CTS, flexible or split-core, with proper range; too low may saturate, too high loses resolution. Connect to the point of common coupling, where the utility lines enter the building. If possible, gather data for an entire billing period; otherwise, at least a week. High energy-consuming equipment may be separately monitored. To prevent a costly waste of time, use a PQ meter that verifies correct settings before beginning operation. This way, you won’t come back to a week’s worth of useless data.

And speaking of useless data, that can be a double-edged sword. You want data, of course, but there’s a lot of it going on! Merely turning on a PQ meter can flood you with too much, taking hours to analyze and possibly missing what’s critical. High-quality meters will have programmable software that allows the operator to set parameters focused on the suspected problem(s) or those of special interest. The meter will record and report only what is of interest. This is useful where a customer or client is involved, as the meter can be set to review and analyze only the parameters associated with the complaint. 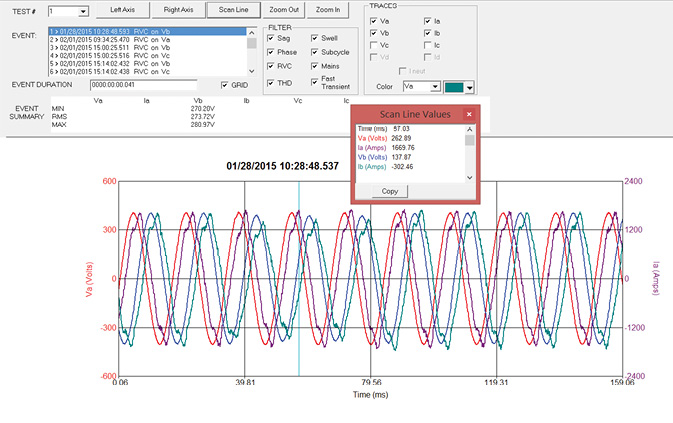 A power quality analysis is an indispensable asset in maximizing the efficiency of an electrical system, cutting costs, reducing failures, and eliminating potential hazards.

The way in which data is aggregated and reported is critical. The IEC and IEEE have standardized a 10-minute interval over which data is collected and then aggregated to report a min, max and average. This is standard data reporting. But the revenue meters used by utilities to issue a bill are not necessarily so standardized. They may use a 15-minute, half-hour, or sliding interval. It is a good idea to have a PQ meter that can be adjusted accordingly so that when interacting with a utility or an industry associate who is using the standards, you are all speaking the same language.

Remote control is an invaluable time saver, as a PQ study is a long-term event that can take a week, a month, or even longer. If the meter can be remotely programmed, it dramatically reduces the amount of time required at the site. And you may want to maximize the measurement limits for valuable parameters like transient intervals and order of harmonics so as not to miss potential problem events.

A power quality analysis is an indispensable asset in maximizing the efficiency of an electrical system, cutting costs, reducing failures, and eliminating potential hazards. UP

The Author: Jeffrey R. Jowett is a senior applications engineer with Megger® . He has written numerous trade journal articles, conducted training of distributors’ sales staffs and customers, and given seminars, training sessions and talks to various electrical societies (including the National Electrical Testing Association [NETA] and National Joint Apprenticeship Training Committee [NJATC]), and to the general industry public.