A successful carbon offset, or "cap-and-trade," market could play a big part in cutting China's emissions — and help the world tackle global warming 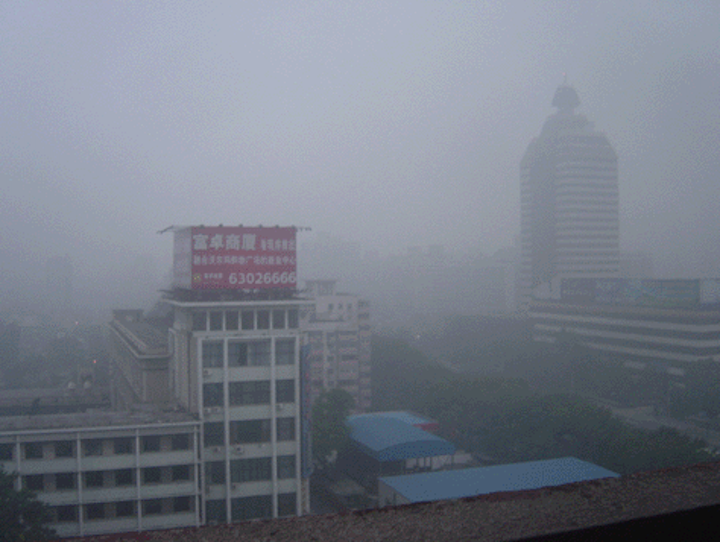 BEIJING (AP) — At first, the numbers and company names flashing on a big board in Beijing's financial district suggest a booming market.

A closer look indicates otherwise: The scrolling list rotates the same dozen or so trades, all from last year.

The lights from the Beijing Environment Exchange — one of seven pilot markets in China for trading carbon — raises questions for the country as it prepares for next year's roll-out of a nationwide system that could help the world's biggest emitter of heat-trapping carbon dioxide rein in its emissions.

A successful carbon offset, or "cap-and-trade," market could play a big part in cutting China's emissions — and help the world tackle global warming.

Already launched in Europe, California and a few other spots, such carbon offset markets limit how much carbon can be emitted per year by factories and businesses. They then let those businesses that release less carbon than the cap sell to other companies permissions to emit whatever's left.

So far, the pilots have failed to make a noticeable dent in carbon emissions, with about 978 million yuan, or $158 million, traded since their launch in 2013, compared to the 7.2 billion euros, or about $8 billion, of carbon offsets that were traded in the European market in its first year of operation, 2006.

Many companies required to buy carbon credits have waited until the last minute of compliance periods to make their trades, which has raised concerns about low liquidity in the market. Some observers question the reliability of data recording how much companies are emitting.

Chinese officials, however, say the pilot markets aren't meant to significantly cut the country's carbon profile yet. Instead, they say they are learning important lessons from their experiments and will use them in what will soon become the world's biggest carbon offset market.

"China is taking this step to accept its responsibility in stopping climate change," said Zhou Cheng, the Beijing exchange's vice president. "This affects industry in a legal, scientific way, and it lets them form their business plans while looking at carbon emissions too."

If anything, the national plan heralds a strategy change for a country that's so far used its one-party system to order everything from factory closures to barbecue bans by giving companies a money-making incentive to cut their carbon emissions, said Jeff Swartz, international policy director at the Geneva-based nonprofit group the International Emissions Trading Association.

For some Chinese companies, selling excess carbon offset credits could bring in millions of dollars a year.

"China is using a number of different policies, both command-and-control but also market policies," Swartz said. "(Emissions trading) will provide a fundamental solution to allow China to peak its emissions."

The past decade, however, has been a spotty one for carbon credit experiments in China.

Five years ago, European Union officials ended a carbon offset plan that paid Chinese companies to destroy the greenhouse gas HFC-23 after learning that the companies were producing the gas only to be paid to destroy it.

Kathy Kong, CEO of Beijing-based trading firm Timing Carbon, said the pilot markets still have a lot of room to grow. For example, the markets still offer only spot trading with no futures markets, which greatly limits the potential market size. Regulators must also step in to prop up falling carbon offset prices and keep prices at other times from reaching unsustainable highs.

Starting in 2013, China set up the seven pilot markets in the country's largest cities — Beijing, Tianjin, Shanghai, Chongqing and Shenzhen — as well as the industrial provinces of Guangdong and Hubei. Since mid-April, the seven markets have traded a total of 31.2 million tons of carbon. The European market in its first year traded more than 10 times that amount of carbon.

By design, each market has set up its own rules, with an eye for testing approaches for a national market.

In Beijing, any company that emits more than 10,000 tons of carbon a year — equal to the household and vehicle emissions of more than 400 American households — must join the offset market, which means it receives a yearly cap on its emissions and must buy carbon credits if it wants to emit more carbon. Credit prices have generally run from $55 to $75 per ton, and the penalty for exceeding the limit can cost three-to-five times the usual credit price. Around 550 companies in Beijing now take part in the exchange.

Other markets use different methods to set emission targets and determine who has to participate. Five of the seven markets give away carbon credits every year and then let companies auction off their excess credits. Hubei is the country's biggest market by volume of carbon traded.

For state-owned firms such the Chinese capital's largest power utility, Beijing's pilot market has forced business plans to factor in carbon emissions, said Jeremy Guo, executive vice president of the utility's energy investment arm. One result is a higher investment in renewable energy such as solar and the capture and reuse of heat emitted during some industrial processes, he said.

"We want to make our role of carbon asset management a new standard for the group company, not just to buy and sell to get some profit," Guo said.

What comes next year will depend on how the seven pilot markets shape up. They could link up so that a company in Beijing in the north could trade with another in the southern Chinese city of Shenzhen. Chen said another idea would be to create separate offset markets around specific industries such as steel, cement energy or construction rather than connect the separate pilots operating according to different rules.

Antung Anthony Liu, an economics professor at the Cheung Kong Graduate School of Business in Beijing, said that if done right, the markets could turn China's epic climate change fight into an international investment opportunity.

"China goes through a process where it tries to experiment with a policy before rolling it out," Liu said. "To my mind, the markets haven't the intended hopeful effect yet but capacity has been built. These markets clearly exist. And hopefully one of them will be chosen as the best one and the nation will go forward from that."