It also lowers NuScale’s levelized cost of electricity by up to 18 percent, making it even more competitive with other electricity generation sources 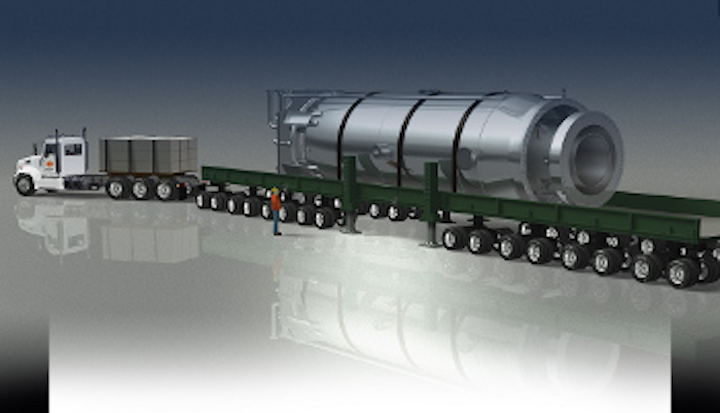 “The value engineering applied not only offers cost-savings and improved performance, it does so without affecting the unparalleled safety of our advanced nuclear reactor design,” said NuScale Power Chairman and CEO John Hopkins. “It’s another example of how NuScale is one of the most influential and innovative energy disruptors the world has ever seen.”

Increasing the power generating capacity of a 12-module NuScale SMR plant by 20 percent, with very minimal change in capital costs, lowers the cost of the facility on a per kilowatt basis from an expected $5,000 to about $4,200. It also lowers NuScale’s levelized cost of electricity by up to 18 percent, making it even more competitive with other electricity generation sources.

The new gross-output of a NuScale power plant to 720 MWe not only offers an impressive amount of carbon-free generation, it also measures up to savings when compared to today’s competing gigawatt-size plants.

NuScale’s first customer, Utah Associated Municipal Power Systems, is planning the development of a 12-module NuScale plant. “This new development is yet another way NuScale is changing the SMR game and pioneering this technology in the United States,” said UAMPS CEO Doug Hunter. “This substantial reduction in cost per kilowatt is not only incredibly good news for the country’s first SMR plant, which we are thrilled to be deploying, but also because it will increase the value of our plant over time.”

The regulatory process of increasing the level of maximum reactor power at which a nuclear plant can operate is referred to as a power uprate. The 20 percent power increase will be reviewed separately and not impact the Nuclear Regulatory Commission’s (NRC) current design review of NuScale’s SMR or the scheduled September 2020 approval date of its Design Certification Application (DCA). Since NuScale has made this determination before any plant construction or equipment manufacture, UAMPS will reap the benefit of this optimization without licensing or construction delays.

In January, NuScale announced the NRC agreed NuScale’s SMR design approach requires no safety-related power to safely shut down. No operating nuclear plant in the U.S. can make that claim. The NRC also recently completed its Phase 1 review of NuScale’s DCA. It’s the most rigorous of the remaining five phases combined and resulted in just one-third the average number of requests for additional information compared to other applicants, demonstrating the simplicity of NuScale’s SMR design and the quality of its application.

NuScale’s first plant will be operational in the mid-2020s.