Obsoleting the Absence of Voltage Test?

For more than a decade, thousands of users have deployed Permanent Electrical Safety Devices (PESDs) to reduce the risks in isolating electrical energy. This simple innovation increases the probability that workers are only exposed to “zero voltage” when doing an absence of voltage test. 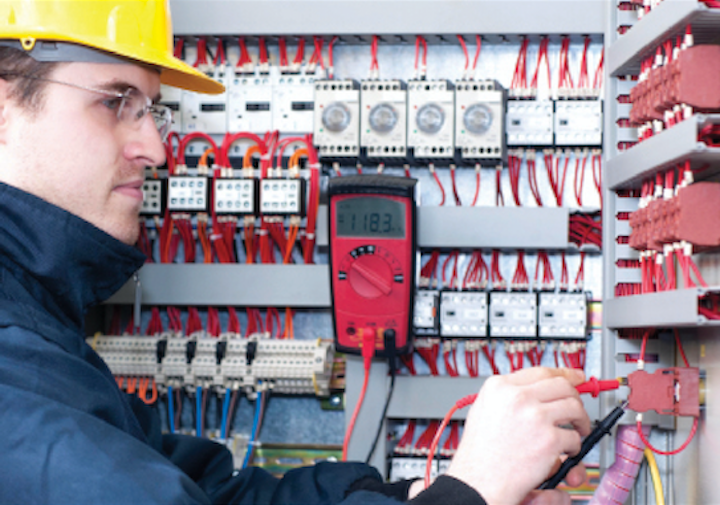 For more than a decade, thousands of users have deployed Permanent Electrical Safety Devices (PESDs) to reduce the risks in isolating electrical energy. This simple innovation increases the probability that workers are only exposed to “zero voltage” when doing an absence of voltage test. The cumulative experience end users have amassed by using PESDs encouraged UL to create a new product specification for permanently mounted Absence of Voltage Testers (AVTs). Because UL acted, the 2018 edition of the NFPA 70E 120.5(N) also included an exception allowing AVTs to be another way to create an electrically safe work condition instead of a portable voltmeter. But perhaps, the real accomplishment in the NFPA 70E 120.5(N) is that the foundational principles for permanent voltage test devices now exists in a consensus standard. Looming questions remain; will AVTs obsolete the portable voltmeter? Will electricians trust them? How will OSHA weigh in on the use of an AVT over the tried-and-true voltmeter test? These issues, no doubt, will be settled over time. For now, guiding principles are in place to fuel innovation and determine the future for AVT product standards. The consensus standards processes, new product engineering innovations, and better product certifications will result in AVTs that will stand up to the rigors of daily usage in the field by workers who depend on them daily for their safety.

Without question, the highest risk task for qualified electrical workers is creating an electrically safe work condition. The minimum OSHA compliance for this task is essentially a qualified worker with a voltmeter in-hand donned in PPE doing a voltage test inside an electrical panel. Over the past decade, a deeper understanding of arc flash energy highlighted the risk of voltage exposure to health and safety managers. Since then, many Fortune 1000 companies mitigated this risk by installing hundreds of thousands of PESDs into electrical equipment as part of their safety programs as aids for isolating electrical energy during Lockout/Tagout (LOTO). Validated installation procedures for PESDs combined with LOTO procedures significantly reduces the likelihood that workers will be exposed to voltage when creating an electrically safe work condition.

The collective experience of PESDs along with a proven safety record over the past decade led to the creation of another device in the PESD family—the AVT. An AVT automates the process of creating an electrically safe work condition that may ultimately eliminate the manual six-step voltmeter test required by OSHA 1910.333(b)(2)(iv)(B). The minimum requirements for this device are described in the 2016 version of the UL-1436 specification. Once AVTs earn industry acceptance, perhaps AVTs will be standard features on every electrical disconnect or circuit breaker? Industry acceptance, however, doesn’t happen overnight as evidenced by the history of other electrical devices such as the Ground Fault Circuit Interrupter (GFCI) outlet and the circuit breaker. Each one of these devices labored through years of improvements and modifications before earning their place as standard electrical devices.

The Laborious Code and Standard Cycle
As a teenager in the 1970s, I watched my friend’s mom freeze with a hedge trimmer in her hand, unable to move because ground fault current was paralyzing her body. Luckily, she avoided injury because her quick acting husband unplugged the trimmer from the 120VAC outlet. Today, these incidents rarely occur because the codes require GFCI outlets on every outdoor outlet without exception. The unquestioning reliability record of GFCI outlets also did not just happen, but was a result of five major and many numerous minor revisions to the original 1971 UL-943 GFCI outlet specification. As the GFCI’s safety and reliability reputation grew, standards committees subsequently responded with 20 new code references from 1971 to 1999. After Thomas Edison invented the first circuit breaker in 1876, it took until 1898 before it was used in an application. In 1904, ITE (formally Cutter Manufacturing Co.) became the first manufacturer of circuit breakers. The first published circuit breaker product standard wasn’t until 1922 and almost 40 years later circuit breaker panels replaced fuses, at least for residential construction in the 1960s—even today, fuses still compete with resettable circuit breakers in certain applications. Both the circuit breaker and GFCI outlet were welcome electrical safety innovations, but only after they earned acceptance by users through years of design improvements, technical advancements, and manufacturing innovations, all of which were supported, encouraged and inspired by code revision cycles, standards, and—most importantly—safety.

At this early developmental stage of AVTs, fully vetting and understanding the foundational principles of operation helps ensure that AVTs may eventually become the de-facto standard equipment on all electrical isolation devices. Looking between the lines of 2018 NFPA 70E 120.5(N), one discovers four principles for PESDs can be gleaned from this text:

Exception No. 1: An adequately rated permanently mounted test device (a) shall be permitted to be used to verify the absence of voltage of the conductors or circuit parts at the work location, provided it meets all the following requirements: (1) It is permanently mounted and installed in accordance with the manufacturer’s instructions and tests the conductors and circuit parts at the point of work (b); (2) It is listed and labeled (c) for the purpose of verifying the absence of voltage; (3) It tests each phase conductor or circuit part both phase-to-phase and phase-to-ground; (4) The test device is verified as operating satisfactorily on any known voltage source before and after verifying the absence of voltage.(d)
(a) A robust high impedance design combined with an overvoltage rating of CAT III(1000V)/IV(600V) ensures that voltage surges do not damage the device and create an unsafe or dangerous condition. Power distribution systems are good applications for permanently mounted test devices but require a minimum of a CAT IV(600V) overvoltage rating.
(b) The previous phrase, “installed in accordance with the manufacturer’s instructions and tests the conductors and circuit parts at the point of work,” reaffirms that permanently mounted test devices require a validated installation procedure documented by the end user for every installed device. The concept of “proper installation” is a common theme in each new edition of the NFPA 70E. Obviously, permanently mounted test devices are both dangerous and useless if installed incorrectly or not at the “point of work.”
(c) A suitable “listed and labeled” absence of voltage tester also needs a listing and labeling for both the correct environmental enclosure rating (UL Type and IP) as well as a suitable overvoltage rating.
(d) Over the past several years, many users began using a CAT III/IV UL listed impedance protected test points with a CAT III/IV UL listed voltmeter to verify absence of voltage from outside the electrical panel. This combination of a portable and permanent adequately rated device is an example of an innovation that clearly meets the intent of requirements of NFPA 70E 120.5 (N) (3)- (4).

A SIL-3 Reliability Primes the Innovation Pump
The most important far reaching effect of the UL-1436 specification, however, is the introduction of a reliability standard based on a Safety Integrity Level 3 (SIL-3) for absence of voltage testing systems. Notice that the term “system” is used because only a system, not a device, can be SIL-3 rated. Furthermore, a SIL-3 rated system does not require all, or any, SIL-3 components, but rather must be engineered to both fail safely and meet a minimum uptime reliability performance measure. With the foundational principles of PESDs laid out in NFPA 70E 120.5(N), the door is now open for innovation on “absence of voltage systems.”

Conclusion
What forces will affect today’s accepted practice of creating and verifying an electrically safe work condition? Getting back to our GFCI story, I can’t remember the last time I used an electric hedge trimmer with an extension cord. Why? Because all my yard tools are now battery powered, so l have less need for GFCIs. In this case, forces such as product standards, consensus standards and field experience application will inevitably collide with other yet unknown forces to help answer this question in the years to come. For now, permanent absence of voltage testing devices is recognized in a consensus standard and also has a product specification with a nationally recognized testing laboratory. Let’s enjoy this journey and see where it will take us.

Philip Allen, CEO, is owner and founder of Grace Engineered Products Inc. in Davenport, Iowa. Allen is a thought-leader and innovator in electrical workplace safety and holds four US Patents on electrical safety products. His passion for innovation helped make permanent electrical safety device (PESDs) and the GracePort a household name among the industrial electrical community. If you would like more information about this topic, please email shannone@grace-eng.com.

For more information about Grace Engineered Products Inc. or other products, click here to go to Utility Products’ website.