TEP to end use of coal, switch primarily to natural gas at Tucson Power Plant 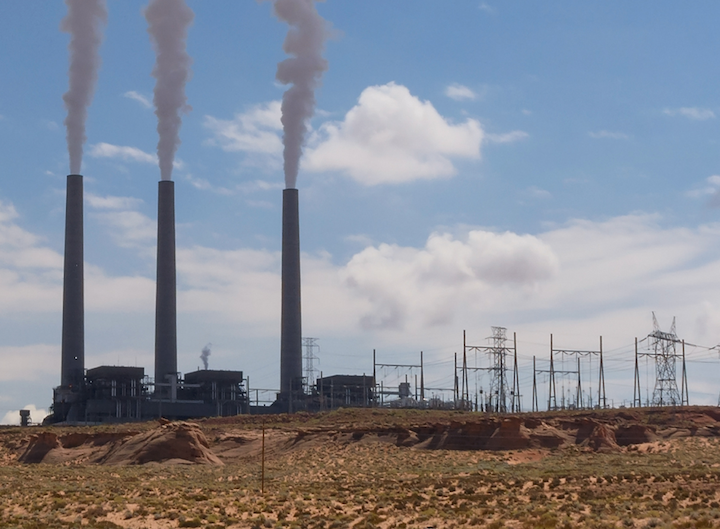 Tucson Electric Power is ending the use of coal power at its largest local power plant as part of a plan to diversify the resources it relies on to provide safe, reliable and affordable service.

The coal inventory at the H. Wilson Sundt Generating Station should already be depleted. The last remaining chunks will be pulverized and fed into the boiler of Unit 4, a multi-fuel unit that now will rely primarily on natural gas, supplemented by renewable landfill gas and a “solar boost” system.

“Eliminating the local use of coal is an important part of our plan to build a cleaner, more diverse energy portfolio,” said David G. Hutchens, TEP’s President and Chief Executive Officer.

The Sundt power plant has been a focus of changing federal energy and environmental policy. In July 1982, the U.S. Department of Energy ordered that all four units at the natural gas-fired plant be converted to burn coal pursuant to the Power Plant and Industrial Fuel Use Act of 1978, which sought to preserve domestic supplies of natural gas during the energy crisis. That law was repealed in 1987, though, and the DOE later rescinded its order after TEP had completed the conversion of Unit 4.

Now the plant is subject to new federal requirements that require reductions in coal-fired power production. The Environmental Protection Agency accepted TEP’s proposal to end the use of coal at the plant as an alternative to the installation of costly emission controls to limit regional haze.

TEP is ending its use of coal at the plant more than two years ahead of the Dec. 31, 2017, deadline in its agreement with the EPA. The transition also will help Pima County comply with stricter ozone standards that take effect later this year while reducing the plant’s carbon dioxide emissions, contributing toward compliance with new “Clean Power Plan” rules that are designed to take effect beginning in 2022.

TEP typically fueled Unit 4 with coal when natural gas prices were higher, reducing costs that are passed along in customers’ monthly bills. While Unit 4 will lose that flexibility, it can produce 30 percent more power when fueled by natural gas.

“With the current low cost of natural gas, ending our use of coal at the Sundt Generating Station is a cost-effective way to improve our environmental performance while preserving the reliability of our local electric service,” Hutchens said. “This step serves the best interests of our customers, our community and the environment.”

TEP’s Integrated Resource Plan calls for cutting the company’s coal-fired generating capacity by more than 30 percent and reducing greenhouse gas emissions by 25 percent over five years. TEP is increasing its use of natural gas and relying more heavily on its expanding renewable energy portfolio, which now includes more than 400 megawatts of solar, wind and other resources — enough to meet the annual electric needs of more than 84,000 homes.