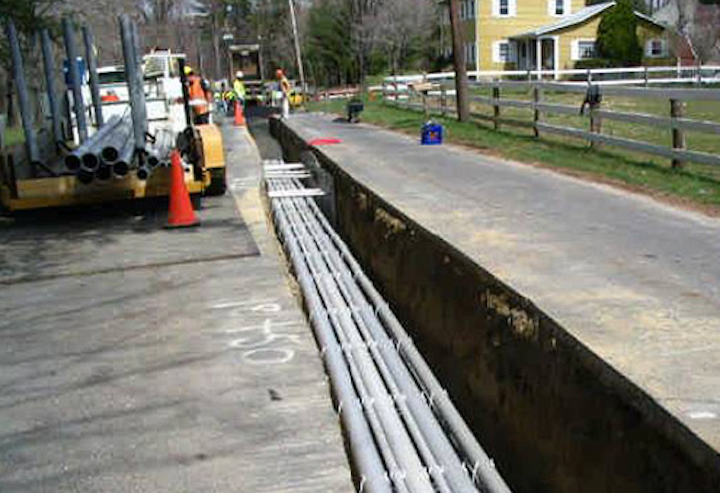 As part of its ongoing efforts to strengthen the durability of its electric system and enhance service reliability for its customers, Potomac Edison, a FirstEnergy Corp. utility, is replacing about 22 miles of underground distribution cable throughout its Maryland service area at a cost of about $4.5 million.

Much of the cable replacement work is being done in residential subdivisions that were built years ago using an underground electric system instead of using overhead wires.

"We are replacing sections of underground cable in areas where outages have occurred with new wires encased in PVC conduit to better protect the equipment," said James A. Sears, Jr., FirstEnergy's president of Maryland Operations and vice president of Potomac Edison. "While underground electrical equipment is in many ways better protected from the elements than overhead wires, if an outage does occur it often takes longer for our crews to pinpoint where the underground problem is and make repair."

Rather than digging trenches through yards and driveways when replacing underground cable, utility contractors often use specialized equipment to bore horizontally beneath the ground. The equipment is able to change direction underground and bore laterally as far as 500 feet without surfacing, depending on soil composition. Once the boring is completed, the conduit and cable are fed through the underground openings.

While underground electric equipment is not exposed to tree-related damage, lightning strikes on interconnected overhead equipment and other conditions can still cause outages. Underground cables housed in conduit are easier for line crews to repair, which can shorten the duration of service interruptions.

Outage data is used to prioritize the areas where the underground cable is replaced.