E.U. home energy prices climbing faster than in the U.S.

Regulatory structures — including taxes and other user fees, investment in renewable energy technologies, and the mix and cost of fuels — all influence electricity prices 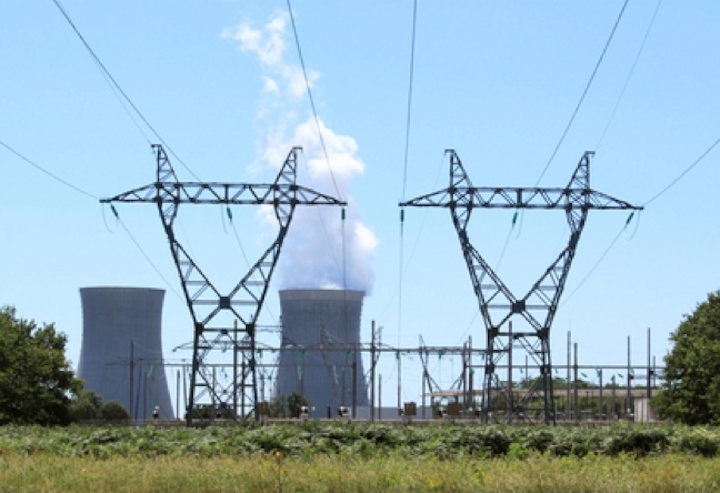 Regulatory structures — including taxes and other user fees, investment in renewable energy technologies, and the mix and cost of fuels — all influence electricity prices. 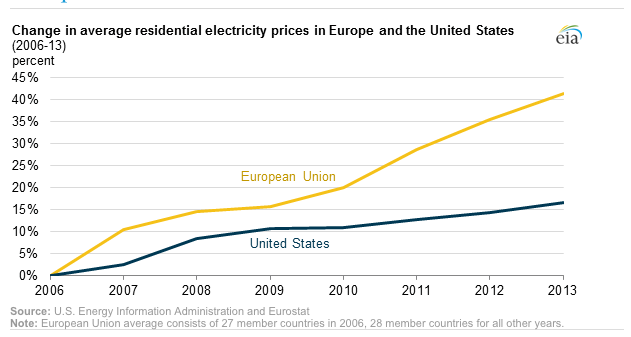 These averages mask wide differences across the European Union, ranging from 11.99 cents/kWh (Bulgaria) to 39.42 cents/kWh (Denmark) in 2013. Denmark and Germany have some of the highest prices in the region, while Bulgaria is the only country in the EU-28 with residential prices lower than the U.S. average in 2013.

Taxes and levies explain high prices in some European countries. EU countries taxed residential electricity rates at an average of 31 percent in 2013, up from an average of 23 percent in 2006. These values vary greatly by country, with tax ratess in 2013 as low as 5 percent in the United Kingdom (UK) and up to 57 percent in Denmark.

In Germany, where taxes and levies account for about half of retail electricity prices, transmission system operators charge residential consumers a renewable energy levy that is used to subsidize certain renewable generation facilities. Overall, nonhydro renewable electricity generation in the European Union increased its share from 6 percent in 2006 to more than 12 percent in 2013, while in the United States it increased from 2.5 percent to more than 5 percent.

In addition, Germany committed to reducing the number of operating nuclear plants in the country and introduced policy incentives to reduce electricity generation from coal. Replacing these existing facilities and their fuels with new generation sources has also increased their electricity cost.

Natural gas has accounted for an increasing share of U.S. generation as domestic natural gas production increases have allowed for a greater supply to be available at relatively low cost. Although about 18 percent of 2012 EU generation came from natural gas, most EU countries consume more natural gas than they produce and thus rely on pipeline or liquefied natural gas (LNG) imports. From 2006 to 2013, prices for natural gas at the main trading hubs in the UK and Germany increased by more than a third, while prices at the U.S. benchmark Henry Hub decreased by 45 percent.