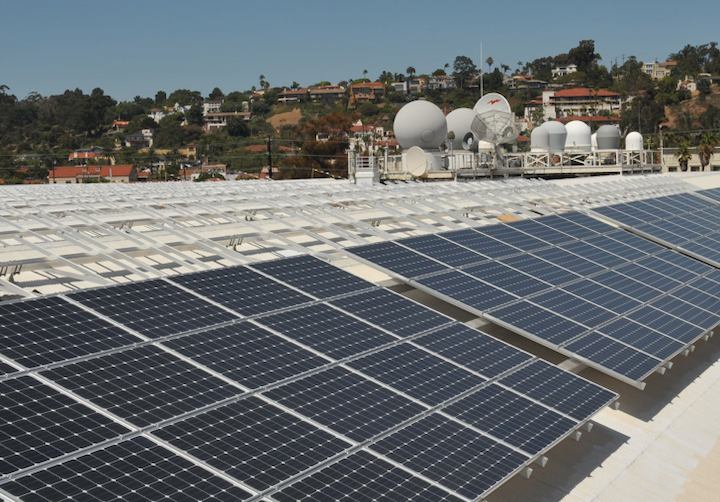 Seven billion people will live and work in urban areas by 2050 and the demand for energy for all these people will be huge. Local production of energy will be needed with building-integrated photovoltaics (BIPV) key to make cities at least partially self-sufficient with energy.

More than half of the planet’s population lives in urban regions today. This will grow to 75 percent in the next 30 to 35 years. That would mean seven billion people living in more or less congested areas, all needing shelter, food — and lots of energy.

There is a growing consensus that the mega cities in the future cannot rely entirely on energy produced far away. Besides supply constraints, there are energy losses in the transport of the electricity, logistical nightmares, security issues and of course environmental concerns. 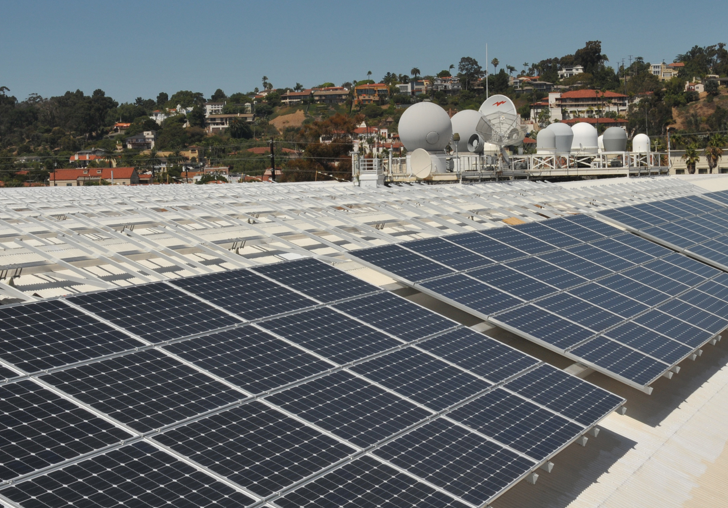 There is a very healthy debate about distributed energy generation, often defined as power generation from many small sources. This discussion must be encouraged. We simply cannot solve the energy challenges of tomorrow with energy solutions of yesterday.

The distributed energy discussion has so far mainly centered on local smaller power plants, district energy, more efficient electricity distribution, the ‘smart grid’ etc. That is good. But we must also talk about the potential for local production of renewable energy by the end users on a micro scale, the very individuals who consume all this energy.

What do the end users have in common? Well, they all need a roof over their heads, at home and at work. These roofs can produce renewable energy! So the building industry can play a major role in solving the mega cities’ energy challenges.

Look at an aerial image of a city and you will see an area densely covered by buildings — crisscrossed by roads and the occasional recreational area. All these buildings — houses, apartment blocks, garages, offices, factories, schools and municipal buildings of all sorts — have roofs. New development in solar energy has transformed all these roofs and even walls into potential giant solar energy receivers.

The electricity produced by rooftop solar energy could be used for heating, cooling, running office machinery or even fed back to the grid, earning the building owners money.

What I call "roof energy" is of course building-integrated photovoltaics, one of the fastest growing segments of the photovoltaic industry. Photovoltaic materials are used to replace (or are added on to) conventional building materials in not only roofs but also skylights and facades. They can be incorporated into the construction of new buildings as a principal or ancillary source of electrical power and existing buildings may be retrofitted with similar technology.

Traditional wafer-based silicon solar cells are efficient but rigid, thick and heavy, ideal for large solar parks in sparsely populated areas but not in dense cities. They are too heavy for most roofs. However, thin films solar cells made out of a copper-indium-gallium-selenium metal alloy (CIGS) are thin, light and flexible. They can be made frameless and can be bent and are ideal for buildings and other structures that are uneven, moving or weak.

The business case for thin films solar cells are strengthening rapidly since they are becoming increasingly efficient. A Swedish supplier of thin film solar cell manufacturing equipment (Midsummer) has managed to increase the aperture efficiency (the area on the solar panel that collects energy) from six percent four years ago to 11 percent two years ago and a record breaking 17 percent today by using a revolutionary all-dry, all vacuum process where all layers are deposited by sputtering.

An office, school, storage facility or factory with a flat rood in a Mediterranean country like Italy could annually yield 1,250 kWh from every kW installed, at a production cost of 7.2 US cents. The production cost would decrease if the roof is slanted, by up to 20 percent for an optimal 35 degree angle.

A production cost of 5 to 10 cents is well below the current — not to mention the expected future — electricity prices in Europe. There are great variations in the price of electricity in Europe today, but many users pay between 10 and 30 cents per kWh (including taxes). Commercial and residential users pay even more.

So there is already a business case for thin film solar cells on roofs, either retrofitted or new construction. The payoff time is five years for a building in Rome, nine years in Munich, 14 years in Paris and 19 years in Stockholm — well below the 25+ years lifespan of the panels.

The $100 billion global roofing material market is in a healthy state, growing at 3.7 percent per annum and driven by an uptick in residential building construction (especially reroofing) in both developed and developing markets. Here is an excellent opportunity for architects, roofing material suppliers and construction companies to take a leading position in what is destined to be the material of choice for urban planners in the future.

Concrete tiles and bituminous products dominate the roofing markets but both have disadvantages. Asphalt singles have a short life span and concrete tiles are heavy and cannot be used on flat roofs. And none of them can produce renewable energy.

Thin film BIPV solar energy solutions, on the other end, can be made light and are flexible. They can be fitted or retrofitted onto roofs without perforating the roofs and can be curved or bent. Installation is easy and cost-efficient, with no racks or ballast needed. There are no weight constraints and no access limitations (you can walk on the panels). And they can be integrated on both bitumen and TPO membranes.

Selling roofing solutions and electricity together opens up to completely new business models: suppliers can offer a discounted roofing price in combination with a stable and independent supply of electricity. Customers can secure electricity price — and get a new roof.

Municipalities and city planners in today’s and tomorrow’s mega cities will make efforts to make their cities greener and more sustainable. It is no wild guess that green buildings with ‘roof energy’ systems will get preferential treatment in public tenders, and maybe even subsidies. Building owners will like the prospect of lower energy costs.

So the question to the world’s architects, roof manufacturers and construction companies is: Do you feel lucky? Do you feel confident enough to keep doing business as usual, selling traditional roofs to consumers who might sooner than expected demand energy producing and cost saving roofs and buildings? Or will you grab an unparalleled opportunity to gain market share by offering state of the art products that will change the world, or at least the way the world’s urban population power their daily lives?

For me, the answer is simple: If end users can produce part of the energy consume, in a sustainable fashion, where they live and work, that would go a long way towards solving the energy and climate challenges of the future. Flexible, efficient, thin film solar cells for buildings and moving vehicles are an integral part of this solution.

Author: Sven Lindström is co-founder, chairman and CEO of Midsummer, a global supplier of production lines for cost effective manufacturing of flexible thin film CIGS solar cells. Lindström has over 20 years of experience from international business and development of high tech production equipment and vacuum deposition systems. He has over ten years of experience from the development and management of solar cell production equipment and is a firm supporter of distributed electricity production.