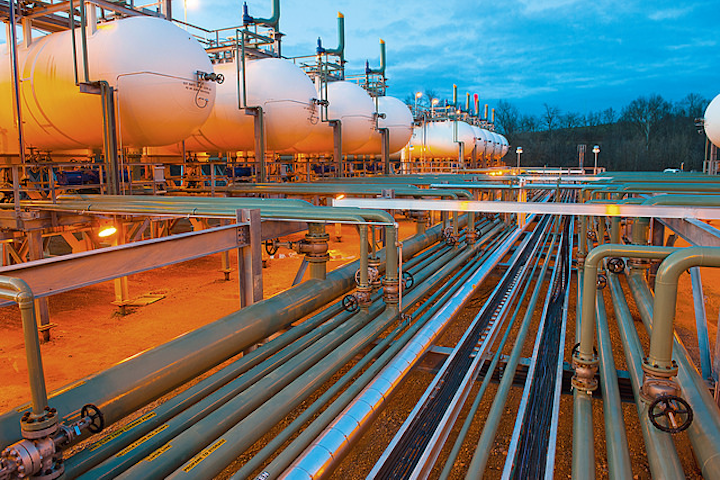 RICHMOND, Va. (AP) — Dominion Energy's planned merger with a South Carolina energy company could open the door for an expansion of the proposed Atlantic Coast Pipeline, both supporters and opponents of the natural gas project say.

In a conference call about the proposed merger, Dominion CEO Tom Farrell said SCANA Corp. is a "natural fit" for Dominion, which already operates a network of smaller natural gas transmission pipelines in South Carolina.

"This combination can open new expansion opportunities, including the Atlantic Coast Pipeline that is now under development, bringing lower-cost natural gas to the region," Farrell said on the call this week.

The Associated Press previously reported that Richmond-based Dominion is considering expanding the project into South Carolina, where business leaders have welcomed the prospect of an increased natural gas supply. Environmental groups, however, said the potential for an expansion into South Carolina raises questions about the pipeline's true need as initially proposed.

Dan Weekley, Dominion's vice president and general manager of Southern pipeline operations, told attendees at an energy conference in September that "everybody knows" the $5 billion pipeline — currently slated to run for 600 miles through West Virginia and Virginia before terminating near Lumberton, North Carolina — is not going to stop there. AP obtained an audio recording from a conference attendee.

Citing AP's reporting in part, two coalitions of public interest groups have asked federal regulators to reconsider their approval of the pipeline, which was granted in October. Meanwhile, the North Carolina Department of Environmental Quality, which is weighing a key water-quality permit, has asked for more information about where the pipeline will end. A spokeswoman said the request was based on the reporting about Weekley's remarks and comments the department received in response.

Despite Weekley's comments, the company said at the time that no decision had been made about a potential expansion, and Dominion spokesman Ryan Frazier said this week that remains the case. The nature and timing of any future project would depend on market needs that haven't been specified, Frazier wrote in an email.

"That said, the ACP could be expanded in the future, while continuing to meet the needs already identified in Virginia and North Carolina," Frazier wrote, adding that any expansion would have to go through a full regulatory review process.

Dominion, the lead developer in the joint venture with Duke Energy and Southern Company, says the pipeline is urgently needed to increase the supply and reliability of natural gas, which in turn will lower energy costs and draw heavy industry to economically depressed areas of Virginia and North Carolina.

Opponents say construction of the massive infrastructure project will degrade the environment and infringe on landowners' rights as property is seized through eminent domain. They also question whether the developers are overstating the need for natural gas at a time when they say global warming makes it essential to invest in renewable energy instead.

Shar Pourreza, an analyst who covers North American power and utilities for Guggenheim Securities, said this week's announcement "certainly helps" the project from an expansion perspective. The purchase would give Dominion gas customers and a more "vested interest" in South Carolina, he said.

Scott Elliott, an attorney for the South Carolina Energy Users Committee, an association of industrial users of electricity and natural gas, said there's strong support from the business community and some influential legislative leaders for the pipeline.

"If Dominion buys SCANA and becomes a regulated utility here in South Carolina, there's no doubt in my mind that they will feel compelled to bring that line into South Carolina," he said.

Environmental groups also said the proposed deal — which is valued at approximately $14.6 billion and is subject to a number of regulatory approvals — would make an extension of the pipeline all the more likely.

The Southern Environmental Law Center said in a statement the purchase would "likely be a springboard to driving Dominion's controversial, unneeded and woefully expensive Atlantic Coast Pipeline."