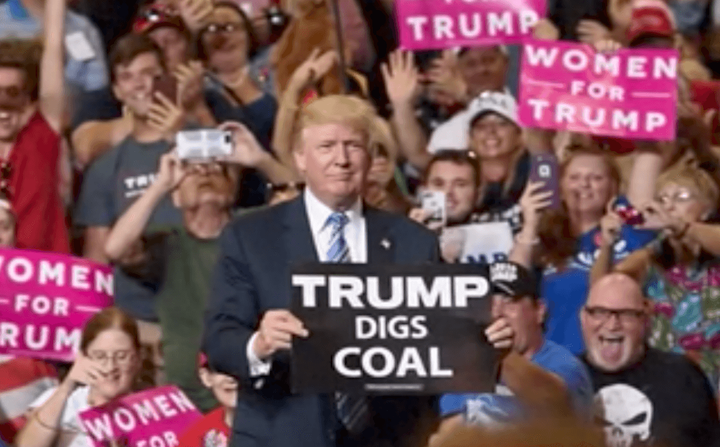 Four other commissioners from both parties agreed there is no immediate threat to the grid. The comments before the Senate Energy and Natural Resources Committee contradict a recent White House directive ordering action to keep coal-fired and nuclear power plants open as a matter of national and economic security.

"I think reliability has been protected and I am confident it can continue to be if we are vigilant about any localized issues," said commissioner Cheryl LaFleur, a Democrat and former FERC chair.

Sen. Martin Heinrich, D-N.M., asked LaFleur and other commissioners whether any of them believe the U.S. is facing "an actual national security emergency" as President Donald Trump claims.

Commissioner Robert Powelson, a Republican, warned that Trump's June 1 directive imploring Energy Secretary Rick Perry to take immediate steps to bolster coal and nuclear plants threatens to "collapse the wholesale competitive markets that have long been a cornerstone of FERC policy." A plan being considered would direct regional transmission operators to buy power from coal and nuclear plants for two years to ensure grid reliability and maximize domestic energy supplies.

Federal intervention to subsidize failing coal and nuclear plants could "blow up the markets" and "result in significant rate increases without any corresponding reliability, resilience or cybersecurity benefits," Powelson said.

He and other speakers cited a recent report by a regional transmission organization that oversees the grid in 13 states and the District of Columbia declaring there's no need for drastic action to protect the grid. "There is no immediate threat to system reliability," Pennsylvania-based PJM Interconnection said in response to Trump's directive. The organization oversees the grid in a region that stretches from Illinois to Virginia, including several states where coal-fired power is a major source of electricity.

Sen. Lisa Murkowski, R-Alaska, who chairs the Energy Committee, said she was concerned about Trump's directive, but said the Energy Department was "trying to fill a perceived vacuum" left by FERC.

"In my view, FERC should be pointing the way on policy improvements that address grid vulnerabilities, while reaffirming our commitment to competition in wholesale power markets," Murkowski said. "I find it unfortunate that prior commissions did not lead more effectively."

While there is no immediate threat to reliability, Congress and the Trump administration "should not assume that good fortune will continue," said Republican commissioner Neil Chatterjee.

But Democrats slammed the administration's proposal, saying Trump was working to "prop up" uneconomic and polluting energy sources like coal to fulfill a campaign promise to bring back coal jobs and reward coal executives that contributed to Trump's 2016 campaign.

"There is no mystery behind the radical proposal" the Energy Department is considering, said Sen. Maria Cantwell of Washington state, the senior Democrat on the Energy Committee.

A top coal CEO, Robert Murray, "sent a letter to the Trump administration with pre-written executive orders to bail out coal mines, eliminate worker safety and allow more pollution," Cantwell said. Murray called for an emergency Energy Department order to keep coal plants open for two years "and that is exactly what DOE is proposing," she said.

"I know the president wants to deliver on this, but the grid operators say the emergency does not exist," Cantwell said.