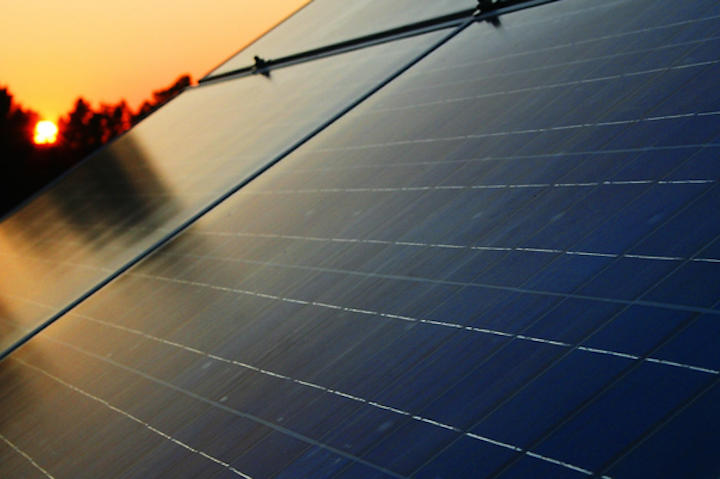 LAS VEGAS (AP) — Nevada's main electric utility said Thursday that if voters reject a statewide energy choice constitutional amendment in November, it plans to partner with six solar power development firms to buy enough power from projects to be built around the state to supply more than 600,000 homes,

NV Energy announced it will submit to the state Public Utilities Commission on Friday an energy resource plan to have projects on an Indian reservation near Las Vegas, two southwest of Boulder City, two in Washoe County and one near Battle Mountain serving customers by 2022, according to a company statement.

Company chief executive Paul Caudill put costs at more than $2 billion, and called it the largest investment of its kind in state history.

"Work on this resource planning effort ... demonstrates that we are navigating the uncertainties in the current market, given Question 3 on the statewide ballot," Caudill said.

He pointed to an April report by the three-member Public Utilities Commission that warned that passing the ballot measure could raise power rates and cost millions of dollars to implement.

Officials with the advocacy groups the Interwest Energy Alliance, Vote Solar and the Southwest Energy Efficiency Project issued a statement hailing the NV Energy proposal as a step toward clean energy efficiency and cost savings for families and businesses.

Representatives of the Sierra Club's Nevada Beyond Coal Campaign, the Nevada Conservation League, the Faith Organizing Alliance and a League of Conservation Voters program also welcomed the plan.

They noted that with the closure of an embattled coal-fired power plant outside Las Vegas, NV Energy draws power today from just one coal plant in the state.

That 522 MW plant, North Valmy in northern Nevada, also provides electricity to Idaho Power Co. It is due to close in 2025.

The company estimates that one MW can power 600 typical homes in Nevada for a year.

It will tell utilities regulators it has contracts to collect energy from:

— The 250 MW Copper Mountain Solar 5 project to be developed by Sempra Renewables adjacent to an existing company project in Eldorado Valley near Boulder City.