It will likely be months before a final decision is made 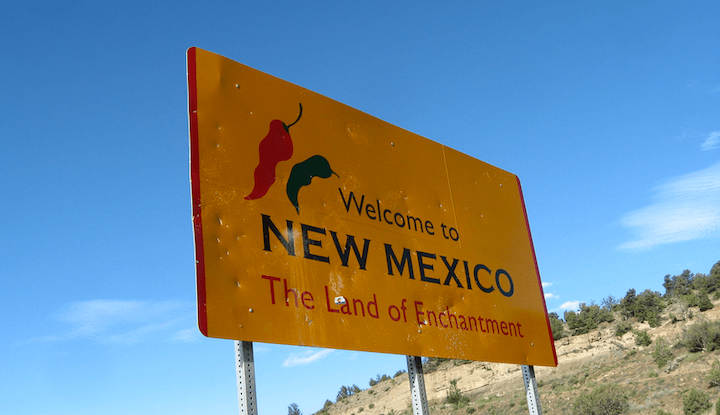 ALBUQUERQUE, N.M. (AP) — Hours of testimony, reams of documents and the concerns of ranchers and others are being weighed as New Mexico regulators consider clearing the way for a $2 billion power line project that will funnel wind and solar energy from rural spots in New Mexico and Arizona to larger markets in the American Southwest.

A five-day hearing before the Public Regulation Commission wrapped up Tuesday, but it will likely be months before a final decision is made.

The two separate 500-kV lines being planned by SunZia would span 520 miles of state, federal and private land in New Mexico and Arizona.

The lines would have the capacity to transfer 3,000 MW to Arizona and California. A single megawatt of solar power, for example, can power roughly 164 average homes in the U.S.

Lattice steel towers placed every 1,400 feet or so would support the high-voltage lines. The towers would stand about 135 feet tall.

The SunZia project has been years in the making and not without controversy. Disputes initially rose over its proximity to a U.S. military installation, and environmentalists and ranchers have raised concerns about wildlife and rangeland.

It took federal land managers several years to review the project's potential effects on everything from the desert landscape to historical resources scattered throughout several counties in the southern half of New Mexico.

In Arizona, regulators gave their approval in 2016 following more than a dozen public hearings.

Final approval from the U.S. Bureau of Land Management to proceed with construction and a right of way permit from the New Mexico State Land Office are expected soon. Construction permits from every county also are needed.

What developers are seeking now from New Mexico utility regulators is approval of the location of the lines and right of way widths.

Environmentalists have acknowledged the unsightliness of the lattice towers and power lines that will interrupt New Mexico's expansive vistas. Some say the trade-off is worth it if it means getting more renewable energy to market.

Others still have concerns about scars on the landscape, effects on a key migratory bird flyway along the Rio Grande Valley and the preservation of petroglyphs and other Native American sites near the proposed pathway of the power lines.

Ranchers also have wildlife concerns and are worried about condemnation and the loss of private property rights if easement agreements can't be reached with the developer.

Supporters, including local government officials, point to the potential economic boon — from additional tax revenues to help rural schools to wind farm lease payments that will save family ranches.

SunZia Project Manager Tom Wray said in an interview that more than 2,000 miles of alternative routes were looked at as part of an extensive review process that involved more than a dozen agencies.

"A lot of folks were at the table as this route was determined. It wasn't determined by the feds sitting in some office in Washington, D.C.," he said.

A former state senator, Wray said the project can help New Mexico diversify its economy and reduce its dependency on commodities that are part of more volatile markets.

Just as New Mexico has significant deposits of oil and natural gas, he said it's blessed with abundant solar and wind potential and that demand from Arizona and California are growing.

Wind turbines already dot the plains from central New Mexico to the Texas border and other big projects are in the pipeline. A recent report from the American Wind Energy Association showed New Mexico added wind power capacity at a faster rate than any other state in 2017.

All sides will file briefs in the case in July and a hearing examiner will take those into consideration along with the information gleaned from the recent hearing before making a recommendation.

The Public Regulation Commission is expected to make a final decision in September. However, it is possible commissioners could call for an extension.

Wray and his team are preparing to start construction either later this year or early next year. Despite not having all the regulatory and permitting boxes checked, they say they're moving ahead with lining up equipment and supplies.

SunZia's goal is to begin commercial operations in 2020.