Line can now operate at a notably higher ampacity load 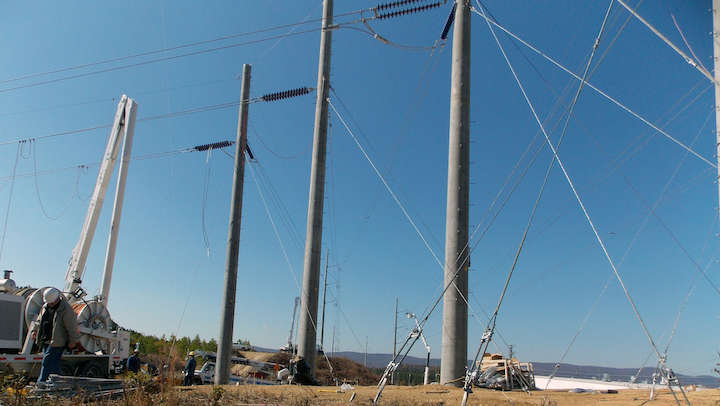 Recently, an existing 230kV ACSR-SD (self damping) transmission line was rerouted to a new substation approximately ½ mile away.

To accomplish this task and to accommodate right-of-way allowance, 6 new monopoles were set in the approximate center of an existing span, these 6 monopoles served as 90° deadend corners, converting the line from a horizontal to a vertical configuration.

The original conductors were cut mid-span and terminated with new compression deadend connectors on the respective new monopoles. 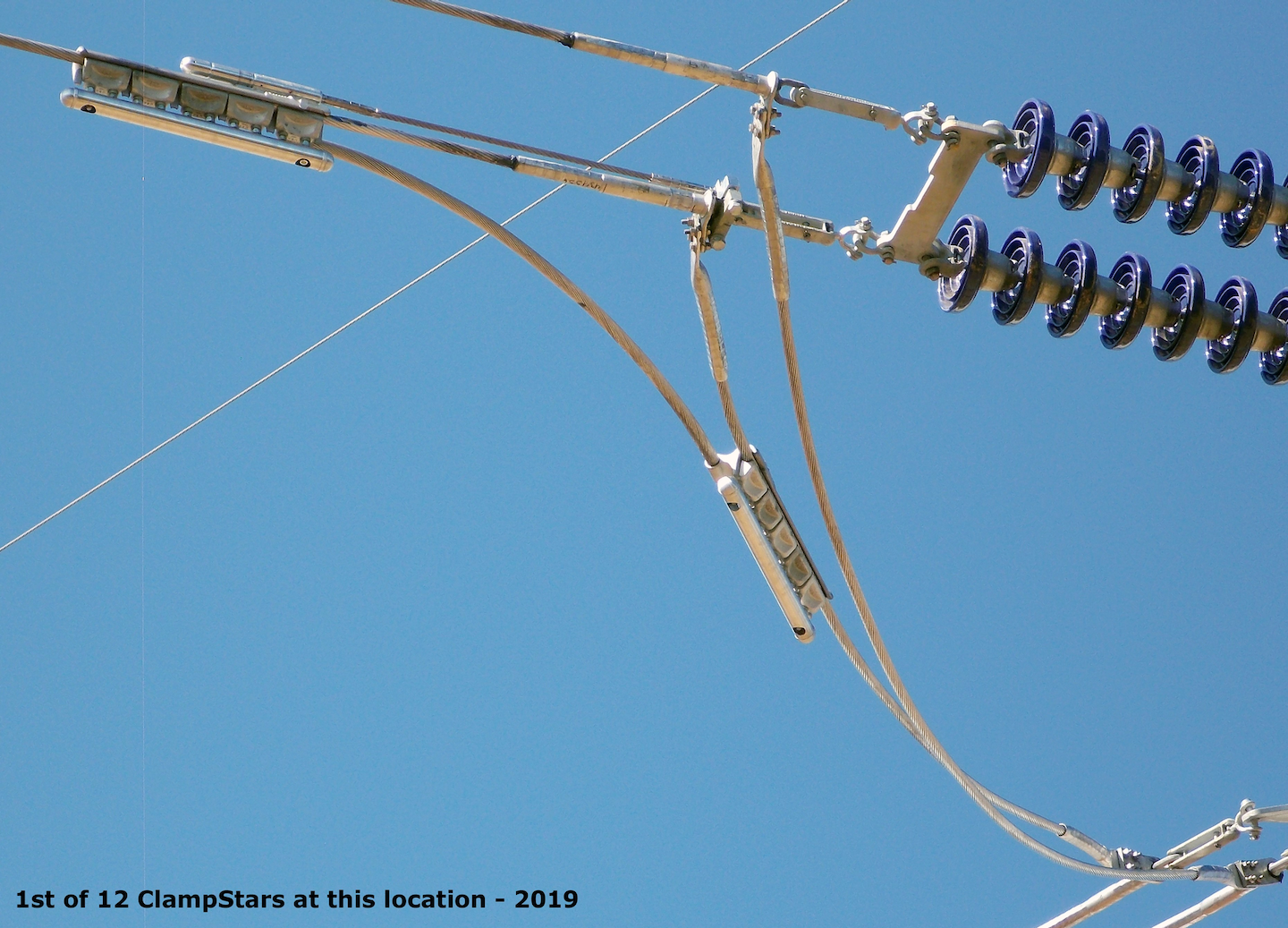 Due to the limitations and short life expectancy of compressing new connectors onto aged, weathered conductor, the utility elected to permanently protect these new connectors with ClampStar® Electrical-Mechanical Shunts.

This is not the first time ClampStars were used on this line. In 2010, after experiencing several splice connector failures on this same line, a decision was made 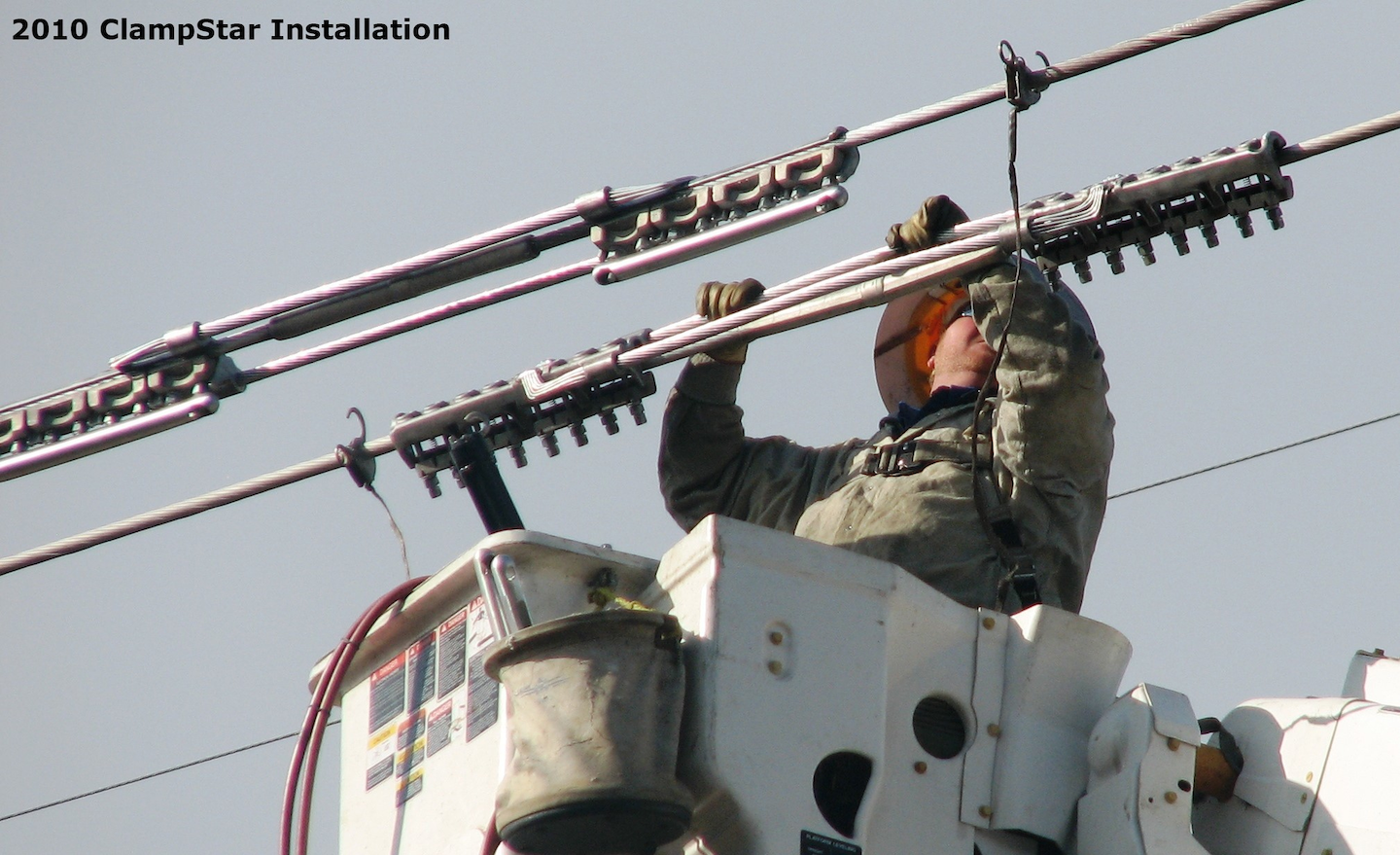 to protect the remaining splices with ClampStar units.

In 2014, a deadend let go, and they completed protecting the line by installing ClampStars on all the deadends, which effectively eliminated all these potential failure points and extended the usable life of the line by several decades. This eliminated the exorbitant costs of reconductoring this critical line without even taking an outage!

With nine years of trouble free service from this once condemned line, the utility is confident that the ClampStar solution assures them many more decades of service from this critical line. Additionally, as an added benefit, the installed ClampStars allow them to uprate the line, which can now operate at a notably higher ampacity load.