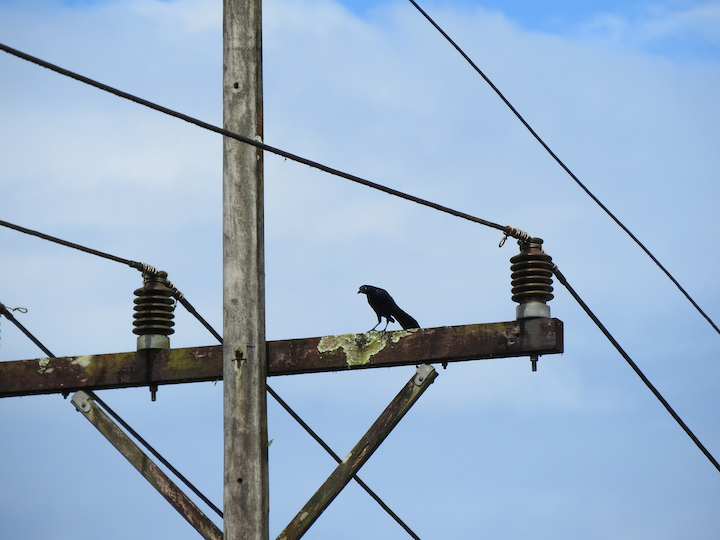 Each year, TransGard tracks hundreds of substation outages caused by climbing animals — squirrels, snakes, raccoons, and others — to compile their list of the worst outages of the year. This year, they've added something new.

Birds regularly challenge squirrels as the leading culprits in the annual occurrences of animal-caused outages across the U.S. As a result, TransGard has added bird outages to this year’s Worst list to raise awareness of the size of the problem.  TransGard recently introduced Laser Bird Defense, a high-tech solution to prevent outages caused by birds roosting and nesting in substations, or damaging equipment with corrosive bird droppings.

Here is TransGard’s list of the Six Worst Outages for 2019 — each involving costly repairs and damaged reputations for utilities and substation operators:

1. Transit takedown: A raccoon entered a substation just outside of Hartford, Conn., in May, causing a fire that damaged key elements of the structure and blacked out the city of Hartford. Traffic signals at major downtown intersections, as well as the bus/metro station were without power for close to two hours.

2. Squirrel puts inmates in the dark: The Hamilton County Justice Center was just one of dozens of businesses affected in September by a squirrel incursion into a Cincinnati, Ohio, substation. As a result of the squirrel-caused substation damage, the Ohio detention center — and its inmates  —  were left without power for about two hours.

3. Bird delay?: On the evening of June 13, 15,000 baseball fans sat in darkness at Tropicana Field in St. Petersburg, Fla., following a power outage to the stadium caused by a bird’s nest that had dropped into a sensitive area of an electrical substation. More than 12,000 of the stadium’s neighbors were also without power.

4. A cold-blooded outage: In August, a snake turned off the air conditioning — as well as all other electricity — to nearly 10,000 residents and vacationers in North Carolina’s Outer Banks when it crawled into an electrical substation and damaged sensitive elements.

5. Problems at Purdue: A power outage caused by a squirrel in a substation in Lafayette, Ind., jeopardized Student Move-In Day at nearby Purdue University in August. Close to 4,500 customers were affected.

6. School’s out in San Diego: San Diego State University canceled classes on November 12 as a result of a power outage caused by a bird entering —  and damagin — a substation that services the campus. The campus health center, student union, library, and several dormitories were affected. In total, 24,000 customers were affected by the outage.

This list represents a fraction of all animal-caused outages, many unreported, at substations in every region and climate of the U.S. While some substation operators take steps to prevent animal incursions, thousands of at-risk substations remain unprotected.