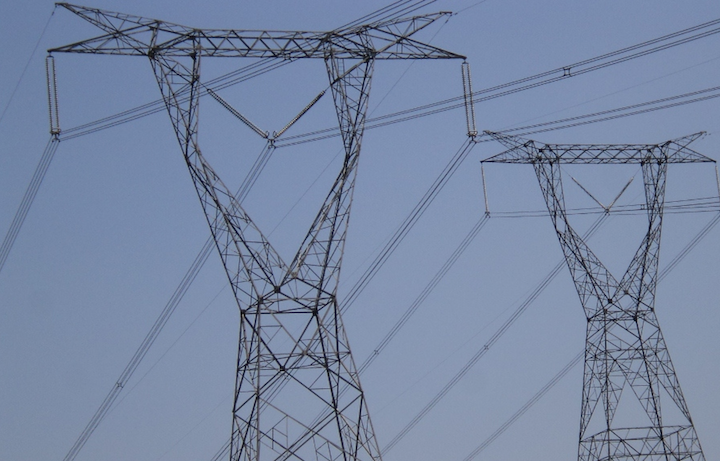 “In April, we announced that in the fourth quarter of 2015, Entergy Arkansas will begin constructing a new, about $62 million transmission line from Monticello to Reed,” he said, adding that the project will include expanded electrical facilities, including a new substation in Reed to move power more reliably and efficiently into the region.

As TransmissionHub reported, the project involves building the new 24-mile line, crossing parts of Drew and Desha counties, and expanded electrical facilities, including the new substation in Reed. The proposed route includes a transmission line segment to the Monticello Industrial Park where the company plans to build a new distribution substation to serve industrial and commercial customers who locate there, the company’s April 6 statement added.

Also in April, Denault said during the Aug. 4 call, Entergy Louisiana filed for certification of an about $57 million transmission line in southeast Louisiana, with an in-service date of December 2018.

“This project is expected to lead to $515 million in savings to Louisiana customers over its first 20 years, which will be realized through a lower fuel adjustment clause,” he said.

An Entergy spokesperson told TransmissionHub on Aug. 4 that the Louisiana Economic Transmission Project (LETP) is a portfolio of four transmission projects designed to cost-effectively reduce congestion in the Baton Rouge industrial corridor and to increase the amount of economic power that can flow into the Amite South region.

The spokesperson noted that the LETP is subject to regulatory approval and consists of four individual projects:

3. The upgrade of the Line Bay Bus at the Romeville substation project includes upgrading the line bay bus to allow the flow limit on the Wilton–Romeville bus to increase. Construction is to begin in February 2017, and the project has an in-service date of December 2017

Denault noted during the call that Entergy is taking advantage of Midcontinent ISO (MISO) market opportunities to meet the needs of the changing generation landscape.

“In May, we announced a significant $30 million transmission investment to upgrade the connection of the New Orleans metro area to Ninemile 6,” he said.

The transmission project, Entergy said in a May 28 statement, is part of ongoing integrated resource planning for New Orleans, as the company is preparing to deactivate the aging Michoud generating facility, originally placed into service during the 1960s. Those upgrades are required by MISO prior to the planned 2016 Michoud deactivation, Entergy said, adding that the company is also evaluating Michoud as a site for a future generation facility.

Entergy said that as a result, it will complete the project in two phases, both originating on the west bank at the Entergy Ninemile generating facility. The first phase, Ninemile-Napoleon substation, will affect the Audubon Park, upper Magazine Street and Annunciation Street areas, Entergy said, adding that the second phase, Ninemile-Derbigny substation, will primarily affect the Carrollton-Hollygrove area, including Cambronne Street, and through the outer portions of the Xavier University footprint.

Both phases will replace the existing 230-kV transmission lines with a 3M aluminum conductor composite reinforced high-voltage wire that will move power more reliably and efficiently, the company said. Through the use of that advanced technology, Entergy minimizes the need to replace the existing steel poles while providing additional transmission capacity, the company said.

During the call, Denault said that in June, Entergy Gulf States Louisiana filed for certification – with the Louisiana Public Service Commission – of an up to $187 million transmission project with an in-service date of June 2018.

Denault was referring to the Lake Charles Transmission Project, which, as TransmissionHub reported, has received approval from the MISO Board of Directors.

The Lake Charles Transmission Project is planned to bring power more reliably and efficiently into a region projected to have the fastest job growth rate in the state, the company added in a Jan. 8 statement.

During the Aug. 4 call, Denault also noted that improvements to Entergy Texas Inc.’s transmission system are progressing, including upgrading of existing transmission lines and the construction of three new transmission lines receiving Public Utility Commission of Texas (PUCT) approval in 2014 and this year.

Another Entergy spokesperson told TransmissionHub on Aug. 4 that projects in Texas include the China to Amelia project, the Ponderosa to Grimes project, and the Hartburg to Chisholm Road project.

According to Entergy’s website, the about $31 million China to Amelia project, located in east Texas, involves the construction of a new 230-kV transmission line between Entergy Texas’ China and Amelia 230-kV substations. The project, which is currently under construction, is expected be placed in service by next summer, and addresses future load growth and reliability needs in east Texas.

Entergy’s website further notes that the about $97 million Ponderosa to Grimes project, located in the western area of Entergy Texas, includes the installation of a 345-230-kV autotransformer at Grimes, installation of a new 230-138-kV autotransformer at the Ponderosa switching station, and the construction of a new 230-kV line between Grimes and Ponderosa. The project also includes the upgrade of a 138-kV transmission line between the Ponderosa and Conroe substations. The project, which is expected to be in service next summer, addresses both the future load growth and reliability needs in Entergy Texas’ western area, as well as congestion in the Grimes substation area.

Of the Hartburg to Chisholm Road project, Entergy’s website notes that the Orange County Transmission Project will enable the company to meet an important need in Southeast Texas by adding a new transmission source by early 2017, and reconfiguring two other existing transmission lines.

Denault said during the call that Entergy Mississippi has four transmission projects in various stages of development.

“These projects represent more than $280 million in investments in Mississippi, support economic growth and provide additional reliability,” he said. “In-service dates are scheduled in 2018.”

Another Entergy spokesperson told TransmissionHub on Aug. 4 that those projects are:

· The Southwest Mississippi Reliability Improvement Project, which includes building a new 230-kV line from Baxter Wilson 115-kV to Natchez SES 115-kV. The project will also include rebuilding the existing Baxter Wilson to Natchez SES 115-kV. The about $146m project is expected to be in service by the summer of 2018, and addresses future load growth and reliability needs in the southwest Mississippi area

· The 115-kV Franklin to McComb Reliability Improvement Project, which involves the construction of a new 230-kV transmission line from Franklin to the McComb substation. The about $52 million project is expected to be in service by the summer of 2018, and addresses future load growth and reliability needs in the south Mississippi area

· The Madison/Hinds Improvement Project, which includes constructing a new 230-kV line from the existing Bozeman Road 230-kV substation to the new Tinnin Road 230-kV substation, which will tap the existing Clinton Industrial to Gerald Andrus 230-kV line in northern Hinds County. The about $44 million project is expected to be in service by the spring of 2018, and addresses future load growth and reliability needs in Madison and Hinds counties