$1 billion data center near Reno will be world's biggest 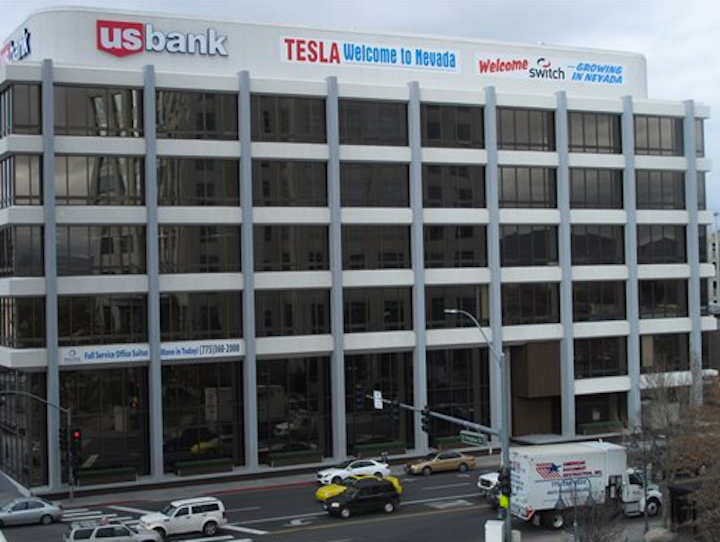 RENO, Nev. (AP) — The largest lithium battery factory in the world is getting a new neighbor at an industrial park east of Reno — the world's biggest data center.

Las Vegas-based Switch plans to invest $1 billion in the 3 million square foot "supernap" center. It will be built on 1,000 acres at the Tahoe Reno Industrial Center, where Tesla Motors currently is building its $5 billion gigafactory to make batteries to power its electric cars.

Gov. Brian Sandoval announced the plan in his State of the State address Thursday night along with a $1 billion expansion of Switch data space in Las Vegas.

"This will make Nevada the most digitally connected state in the nation," Sandoval said in his speech to lawmakers in the Assembly chambers, where Switch CEO and founder Rob Roy was on hand. 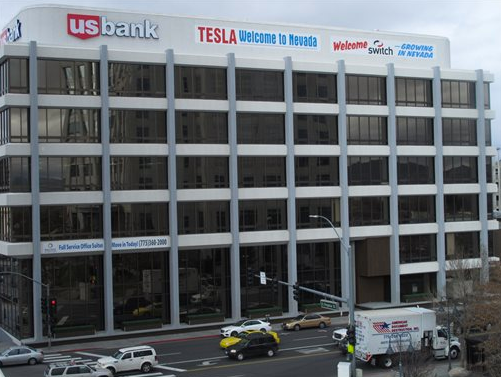 The company operates two data center facilities in Las Vegas, providing security, power and cooling for stacks of thousands of servers owned by more than 1,000 clients that include eBay, Xerox, Zappos, Amazon, DreamWorks, Shutterfly and the U.S. government.

Switch's "supernap" project includes the development of a 500-mile fiber optic network it calls a "superloop" that will connect Reno, Las Vegas, Los Angeles and San Francisco and dramatically increase the speed of information traveling between the cities.

The company said it will place 50 million people within 14 milliseconds of data, with information moving between Reno and Las Vegas in only 7 milliseconds.

Like the Tesla deal announced in September, and a similar smaller agreement that brought Apple's $1 billion data center to the Reno area in 2012, Switch is expected to receive tax incentives for the new project in northern Nevada.

Switch expects the overall project to take five to 10 years but its first facility should be open by the second quarter of 2016, said Adam Kramer, company vice president of government and public affairs.

There's no immediate job estimate tied to the plans, but Kramer said Switch employs 400 workers at its data center in southern Nevada, which will expand from the current 2 million to 3.5 million square feet. The Las Vegas operation also has an additional 5,000 people who work on the site for Switch's clients.

Switch has to bring 100 jobs to northern Nevada to qualify for the tax breaks.

Steve Hill, director of the Governor's Office of Economic Development, said the deal still has to be approved by Storey County and the state's economic development board but would include a reduction of sales tax to 2 percent as well as a 75 percent reduction in personal property taxes for 15 years.

Sandoval said it's the latest in a string of major victories in recent years as Nevada tries to diversify an economy heavily reliant on tourism and gambling revenue. The state also has been selected as one of six national training sites for unmanned aerial systems, or drones.

"We became the home to dozens of other national brands who now employ Nevadans in industries of the future — cyber security, medicine, aviation, renewable energy, manufacturing, data storage and more," said Sandoval.

"The list of companies wanting to do business in Nevada keeps growing," he said.