Both the Dunkirk and Huntley power plants are circling the drain 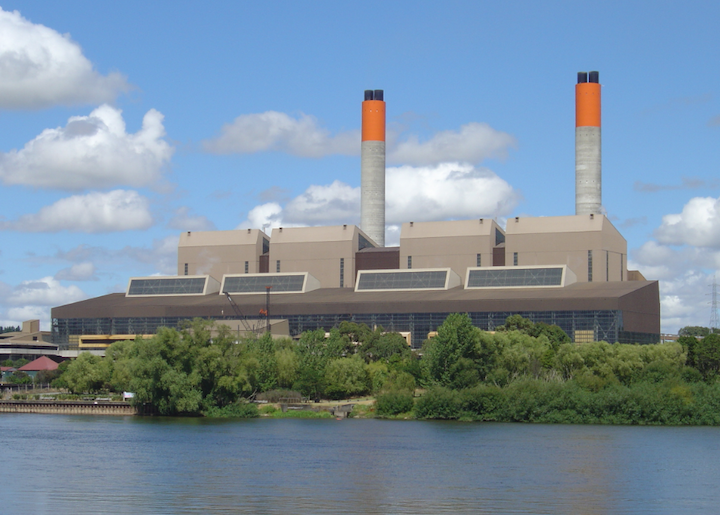 The New York ISO and National Grid need to report back to the New York Public Service Commission by Sept. 24 on various scenarios related to grid impacts of the potential shutdowns of the coal-fired Dunkirk and Huntley power plants.

A commission official on Aug. 28 sent a letter to the companies asking for the studies. This was at least in part prompted by an Aug. 25 notice from NRG Energy informing the commission that NRG intends to retire Huntley Generating Units 67 and 68, located in Tonawanda, New York, effective March 1, 2016.

Also, NRG advised the commission on Aug. 25 that it will mothball the remaining Dunkirk unit, beginning Jan. 1, 2016. National Grid and NRG currently have a Reliability Support Service Agreement (RSSA) for Dunkirk Unit 2 that expires Dec. 31, 2015.

Said the Aug. 28 letter from a PSC official: "I am requesting that the New York Independent System Operator Inc. (NYISO) and National Grid work together, as necessary, to perform appropriate studies to assess the reliability impacts of the Huntley Units 67 and 68 retirements, effective March 1, 2016, and the mothballing of all the Dunkirk facilities, effective January 1, 2016. These studies should use the reliability standards and planning criteria adopted by the North American Electric Reliability Corporation (NERC), Northeast Power Coordinating Council (NPCC), New York State Reliability Council (NYSRC), and National Grid.

"In addition, please analyze and explain any long-term reliability impacts of the Huntley retirements and Dunkirk mothballing by performing an analysis for the ensuing five years. In the event the unavailability of these generating units adversely affects reliability, please provide a description and study of the potential transmission upgrades and/or alternative resources that would be needed to maintain reliability, including any cost estimates and implementation schedules.

"Further, in light of NRG's decision to put on hold the refueling project of three of its Dunkirk generating units and in order to better understand the changed circumstances, if any, in Western NY affecting National Grid's transmission system and to ensure that electric customers receive safe and reliable electric service, National Grid should explain electric system changes or developments that have occurred that affect the need and timing for the transmission projects that were considered avoidable, assuming the Dunkirk refueled units are in-service in September 2015."

NYISO and National Grid were given until Sept. 24 to respond to this request.

NRG Energy's Huntley Power LLC on Aug. 25 filed a brief notice with the commission that it intends to cease operation and retire Units 67 and 68 at the Huntley facility on March 1, 2016. Huntley Units 67 and 68 are coal-fired units, with 218 MW of nameplate capacity apiece, that began operating in 1957 and 1958, respectively. The units are located in Tonawanda, N.Y., and are interconnected to the National Grid system in NYISO's Zone A.

"The current power prices and market conditions in New York State are such that it is no longer economical for NRG to continue operating the Units," said the Aug. 25 notice. "Thus, because the facility is not currently economic and is not expected to be economic, NRG intends to retire the units. Should circumstances change, NRG will notify all parties to this notice. NRG is simultaneously providing a copy of this notice to the NYISO and National Grid in accordance with the Order and Technical Bulletin No. 185 issued by the NYISO."

The New York PSC on May 14 agreed to extend a grid reliability deal for the coal-fired Dunkirk power plant of NRG Energy for another seven months. On March 2, Niagara Mohawk Power d/b/a National Grid had submitted a request seeking approval for a seven-month extension to its reliability support service agreement with Dunkirk Power LLC, which was previously approved in May 2013 (called the "2013 RSSA"). National Grid advised that the initial term of the 2013 RSSA ends on May 31, 2015, while reliability needs expected after that date necessitate the continued availability of the Dunkirk facility.

National Grid reports that it determined the reliability need will continue beyond May 31, 2015, because Dunkirk remains necessary to maintaining the reliability of the transmission system in western New York. Absent an extension of the 2013 RSSA, National Grid concluded that the state of the transmission system in the area would not meet applicable reliability requirements, and would place service to customers at risk. Accordingly, National Grid sought a seven-month extension of the agreement from May 31, 2015, to Dec. 31, 2015, while it works to complete on-going system reinforcements.

The extended agreement gives National Grid the unilateral right to terminate the RSSA prior to Dec. 31, 2015, in the event Dunkirk completes the coal-to-natural gas conversion provided for under a separate repowering agreement, which was approved by the commission in June 2014 and supported by Gov. Andrew Cuomo. That coal-to-gas conversion plan for three of the Dunkirk units has stalled lately amid heavy opposition.

The New York PSC on March 2 granted a Certificate of Environmental Compatibility and Public Need to National Fuel Gas Distribution Corp. to construct and operate a natural gas transmission pipeline and associated facilities that will support the planned coal-to-gas conversion at Dunkirk.

Dunkirk Power owns and operates a coal-fired station in Dunkirk, New York, made up of a (nameplate) 100 MW Unit 1, a 100 MW Unit 2, a 217.6 MW Unit 3, and a 217.6 MW Unit 4, and is a generation-owning entity that sells its energy, capacity and ancillary services in the New York ISO-administered wholesale power market.