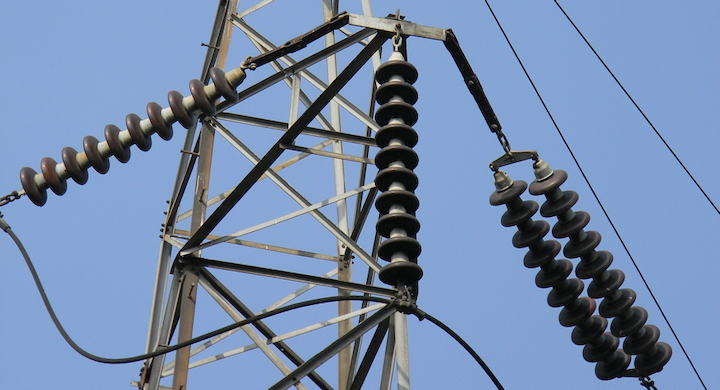 How often do you wash your car only to find bird poop on it as soon as you turn your back? Now what if you had this problem with equipment carrying hundreds of megawatts of electricity over transmission lines that serve half dozen states? This is a problem that plagues Bonneville Power Administration’s insulators and power lines.

An insulator is a ceramic device that prevents energy from leaving the power line and entering a transmission structure and the equipment on it. When insulators become damaged, they are ineffective at keeping the electricity on path. This leads the energy to “flash over” the insulator, causing an outage. A transmission crew is required to inspect the line and repair any damaged parts before it can be put back into operation.

Bird excrement appears to be a big factor in contaminating insulators — creating many flashovers and outages. The Electric Power Research Institute has been looking into ways to better monitor insulators.

EPRI works with utilities across the country to come up with new solutions to utility problems on issues from transmission lines to energy efficiency to cyber security. Through its Technology Innovation budget, BPA has $2 million to fund EPRI projects this fiscal year.

“The focus needs to be on installing technologies that continuously assess the condition of aging assets and can provide decision support mechanisms for both maintenance and replacement,” explains Dr. Andrew Phillips, transmission director at EPRI. “Maintenance requirements can be refined and actions can be initiated at the appropriate time, increasing cost effectiveness.”

One of EPRI’s portfolios is sensor technology that can be applied to transmission equipment to capture data on anything from the charge coming off a lightning bolt to the conditions at the time when a disconnect occurs. With 15,000 circuit miles of transmission lines with hundreds of thousands insulators spread across the Pacific Northwest and plenty of birds and other elements that can cause flashovers, BPA can use all the help it can get keeping equipment in service. With that in mind, BPA decided to install two sensor systems to gather more data on outages caused by flashovers.

BPA chose a sensor that monitors energy leakage on a string of insulators. The sensors are part of a larger program that started in 2010 and has pilot programs in the Northwest, Texas, and as of last year, Wyoming. BPA’s sensors will be the western-most test point.

“The technology has two parts,” explains BPA project manager Andy Bui, an electrical engineer in transmission line design. “The first part is the sensor that is installed on the insulator string to monitor for leakage current. The data is sent to a second part at the base of the tower structure. The base unit also monitors environmental factors like ambient temperature, rainfall and humidity. A communication device in the tower’s base sends all of this data to EPRI in North Carolina.”

The information will be available to both EPRI and BPA for analysis. The program includes an algorithm that will trigger a warning when the sensors detect a high level of electrical leakage at the insulator. Researchers hope this will allow BPA to identify and fix leaks before an outage occurs, improving BPA’s efficiency and reliability.

“The test will let us know if there is a predictable nature to the outages that can be tracked by the sensors to keep lines in service and generating revenue for the agency,” says Terry Oliver, BPA’s chief technology innovation officer.

The sensor data will be analyzed to identify certain conditions that might be triggering these events, for example, fog. EPRI has been compiling data from sites across the country to gain insight into whether flashovers are caused by common environmental impacts or other conditions on the system.

The first set of sensors at BPA was installed on the Taft-Bell No. 1 line, chosen for its known history of unplanned outages. Nate Lyash, an EPRI representative, was on site to demonstrate the installation on the ground and stayed to help direct the crew when the linemen were up in the air. Terry Kugler, the Bell lineman foreman III, thought the installation was straight forward and went smoothly.

A second sensor installation was completed May 19 on the Bell-Boundary No. 3 line, another problem area.

BPA and EPRI will monitor the sensors over the coming year. “Hopefully, this technology will lead to new insights on insulator flashovers and help prevent outages in the future,” says Oliver.