Transmission investment in 2015 forecast at about $17.2 billion

Driven by a lower load growth and policy uncertainty, the number of new project announcements is slowing 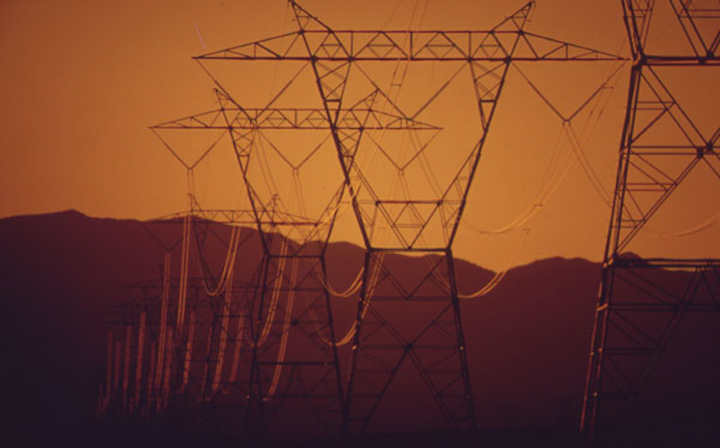 Transmission investment in 2015 is forecast at about $17.2 billion in projects, down from about $23 billion that was forecast earlier this year, PennWell Director of Hub Services Kent Knutson said on June 10.

Discussing transmission investment trends during TransmissionHub’s “Quarterly Market Update” webcast, Knutson noted that 2015 is a good year, but with investments lower than expected. Some projects are being pushed for completion into 2016, while in “2017 and beyond, a lot of the projects are conceptual and it’ll be interesting to see how they move forward and get developed.”

He said, “Driven by a lower load growth and policy uncertainty, the number of new project announcements is slowing, with most of the focus on reliability.”

Most of the current projects are being built for reliability purposes “and in some cases, [there are] some economic reasons behind them in terms of [congestion relief] in high growth areas,” he said.

There are also some projects aimed to interconnect new power generation like solar and wind farms, as well as new natural gas sources, he said.

“In the 2015 timeframe, we’re looking at about $17.2 billion in projects – that’s the total value of those projects that have been under construction, in some cases, for a few years and even more,” he said.

Of that $17.2 billion investment, $8.6 billion is under construction, according to Knutson’s presentation.

Statistics support a robust transmission market, but it is slowing, he said.

According to his presentation, high voltage direct current (HVDC) projects represent a $53.1 billion investment over the next decade. In addition, underground and underwater projects account for $19.6 billion, increasing from $17.3 billion from last quarter.

Knutson noted, for instance, that a lot of the development is occurring in the West and Northeast, in the WECC and NPCC NERC regions.

As for transmission development by sponsor type, he noted that in the 2014/2015 timeframe, few merchant transmission projects have or are expected to come online, but that changes rapidly as one looks toward the 2017/2018/2019 time frame.

Knutson also discussed top 2015 projects that have been energized through June, including:

His presentation further listed top projects scheduled to come online in 2015, that are under construction as of June, including:

· Most of the segments of Southern California Edison’s (SCE) 250-mile, 500-kV, estimated $1.7 billion Tehachapi Segments 4-11 in California – total project completion is likely in 2016

Furthermore, his presentation listed the top projects that are scheduled to come online in 2016, that are under construction as of June, such as:

Discussing transmission uncertainties, Knutson said that load growth has been “very anemic,” adding, “[T]hat has a lot to do with a lot of projects that we’re seeing being pushed into later periods, moving from one year to the next.”

He noted that two CapX2020 projects in Minnesota, South Dakota and North Dakota have come online, with one major segment expected next year. The Tehachapi project remains ongoing, he said, adding, “It was scheduled to be completed this year, but it looks like that’s going to happen next year.”

Meanwhile, the Gateway project continues to move along, with project developers “awaiting a key decision on permitting for two of the segments,” he said.

Knutson said, “[There are] still large projects out there, but what we do see is that [there are] fewer and fewer new announcements.”

There is also some uncertainty involving the U.S. Environmental Protection Agency’s (EPA) final carbon emission rules – 111(b) and 111(d) – which are expected to roll out this summer, he said.

“There are at least 15 states that are suing the EPA on this. There are several state legislators who have voted and passed legislation that [calls for them to have] final approval of any compliance plan that their state is ready to submit.”

Those rules have positive and negative connotations for transmission development, with positives including that more renewable resources will be needed and large transmission projects will need to be built to move that power, he said.

Interregional planning driven by FERC Order 1000 is progressing, he said, referencing a couple of “key events” that have happened recently, including FERC in May conditionally accepting the compliance filings submitted by ISO New England, New York ISO and PJM Interconnection to comply with the interregional transmission coordination and cost allocation requirements of Order 1000.

As for coal, Knutson noted that the resource “continues its downward spiral – it’s going to be hard to see exactly what that’s going to mean a year or two from now.”

Also, the “dash to gas, solar and wind continues,” Knutson said, but as noted by PennWell’s GenerationHub, “a lot of the gas projects, [as well as] solar and wind have been in the planning now for some time, with scheduled online dates of 2015 and 2016,” but are being pushed out into later years, much like what is being seen in the transmission market.

Reasons for the delays involve the uncertainty surrounding the federal production tax credit and incentive tax credit, as well as lower overall electric demand, he said.

Transmission drivers include aging infrastructure and reliability upgrades, which are “the primary focus” of most new development, Knutson said.

Other drivers include compliance with the EPA’s Clean Power Plan standards, as well as with new National Ambient Air Quality Standards (NAAQS) expected to be presented in October. Compliance with NAAQS, he said, could “be a boost for renewable projects, especially long-haul western projects … that are planned to move power into the California market, which is the number one state that’s affected” by NAAQS.

Regarding challenges, Knutson noted that the biggest challenge is the declining and flat load growth as that could slow development. But, there is a need to upgrade aging infrastructure and “harden the grid,” he said.

As his presentation noted, other challenges include that diminishing incentives like lower returns on equity could stymie investment.

Article amended at 5:15 p.m., EST, on June 16, 2015, to update the estimated costs of the Fargo–St. Cloud–Monticello and Hampton–Rochester–La Crosse projects. Article amended at 10:55 a.m., EST, on June 17, 2015, to amend the project name to Fargo–St. Cloud–Monticello, and to note that Xcel Energy and American Transmission Company jointly developed the Badger Coulee project.