The proposed new facilities must be in service by June 2018, as requested by the Northern Virginia Electric Cooperative 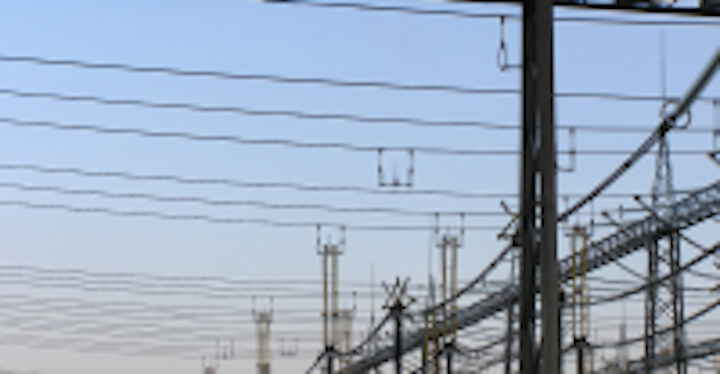 The proposed new facilities must be in service by June 2018, as requested by the Northern Virginia Electric Cooperative (NOVEC). The project’s estimated cost is about $13.2 million (2015 dollars), of which about $5.9 million is for transmission line construction and about $7.4 million is for station work, Dominion Virginia Power added in its May 20 application for approval and certification of electric facilities filed with the Virginia State Corporation Commission (SCC).

“The proposed facilities will afford the best means of meeting the continuing need for reliable service while reasonably minimizing adverse impact on the scenic, environmental and historic assets of the area,” Dominion Virginia Power said.

The proposed Yardley Ridge station is located in an area west of Loudoun County Parkway and south of Arcola Road, and will be built with four 230-kV breakers in a ring arrangement and other associated equipment. NOVEC has indicated that it intends to install four 100 MVA 230-34.5-kV transformers and eight 34.5-kV distribution feeders to serve the NOVEC customer’s load.

The double circuit Yardley Ridge Loop was chosen over single circuit taps because the load at the Yardley Ridge station is projected to exceed 100 MW by summer — beginning June 1 — 2018, Dominion Virginia Power added.

Neither of the Dominion Virginia Power stations containing distribution-level voltages in the vicinity of the NOVEC-requested delivery point — Brambleton station and Walney substation — is suitable to be a long-term source of power to serve NOVEC’s projected loads associated with the delivery point request because all available circuit capacity is being used for Dominion Virginia Power for its native load, including bridging power for a major new high-technology development, as detailed in the company’s application filed in SCC Case No. PUE-2015-00053 (the Poland Road project).

Dominion Virginia Power added that all of its distribution alternatives to the proposed project were therefore rejected.

Among other things, the company discussed the proposed 0.4-mile route, noting that it begins at a tap point along the Brambleton–BECO Line #2137 transmission line, about 260 feet south of Broad Run and about 150 feet west of the planned Loudoun County Parkway extension.

In a May 27 letter to the state Department of Environmental Quality (DEQ), SCC staff requested that the DEQ coordinate a review of the company’s application by the appropriate agencies and provide staff with an impact review.

In a separate May 27 letter to the state Office of Wetlands & Stream Protection, staff said that it awaits the office’s determination of completeness of the information received or its listing of information that the DEQ needs to begin the wetland impacts consultation.