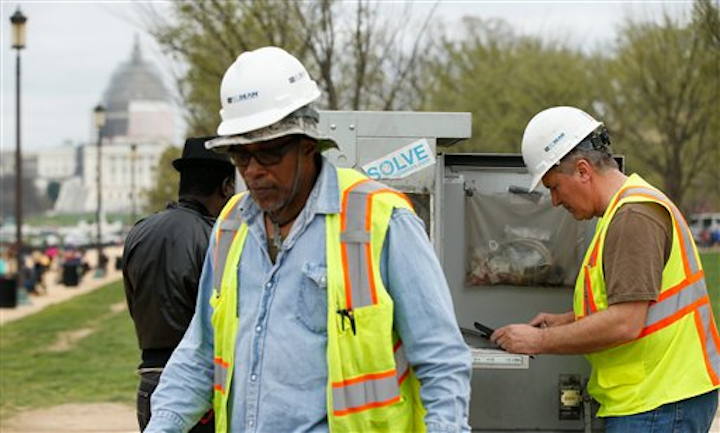 Pepco Holdings said April 7 that it had experienced a “dip in voltage” in the Washington, D.C. area, which was caused by a problem with a transmission line.

“There was never a loss of permanent supply of electricity to customers,” Pepco said in a news release posted on its website in the early afternoon. CNN quoted a White House spokesperson as saying that grid power was temporarily lost at the White House, causing it to temporarily deploy “backup power.”

CNN reported at about 2:30 p.m., EST that things were gradually returning to normal in the Washington, D.C. area.

“The dip in voltage caused equipment at some customer facilities to transfer to their backup systems,” Pepco said. “The momentary outage occurred because of customer equipment responding to a dip in voltage. Customers should be able to operate their own equipment at this time. There are no current supply problems. We have crews onsite investigating the cause,” Pepco said.

CNN also reported that emergency crews had been dispatched to a Southern Maryland Electric Cooperative substation.

In an April 7 statement, PJM Interconnection noted that at about 12:30 p.m., EST, a major disturbance on the transmission system in the Pepco area caused several power plants and transmission lines to shut down. As a result, some retail customers lost electric service.

At the transmission level, PJM added, the outages of customers equaled between 200 and 500 MW of power. The problems seem to be limited to the D.C.-Maryland area, PJM said.

PJM and local utilities are restoring power supplies and electric service. PJM also said that the transmission grid is stable, and that the cause of the disturbance is under investigation.