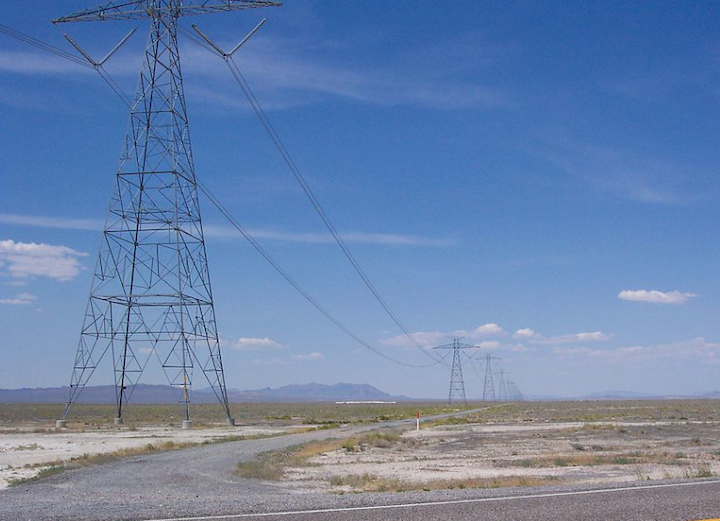 CHEYENNE, Wyo. (AP) — A planned 730-mile power line project to export Wyoming wind power to southern California has passed a regulatory milestone with the release of a federal environmental study.

The U.S. Bureau of Land Management on Friday opened a 30-day period in which it will accept any protests against land-use changes for the TransWest Express project in the works since 2007.

It remains difficult for anybody to say when the project will get a final go-ahead. The 3,000 MW project faces at least a couple more rounds of federal scrutiny before it will be allowed to be built and deliver green energy to as many as 1 million homes.

"It's a long and hard process to try to permit and site anything on federal land," Loyd Drain, executive director of the Wyoming Infrastructure Authority, said Friday. "We're hopeful that this is just one step toward that final goal of getting this project built and seeing power flow to California. That will be a great day."

TransWest Express LLC, an affiliate of Denver-based The Anschutz Corp., proposes to originate the transmission system in south-central Wyoming, where another Anschutz affiliate, Power Co. of Wyoming LLC, plans to build what could be one of the biggest wind farms in the U.S.

The Chokecherry-Sierra Madre wind farm, which will generate up to 3,000 megawatts from as many as 1,000 turbines, also is undergoing review by the Bureau of Land Management.

The towers supporting the power lines will be between 100 and 180 feet tall. About 38 percent of the route will follow existing utility corridors, said Bureau of Land Management spokeswoman Beverly Gorny.

"The last major high-voltage transmission lines were built in the '70s. So this is fairly rare," Gorny said.

Windy Wyoming has vast wind energy potential. One problem is its windy ridges tend to be many miles from populated areas, let alone urban centers.

Wyoming has no renewable energy portfolio requirement — it produces more coal than any other state and considerable oil and natural gas — but lately could stand to further diversify its energy industry.

The outlook for coal amid greenhouse gas regulations is weak. Low prices for oil and natural gas, meanwhile, have sapped interest in drilling in Wyoming.

California Gov. Jerry Brown announced this week that his state will seek to reduce carbon emissions 40 percent below 1990 levels by 2030.