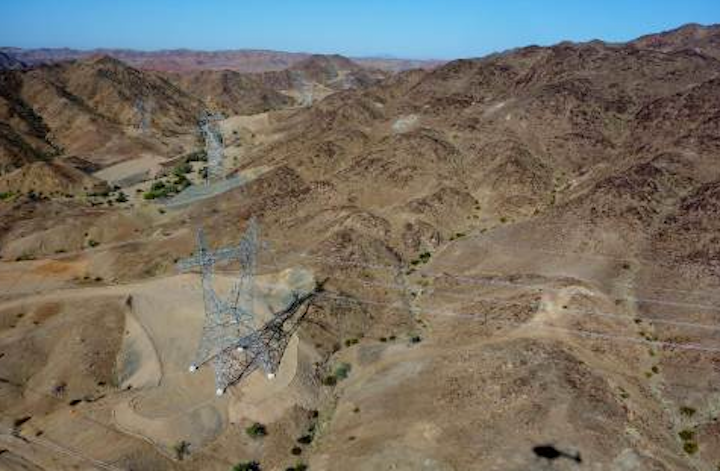 Arizona Public Service recently completed work on one of the largest electric transmission construction projects in the west — a 500-kV power line that connects Phoenix to Yuma. The project will bolster the reliability for Yuma area customers and the entire desert southwest.

The 110-mile transmission line runs from the Hassayampa substation (near the Palo Verde Nuclear Generating Station) to the North Gila substation in Yuma. Aptly called HANG2, the $200 million project is the second route connecting the Valley to Yuma.

Construction planning for the HANG2 line began more than a decade ago, as Southwest Arizona’s population began to rapidly expand. According to census data, Yuma County’s population has increased by 27 percent since 2000.

Construction on HANG2 began in August 2013. The largest transmission construction project completed by APS in more than 25 years, the benefits for customers extends well beyond Yuma, essentially increasing reliability for the entire desert southwest.