Eversource Energy’s share of the 345-kV Interstate Reliability Project, which the company is building in northeastern Connecticut, is about 90 percent complete 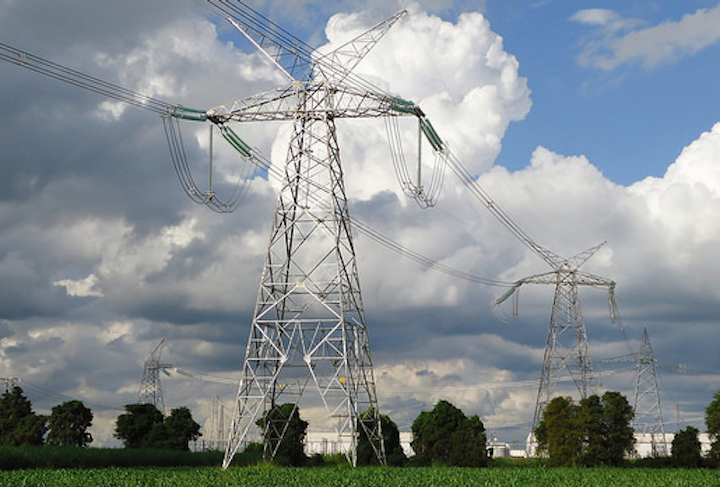 Eversource Energy’s share of the 345-kV Interstate Reliability Project, which the company is building in northeastern Connecticut, is about 90 percent complete as of March 31, Jim Judge, Eversource executive vice president and CFO, said on April 30 during the company’s 1Q15 earnings conference call.

“We expect it to enter service late this year,” he said of the project, which spans Connecticut, Rhode Island and Massachusetts.

“Also, over the past two months, we have filed the first two of what will be several siting applications for our $350 million suite of Greater Hartford projects,” Judge said, adding that the first of those two projects was approved two weeks ago and the company expects to begin work on that project this summer.

A company spokesperson told TransmissionHub on April 30 that the Connecticut Siting Council approved Eversource’s request two weeks ago to upgrade an existing 115-kV transmission line between the Barbour Hill substation in South Windsor and the Manchester substation in Manchester — a distance of about eight miles.

The spokesperson said that the line upgrade would consist of replacing the existing wire and reconductoring with a higher capacity wire of the same voltage. Upgrades are also proposed for each of the substations, including the addition of new equipment in both locations.

The spokesperson added that there would be no expansion of the existing fence lines at the substations. Work is set to begin this summer, with an estimated in-service date in the summer of 2016. The estimated cost of this project is $46 million, the spokesperson said.

Judge noted during the call that ISO New England (ISO-NE) has “selected a new overhead transmission project between Londonderry, N.H., and Tewksbury, Mass., as a means to reinforce the grid in the Greater Boston area, that we will jointly build with National Grid. ISO New England selected our project rather than an alternative, undersea project from Seabrook, N.H., into Boston. Later this year, we will file for New Hampshire siting approval for this project.”

According to a fact sheet by Eversource and National Grid, ISO-NE selected the Greater Boston and New Hampshire Solution in February to address the region’s reliability needs.

Each project, the fact sheet added, will undergo approval processes with siting authorities, as well as federal and state permitting agencies.

Also speaking during the call, Lee Olivier, executive vice president – Enterprise Energy Strategy and Business Development, discussed the Northern Pass project, noting that the U.S. Department of Energy (DOE) has indicated that it will release its draft environmental impact statement (EIS) in the June/July timeframe. Following that release, DOE will solicit written and oral comments on its findings before the report is finalized.

“Assuming the draft is issued in the June or July timeframe, we expect to file our state application with the New Hampshire Site Evaluation Committee late this summer,” Olivier added, noting that the committee will have up to two months to determine whether the application is complete, and then up to 12 months to rule on the application.

The company continues to engage various constituencies to understand their concerns and try to address them, he said, adding that the conversations have been constructive.

There is growing momentum around the Northern Pass project, he said, noting that two proposed bills at the state Legislature, which “would have hurt the project,” did not move forward, with one being retained in committee and the other being “soundly defeated.”

Also, in March, the company announced a new conservation partnership with the National Fish and Wildlife Foundation dedicated to restoring and sustaining healthy forests and rivers in New Hampshire, he said.

According to the project’s website, Northern Pass announced in March that it is part of a new effort, called “Partners for New Hampshire’s Fish and Wildlife,” that will bring more than $4.5 million in land conservation and restoration grants to New Hampshire.

Olivier said of the Northern Pass project, “We expect to receive both state and federal approvals in 2016, commence construction in the second half of 2016, and have the project substantially complete on both sides of the border by the end of 2018.”

He added, “[W]e anticipate all testing to be complete and full operation taking place in the April/May timeframe” in 2019.

Olivier said that the company continues to estimate the cost of about $1.4 billion for Northern Pass, and that could change depending on conditions related to the regulatory approvals.

"This project continues to offer enormous benefits to the state of New Hampshire and to the region as a whole," he said.

He also noted that Massachusetts, Connecticut and Rhode Island in late February “jointly unveiled a draft solicitation for clean power sources that would likely need new transmission to be connected to the grid.”

According to the Feb. 25 draft RFP, the solicitation seeks projects that would allow Connecticut, Massachusetts and Rhode Island to achieve their clean energy goals more cost effectively in collaboration than if each state were to work independently.

“We believe we will be well-positioned in an RFP process to build transmission that connects significant clean energy sources to the region,” Olivier said during the call. “We do have other potential projects besides Northern Pass that we may bid into the RFP as well, and we will make those public at an appropriate time.”