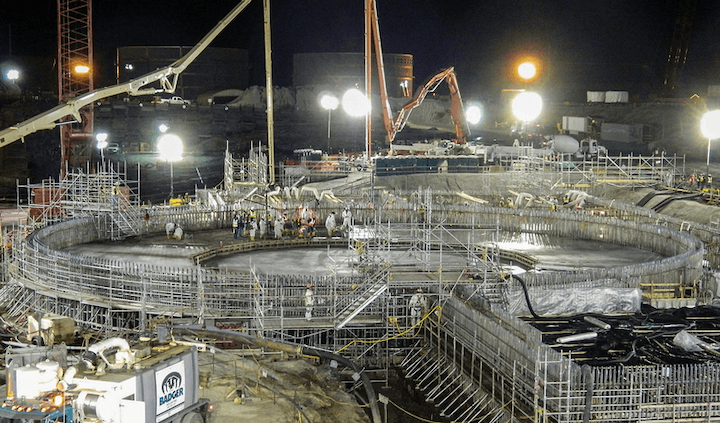 COLUMBIA, S.C. (AP) — Saying it’s “egregious” that a state-owned utility lobbied against its own sale following a multi-billion dollar nuclear construction debacle, South Carolina’s governor on Wednesday called on Santee Cooper to halt its lobbying efforts and instead focus on securing the most economic rates for its customers.

McMaster has long railed against Santee Cooper, co-owner in the now-defunct effort to build two new reactors at the V.C. Summer Nuclear Station. Shortly after the $9 billion project’s failure last summer, the governor began trying to recruit someone to buy the utility, which provides electricity to the state’s electric cooperatives.

McMaster has said he could recoup some of the $4 billion Santee Cooper sunk into the project by selling the utility – and potentially getting the buyer to restart construction of the reactors. The governor tussled with former Board Chairman Leighton Lord over what McMaster called Lord’s failure to turn over documents related to the project, a dispute that ultimately led to Lord’s resignation.

In the months since, the governor said, Santee Cooper began hiring lobbyists to try to tamp down support for any sale.

Santee Cooper customers currently pay about $5 a month for the nuclear project. The utility had been mum about what the V.C. Summer failure would do to its rates until earlier this month, when executives said they expected a 7 percent increase to account for the project failure.

Reiterating his vow to veto any proposed legislative fixes that include continuing to charge customers any amount for the failed nuclear project, McMaster said selling the utility is the only salient option.

“There is no way for Santee Cooper to economize its way out of that,” McMaster said, of the debt.

A Santee Cooper spokeswoman didn’t immediately return a message seeking comment. Officials have previously said the utility asked its four lobbyists currently in Columbia not to advocate for or against the sale.

McMaster also called on lawmakers to confirm former Attorney General Charlie Condon, his pick to lead Santee Cooper’s board, as well as to come up with a plan to sell the utility during this year’s session, which wraps up in May.