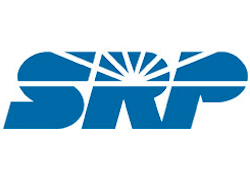 Hummel, 57, will assume responsibilities in May. Hummel is currently SRP’s deputy general manager of resources & finance. Bonsall announced his intention to retire last year after working at SRP since 1977.

“I am honored to have been able to work at this company for the last 35 years of my life and humbled to have been chosen to continue to build upon SRP’s already strong legacy,” said Hummel. “The community we serve can expect that I will lead this organization in the best interest of our electric customers, water shareholders and our dedicated employees.”

“We had a number of strong, experienced candidates that the committee fully considered, but I am confident we made the right choice in Mike to lead SRP and build on the strong leadership Mark Bonsall has shown since he was named General Manager in 2011,” said Rousseau. “Mike has the experience and the expertise to provide the type of leadership that will continue to serve our customers well.”

“Mike Hummel is eminently capable of dealing with the challenges public power utilities face as the industry moves into a new era,” said Bonsall. “Our mission has always been to deliver low-cost, reliable power and water. I have every confidence that Mike Hummel will guide SRP into the future with our customers and the community’s wellbeing at the forefront.”

SRP is the largest provider of electricity in the greater Phoenix metropolitan area, serving more than 1 million customers.