Some utility customers get a break from corporate taxes, some don't 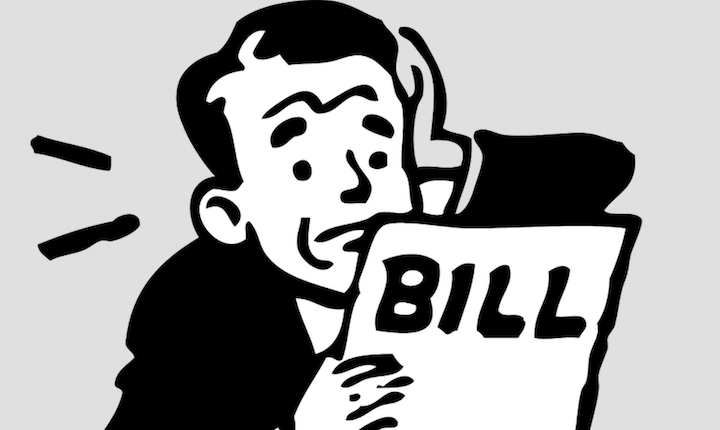 COLUMBUS, Ohio (AP) — Utility companies around the nation are reacting in varied ways to states' demands that they return federal tax cut proceeds to their customers. Some companies are readily complying, while others are balking.

Pressure to send the savings back to electricity, gas and water customers regulated at the state level escalated recently after FERC demanded federally regulated utilities report back to them about the potential tax windfall and returning the money to customers.

David Hayes, director of the State Energy and Environmental Impact Center, said that should boost efforts by consumer groups, elected officials and public utilities commissions from California to Maine who have been pushing for state-regulated utilities to pass along the tax cuts to customers.

"Hopefully, the fact that FERC came out so quickly and emphatically about this issue will help the advocates in the states — attorneys general, and others — to push the PUCs and the utilities to return those funds to ratepayers," he said.

At issue is an estimated $1 billion in tax savings this year and $5 billion over the next two years.

President Donald Trump signed the $1.5 trillion tax cut package into law in December. It provides generous tax cuts for corporations, including utilities, but more modest reductions for middle- and low-income individuals and families. The law's corporate tax rate reduction affects regulated utilities because taxes are an expense the companies pass along to consumers.

Among the big questions posed by the law's passage is how much should go back to customers and over what period, said Ken Costello, of the National Regulatory Research Institute, which represents state utility regulatory commissions.

"It's not as easy as it appears on the surface," Costello said.

Democratic Massachusetts Attorney General Maura Healey was the first attorney general to call for the return. Others soon followed. A bipartisan coalition of attorneys general, state agencies and consumer advocates from 18 states called on the federal government to assure public utility customers — not utility shareholders — receive the benefits of the federal tax cut.

Among the group was Kentucky Attorney General Andy Beshear, a Democrat, who sent a letter to the Federal Energy Regulatory Commission asking for a rate reduction that would pass the tax savings directly to customers.

"Kentuckians were called upon to pay utility bills at the previous, higher tax rate, and now that the companies' taxes are lower all the savings should be returned immediately to each ratepayer," he said.

Oklahoma Attorney General Mike Hunter, a Republican, filed five motions with the state's utility regulatory body seeking immediate customer rate reductions. The Corporation Commission approved his proposals in a 2-to-1 vote. At least one utility serving the state, Oklahoma Gas & Electric, has said it will embed the tax savings in its upcoming rate package.

Alternatively, some utilities want to put the tax savings toward infrastructure. Florida Power & Light Co., for example, says it will put the money toward repairs from Hurricane Irma, eliminating the need for a surcharge for customers and saving them an average of $250.

Costello said other power companies contend there are factors complicating the issue and that they first need to know more about the new tax law.

The commission's order for companies to begin tracking how much they are over-collecting when using delivery rates developed under the previous 35-percent federal tax rate, rather than using the new 21-percent rate is still under negotiation.

"This is a significant and complex undertaking, and the (companies) urge the commission to methodically pursue the task in a thorough manner using a process that is fair and deliberate for each utility," the companies said in the filing.